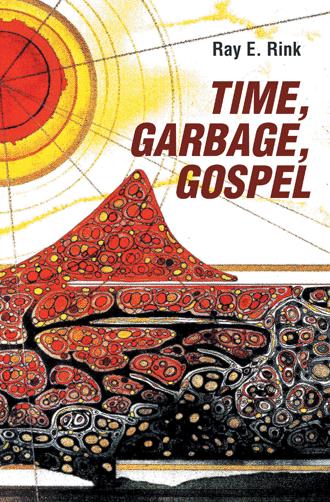 Physicists, biologists, and theologians have tried to think deeply about some of the questions surrounding the mystery of time. Why must there be an arrow of time? Did time have a beginning? Will it ever end? Where does God stand in relation to time? Evolutionary biologists and cosmologists have tried to make use of what is known of time in order to explain how life forms and the universe came to be as they are today. But there remain many questions for which no satisfactory answers have yet been found. It is very difficult, some would even say impossible, to think about existence without time. We have no experience of timelessness and can scarcely imagine how it would be. Indeed, thought and imagination are temporal processes. These explorations and their current status will be discussed more thoroughly in subsequent sections of this book.

This is a book about time, that mysterious web in which we seem to be trapped. Many poets, philosophers, and scientists have tried to explore some of its mysteries, such as the Arrow of Time (Why must there be one?), the beginning and end (Was there a beginning? Will there be an end?), and questions concerning time travel (Is it possible?).

Ordinary clock time, as extended by Einstein, has been the starting point for most explorations. This kind of time is easily described and measured, but is not easily related to subjective human experience or to the deep questions mentioned above. The author introduces another measure of time, called entropic time, which is directly related to the processes of aging, changing, and decaying that we observe and experience.

Modern physics and astronomy have shown that entropic time is indeed irreversible, is always increasing, that it started from zero at the event we call the big bang, and that it corresponds to the aging and expansion of the universe ever since. That’s the bad news.

The author notes that many people seem to have surrendered any hope of renewal, dreaming instead of escape from a doomed earth by travel to other planets. He maintains that such speculations are folly and that we must rather cherish and conserve this beautiful planet that we occupy instead of going out to trash other planets as well.

The good news is that the Creator of the universe is also the Lord of Time, the Alpha and the Omega, and that the chaos and decay that we see will end with the resurrection of those who have died in Christ and the renewal of the universe. This is the promise from God’s Word.

The author is a retired engineer and lives with his wife on a small farm in north-central Alberta. They also spend some winter months at a cabin in the Gila Mountains of southwestern New Mexico. He received post-secondary education at MIT (BS, 1962) and at University of New Mexico (PhD, 1967). He has been employed by Sandia Corporation, Albuquerque NM, by Oregon State University and by the University of Alberta, and most recently as an engineering consultant to the oil-sands industry in northern Alberta. The author enjoys reading, writing, hiking with his wife and dogs, and flying airplanes.