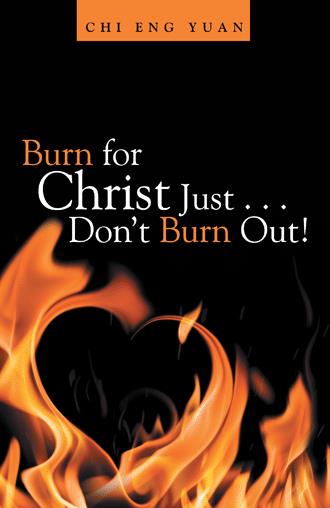 “Six causes of burnout that do matter
Spirituality matters
Pastors, church planners and missionaries are invariably at risk of spiritual dryness. Seeking life from sources other than God (Jeremiah 2:13) or Jesus Christ can be devastating to those called out of the “desert” to the “living water . . . welling up to eternal life” (John 4:10, 14). Jeremiah described such “spiritual dryness” in one who is avoiding God, saying that he will be “like a bush in the wastelands; he will not see prosperity when it comes. He will dwell in the parched places of the desert, in a salt land where no one lives” (17:6).
Spiritual dryness refers to when a pastor feels he has no time for, or spends less time in, devotions or being alone with God. The result is a minister who begins to feel like a plant without water. Comparing similar patterns throughout the course of church history, theologians such as Bruce Demarest and Charles Raup (in their article for Criswell Theological Review, “Recovering the Heart of Christian Spirituality”) warn that American Christianity suffers from excessive dependence on a self-determination, “intellectualism,” and “ethical achievements.”

Rest matters
Survey after survey has documented the contribution of insufficient rest to burnout among clergy. Excessive demands on time—fueled by the unrealistic expectations placed on pastors by both their congregations and themselves—and the attendant lack of sufficient rest have become the norm among pastors nowadays.
Burnout does not occur just because of a heavy workload but also because of inadequate time for Sabbath and rest. The association of Sabbath with creation, found in Genesis 2:1-3 and Exodus 20:11, is part of the fourth commandment. Under normal circumstances a day other than Sunday is usually set aside for pastors to spend time with God, family, and others. That day is the pastor’s Sabbath. By understanding the true meaning of the Sabbath, any time or day can become a pastor’s Sabbath, because the same Resurrection that inaugurated our Lord’s present reign in power and attested His deity has also transformed every day into His day.

Compatibility matters
Incompatibility with ministry may occur when an individual does not appreciate the true nature of the pastorate or the extent of his personal limitations and gifts. When pastors believe themselves to be inferior and incapable of facing the challenges, it is typically because (1) they have doubts about their callings; (2) the particular pastoral position comes with an overwhelming job description; and (3) lay leaders and congregations reinforce the natural tendency to put pastors on pedestals.
That is the time for the pastor to review God’s calling, for God is the one who provides the strength for His servants to meet the needs of the sheep, and He never leaves a pastor without the resources needed to fulfill his calling. The pastor also needs to wrestle with Jesus’s call for His disciples to be “servants of the Lord”; spiritual authority and leadership come only through the path of suffering and sacrifice (Mark 10:38-39). For example, Paul did not abuse his leadership position but was humble enough to serve with those same status symbols (2 Corinthians 3:9; 11:26-29).

Confidant matters
A Christian minister needs a support system when it’s necessary to reestablish priorities, regain perspective, and find refuge in times of trouble. To find real friendship can be complicated, depending upon how the pastor views himself. If he views himself only in the terms of his vocation, a relational distance may separate him from the congregation. Finding the needed support is also compromised by a prevailing culture that promotes the values of individualism, intelligence and self-sacrifice.
There are times when the need for a confidant in ministry is imperative. Even Our Lord needed a personal confidant, a trustworthy disciple to support him. Jesus asked his disciples, especially his core group—Peter, James and John—to accompany Him when He prayed in the Garden of Gethsemane (Matthew 26:36-38). Paul, too, needed a confidant. He described Timothy as “one soul, one spirit, and one mind” with him, to share friendship (Philippians 1:27, 2:20). Thus, Paul naturally requested Timothy to be with him near the end of his life (2 Timothy 1:16-18; 4:17). He also treasured those “true yoke-fellows, who have labored side-by-side with me in the gospel” (Philippians 4:3). In his friendship with the church of Philippi, he was bathed in spiritual prayer and material support.
Conflict matters
Conflict is another significant factor that may contribute to burnout. My research shows that it is not uncommon for a pastor to be forced out as a direct result of conflict between himself and powerful leaders, or between a senior pastor and other pastoral staff. Since conflict in ministry is inevitable, and unresolved conflict likely contributes to burnout, it is critical for a pastor to manage conflict effectively, both with other pastoral staff and with the congregation.
While conflict can display the true character of a pastor, it can also push a pastor into imbalance, and even progress to burnout. Paul’s experience recorded in 2 Corinthians made him the perfect candidate for burnout. He loved the Corinthian church but encountered repeated challenges and even attacks from the Corinthian congregation; he was at great risk of emotional exhaustion and withdrawal from those who attacked him, and it could well have caused him to evaluate himself negatively, particularly in regard to his ministry with the Corinthians. Tension between a godly pastor and a worldly church, resulting in emotional exhaustion or even burnout, can be due to longstanding conflict, just as in the church of Corinth in the first century.”

At one time or another, all ministers ask the questions or face the challenges of losing their passion for ministry. This author contends that the major contributor to a loss of passion or interest in ministry in general is burnout. This book consists of two major sections. In the first major section, chapters 2 through 4 are about our vertical relationship with God in terms of our passion to serve, our spirituality, our understanding and practice of rest (Sabbath), and our compatibility. In the second major section, chapters 5 through 7 are about our horizontal relationship with others in terms of our confidence, our management of conflict with others, and our approach to the culture around us.

Chi Eng Yuan, whose name means Amazing Grace, and his wife Kar-Shan (with whom he’s been married for 36 years in 2018). He was burnout as a pastor. His doctor of ministry thesis from Denver Seminary is about burnout. He has been a church planter, a pastor, a musician and has been do the ministry with his wife as the itinerant pastor of Association of North American Chinese Evangelical Free Church since 2013.