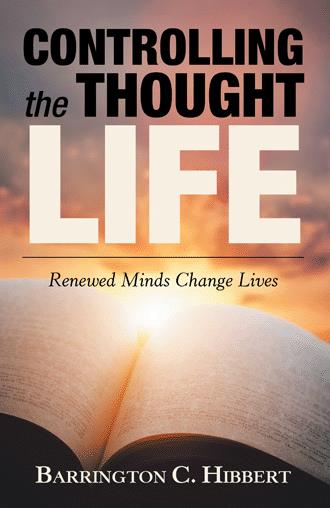 It is safe to assume that many reading this book have not experienced the challenges of being a soldier on the battlefield. Being a soldier is serious business, and it requires many sacrifices. Soldiering demands that person to dispense of a civilian mindset, and to think like a military person. Candidates for a soldier must not only be physically fit for service, but they must also be emotionally and psychologically conditioned to face the conditions that they may face in combat if they are to be successful. While most of us may never know what it is to be a soldier in the secular armed services, as believers, we are soldiers of sorts, with the difference being that our soldiering is done in the realm of the spiritual.

As spiritual soldiers, we will face numerous battles throughout the course of our lives. The battles that we face in our lives daily are won or lost in our minds, as opposed to on the battlefields on some foreign shores. One who thinks positively has the uncanny ability to pluck victory out of the mouth of defeat. Granted that that assertion is true, we need to control our thought life, because if we do not control our thought life, and focus on positive things, then we are at the mercies of negative thinking that are self-defeating.

One of the most important challenges that we face is to understand the sphere in which we are doing battle. We must determine whether we are fighting a spiritual or carnal battle. As such, we will have to determine the weapons that will be employed in the warfare. To fight a spiritual battle using carnal weapons, would be worse than sending men on horseback to fight a mechanized infantry unit, or sending soldiers armed with machetes to battle tanks with large and powerful guns.

Now, in this warfare in which we are engaged, we need to figure out how we are going to change our thinking. I believe that at birth our minds are like blank slates upon which life’s experiences will write their own inscriptions. We can, and do program our minds daily, based on what we allow in our thinking.

Those in the advertising business know this concept well, and have geared television and online commercials to capture our imaginations. I have never been a beer drinker. In my entire life, if I drank ten beers, that is a lot, but I can still remember the Miller beer commercial from the 1970s. The words and music still ring in my head every time I see a sign for Miller beer. The words to this commercial were, “if you’ve got the time, we’ve got the beer. Miller tastes too good to hurry through. If you’ve got the time, we’ve got the beer. Miller beer.” How did the Miller Company get me to learn that song? It simply programmed me by showing people in that commercial who seemed successful, dressed well, and were simply having a good time. The success of these advertising efforts is due in no small measure to the fact that the mind of the receiver is programmed. This programming is planned, systematic, and purposeful. In a similar way, if we are going to control our thought life in a positive way, it will take planned, systematic, volitional, and purposeful actions.

This foundational chapter which aims to define the sphere in which the battle for our souls are waged, also aims to inform the reader that the conditioning for this warfare starts with God’s Word. Consistent exposure to the Word, keeps us from sin (Psalm 119:9), gives light and understanding to the simple (Psalm 119:130), brings rejoicing to the heart (Psalm 19:8), cleanses us (John 15:3), it helps us to get what we ask from God (John 15:7), and the Word is Spirit and life (John 6:63), just to name a few benefits of being exposed to the Word.

Before a country goes to war, that country’s military leaders must assess whom they are fighting, what kind of military, political, and economic resources are available to that country. In other words, the military of the invading country must at the very least attempt to assess what they are up against. Without a realistic assessment, the invading country cannot adequately plan for this war, and is liable to lose.

So then, many times misunderstanding both our enemy and the difficult situations we face, instead of fighting a battle with prayers, we are fighting a battle of words, our words. Instead of engaging the enemy of our souls with spiritual weapons, that is, praying and reading the Word, we are fighting by quarrelling one with the other; all the while the devil is getting the advantage in this warfare. So, let us understand the sphere of our battles, and bring the appropriate weapons to the fight to assure our victory.

The enemy of our souls means business, and the warfare which is going on is at times fierce and vicious. In this warfare, the devil has no shortage of means, and he knows no scruples as to means. This means that Satan does not fight fair. He will throw everything in his arsenal at God’s people, and he has no remorse. Be prepared, for he is willing to employ any and everything he has at his disposal; your children, spouse, job, your church members, and even your own mind.

I wish however, that you would take courage in your battles, for the outcome is assured, if you fight the right fight, using spiritual weapons. We must understand that those who stand in violent opposition to us are not the children of God. They are the children of the devil. However, the Apostle Paul wrote: “Now thanks be unto God, which always causeth us to triumph in Christ, and maketh manifest the savour of his knowledge by us in every place” (2 Cor. 2:14). When we follow God’s lead, we always triumph!

The mind is where most of the battles in your life are won or lost. If the thought life is obedience to Christ, you can live a more spiritually fulfilled and successful life. In Controlling the Thought Life, author Barrington C. Hibbert helps you look at your negative thoughts in light of God’s word and discusses how to experience better outcomes in many areas of your life.

Hibbert addresses the thought life from a biblical perspective rather than from a psychological one. While psychology provides many insights, and offers some solutions, it is inadequate to solve the human problem, for at the heart, humanity’s problem is the sin nature, which only God can fix.

Controlling the Thought Life provides an inspired, straightforward, and easy-to-read discussion on an array of dysfunctional thoughts. It examines these chosen thoughts, applies God’s word to them, and encourages you to obey what Christ’s word has to say about them rather than letting these thoughts dominate you. Hibbert shows that you can be transformed by a renewed mind and can strengthen your walk with Christ.