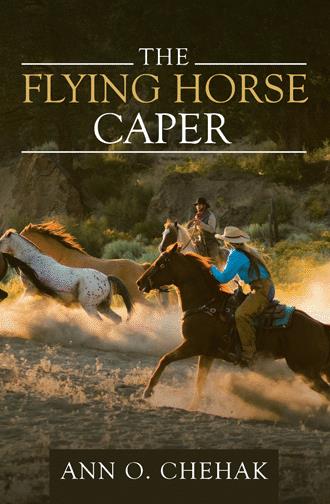 Seems to me that horse can take care of himself. He’s a nuisance if he ran your father’s horse off the bridge.” Cade came to a halt and raised his hand as a signal to stop. “There’s something up ahead.”
“Whoa, boy.” Kat stopped her horse and peered at the lush meadow grass. “I’ve dedicated my life to caring for these horses. I lost my pony years ago, but I could have averted her fall if I had been more attentive to the terrain. Maybe I could have prevented her from falling if I had more skill. I could have saved her life if I’d known what to do.”
“Kat, you were a girl. It wasn’t your fault.” Out of the corner of her moist eyes, she saw him turn to her.
“I won’t let it happen again. I’m an excellent rider, and I have the ability to render assistance in any emergency with my horses.” She wiped her tears and shifted her line of sight to the rocky outcroppings amid the field. “There’s a horse out there that may need my help, and I’ll find it.”
“Okay. Just remember, you take care of the horses, and I will take care of keeping the ranch secure. You can count on my help with the horses or the ranch.”
She blinked and sighed, her shoulders relaxed, and her sense for horses took over. “The past is past.” Determined to put it behind her, she raised her head and put on a watery smile. She felt his hand on her arm, reaching across the space between their horses, and the warmth of his solid touch gave her strength. “Thanks, Cade.”
Their quiet morning was gradually filled with the sounds of birds calling and critters scuffling through the grass. The two riders made their way along a thin, winding trail and then halted the horses.
Cade gazed through his binoculars and nudged his horse a few paces farther along. He pointed to a far-off gap in the wall of rock. “What’s beyond that pass?”
“It’s another trail leading to Tipi Falls. We take the experienced hikers and adventurous horse experts along that route.” Kat pulled out her binoculars and focused on the notch in the mountain and scoped out the path leading to it, but she saw no horses or signs of activity. She shrugged out of her warm white parka vest. Then she stuffed it in her pack and felt the warm sun on her shirt. “If I were a horse, I’d be content to enjoy the sunshine and green grass in the meadow.” A close-up view through her binoculars revealed the lush wildflowers and tall grasses nearby.
“Something’s there! I see movement along the trail through the meadow. I can’t make out what it is. It might be a coyote or a mountain lion.” She steered her horse through the grass.
“Kat, no! It could be a bear.”
Cade’s voice called her from behind, but she did not stop. Something moved in the grass ahead, hidden by the nearby rocks, and she urged Yukon through the tangle of growth pulling at her horse’s legs. A movement to her left showed Cade rode beside her on Teke. Her face flushed with a sweet rush of excitement, and she swept forward as one with her horse. The sensation reminded her of barrel-racing days with fast-flying horses, striving to be first to the finish line. The unknown animal hid behind a crop of tall, single stalks of soapweed, crouching and waiting. She urged her mount forward and tensed her muscles for the jump.
Kat landed with a solid thud and ducked as a cougar leaped from its perch above the rocky outcropping, heading straight for Flame, her missing horse. The black stallion rushed from the reeds and reared up on his hind legs, thwarting the cougar’s attack, and the cougar bounded toward the rocks.
“Flame!” She called after her horse, but it followed Thunder across the meadow, along the trail, and over the ridge.
Adrenaline pumping, she turned Yukon to follow them. A hand on her reins stopped her.
“Wait.” Cade relinquished his hold. “Have a care for the situation. We didn’t catch them last time because we can’t outrun them.”
Kat flung her hair that had come loose to the side and retied it with her bandanna. “Okay, what do you suggest because this time we don’t have a lame horse to hold us back?” She gave him her best glaring stare through furrowed brows. It was the stern look she reserved for unruly teenage riding students. Did nothing rattle this man? A cougar threatened her missing horse, the stallion entered a bucking fight with the cougar, both horses ran over the mountain trail, and he suggested she wait?
She waited under his scrutiny and let out her breathe when he gathered Teke’s reins. “The cougar won’t be back, so let’s go find your horse.” 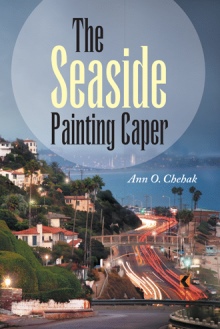 Cade, in dusty boots and cowboy hat, arrives under a cloud of suspicion, haunted by a past failure as he defends the Flying Horse under the mistrustful but tempting green eyes of the lady vet.

Someone with inside knowledge is putting the Flying Horse Ranch out of business and setting off a series of sabotage mishaps. A stable fire puts Cade on the trail of the arsonist and horse thief. He finds little evidence, no answers, and plenty of suspects but no proof.

Bad luck, sleuthing, and misfortunes abound for Kat, and riding into trouble, she comes across the terrifying reality of a wicked, inveigling hand grasping for what is rightfully hers. Her adversary is waiting and explodes in anger when crossed, terrifying Kat with his horrifying, crazy laughter.

Cade, by her side, goes after the man who once outwitted him. Can he find his faith and reclaim the courage to fight a battle he once lost?

Ann Chehak’s love of nature and penchant for wandering the trails and streams of California offer inviting and scenic backdrops for her stories. Ann launched her writing career drafting information technology manuals and project management plans and now writes adventurous mystery novels where the hero and heroine join forces to solve crime and find love in the end. She invites you to enjoy her mysteries, The Flying Horse Caper and The Seaside Painting Caper, written with a touch of inspiration and a hint of love. Visit Ann’s blog at http://www.annchehak.com/ where you can discover more about her writing.