The Wise Men and the Star 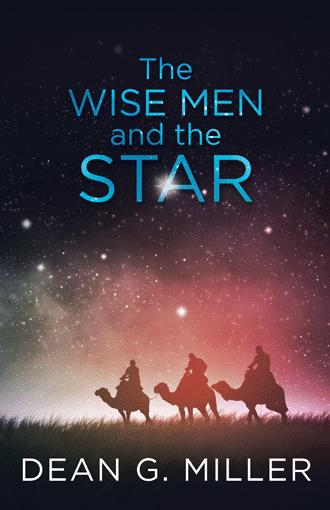 When I came into the Christian ministry having been steeped in secular culture, I had a problem, one that lingered for years during my ministry. The problem concerned reconciling two disparate points of view. My background was in the field of science, and I could not, in truth, reject many of the secularists' arguments as atheistic nonsense because, in fact, some of their arguments made logical sense. On the other hand, because I accepted the idea that these writings were inspired by God, I could not, and would not, simply dismiss them.

Nowhere was my dilemma more evident than in the very origin of Christianity: in the nativity itself as found in Matthew and Luke. I was not completely ready to reject the two birth stories found in these gospels as fantasies or myths, as secularists have done. But I had to agree with certain theologians who had pointed out for centuries that the birth of Jesus was never mentioned anywhere else in the New Testament, and that a decent Christology could be developed without it.

Fortunately, not everyone rejected these stories. As the Christmas season approached each year, there was always a flurry of interest in the tale of the Wise Men. Who were they? Where did they come from? Where was the “east” mentioned in Matthew’s Gospel? And, as usual, some astronomer would try to determine the identity of the star by reference to some celestial phenomenon, such as a supernova, comet, or a coincidence of two or more planets. All of this gave these birth narratives an importance to the church–of which I was an integral part–that could not be ignored.

How could I brush off these tales, so beloved by Christians for centuries, as nothing more than legend: charming, imaginative, conveying the idea that Jesus was special, but having no more value than that, as so many scholars have done?

The problem I faced was having to admit that there is some justification for skepticism, for there are apparent discrepancies between Matthew’s version of events and those depicted in Luke that need to be addressed in order to take the nativity stories seriously as factual. Furthermore, there are additional oddities within each of the narratives that call into question their inherent veracity. And then there was that mysterious star! How can one fathom this seemingly miraculous apparition? I could not dismiss both accounts outright, nor could I furnish reasonable answers to the inevitable questions that arise from any meticulous reading.

For some years, I put the dilemma into the back of my mind, reviving it only at the Christmas season, when it annually gave rise to troubling thoughts. This, in itself, was troubling, because of all the times of the year when one should delight in the Word of God, it is Christmastide. The cloud that hung over these stories prevented me from entering into the festive atmosphere of joy and good will shared even by secularists, who are able to get into the Christmas spirit, with its tinkling bells, gifts and bright shiny lights.

My frame of mind changed recently when I had a discussion about this issue with my daughter, who has a quick and precise legal mind, and as the result of her probing questions, which I had difficulty answering, I realized that now was the time to pursue this matter in earnest.

The fundamental question concerning the natal stories was this: after two thousand years of study, argument and analysis of the nativity descriptions found in Matthew and Luke, could anything more be added, or has everything been said that can be said? For example, is it possible that something has been lost in translation? A modest and humorous illustration of what I mean is the 1611 translation of the Bible (the King James version) in which the word ταμιειον was rendered “closet.” “But thou, when thou prayest, enter into thy closet (Matthew 6: 6).” By the 1800s, the meaning of the English word, closet (“closed” room), had changed from “small private room,” “store room,” or “spare room,” as it was understood in the 1600s, to “clothes closet,” and many a biography relates that a Christian father of the late 1800s, trying to be faithful to the Word of God, had the habit of going into the clothes closet to pray!

It is also conceivable, however, that the problem is not one of mere mistranslation, but something of far greater magnitude. I had to confront the possibility that there was a piece to the puzzle that has now been misplaced. I began to wonder if we had lost some essential facts in the nativity stories that were well known to the original recipients of these written records. How could the three most important terms in Matthew’s story, Wise Men, East and Star all have become so obscure? Why wasn’t even one of these terms sufficiently specific as to lead us to the identity of the others? How is it that what should have been a narrative that informs has become now a tale so obtuse as to be valueless as a contributor to our understanding of the Messiah. I believe that this is the primary reason why many scholars have dismissed these stories as nothing more than the usual miracle tales that accompanied the births of ancient heroes. I also believe that it could not have started out this ambiguous. Something must be missing. The more I entertained this notion, the more convinced I became that something was indeed lost which, if recovered, would reveal the Matthew and Luke accounts to be pieces of authentic history, and a window into the time into which Jesus was born. If such a possibility existed, I was determined to find it.

The story of the Wise Men in Matthew’s Gospel has always been an enigma. The only three important terms in that tale—“wise men,” “star,” and “east”—are all lost in obscurity, rendering it useless as a record. For this reason, many scholars consider it just another miracle story of the kind that surrounded other ancient heroes. But what if a piece of information was missing whose recovery would make it as clear today as it was to the original readers? In The Wise Men and the Star, Dr. Miller explains how he uncovered that missing piece, which then revealed who the Wise Men were, the location of the East when they arrived in Bethlehem, and what was the star they saw.

Dr. Miller approaches the Bible from a unique perspective. With degrees in engineering, theology and neuropsychology he treats the Bible as a trustworthy historical document and dares to strip away from it the many layers of traditional interpretations that do more to cloud than clarify what the Bible actually says. Throughout his ministry, Dr. Miller’s special interest had been the Gospels and the person and character of Jesus, himself, and it is here that he has made the greatest contribution to our understanding of the Jesus that Christians know as the Son of God.