Don’t Worry, God’s Got You!

A Six-Week Devotional Study on Trusting the Character of God 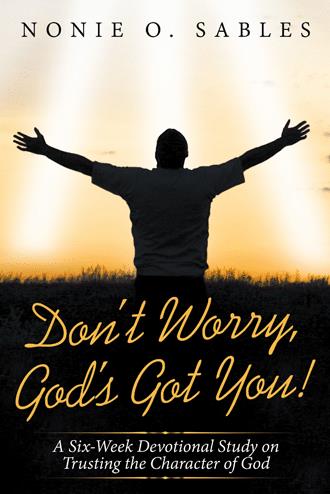 I finished rereading the book of Genesis this past week, so I then read through the life of Joseph again. Joseph, as you know, became the object of jealousy and anger of his brothers because of Jacob’s preferential treatment of him. As a result, his brothers mistreated him and sold him as a slave in Egypt. Misery after misery happened in Joseph’s life. Down in Egypt, as a servant in Potiphar’s house, he was falsely accused and cast into prison. Many would have seen this as a time of terrible affliction. But Joseph helped two people in jail who had individual dreams but could not understand their meaning. Joseph enabled them. Then, one person he helped forgot him after getting out of prison. Joseph started to sing, “I thought I did what’s best. I thought I had the answers. I thought I chose the surest road, but that road brought me here.” It was a difficult situation.

If we are going to place ourselves in Joseph’s sandals, human as we are, I know we would be singing the same tune. What human being would not be affected by a series of life blows like that?

This book is a devotional study for the serious student of God’s Word and seeker of who God is and His character. This devotional study intends to help the believers of today understand the attributes and nature of the super God we have. At the end of the journey, the reader will say, “God’s got us.” This devotional book is not an intense theological study but a practical, devotional type of education. We need to go back to the basics of our faith in God’s character and have it explained simply for the readers to understand the concept without compromising the truth.

The purpose of this book is to cause deep thinking and to ponder and to help you see how it’s relevant to you, to individuals you know, and to those of you who are really in a sincere search for God.

Sadly, today’s world is filled with worry, uncertainty, and stress. As a result, many Christians have lost their reliance on God simply because they do not profoundly know God.

In a six-week devotional study for the serious student of God’s word and seeker of the Lord’s identity and character, Pastor Nonie Sables guides believers through the basics of faith to understand the attributes and nature of our almighty God, and ultimately find comfort in the realization that he’s got us for eternity—no matter what our challenges in life. With a focus on helping believers understand concepts without compromising the truth, Sables shares a spiritual roadmap that concisely explains the sovereignty of God as well as his grace, love, forgiveness, mercy, and righteousness. Included are applicable scriptures, lessons, and thoughtful questions that invite deep thought and reflection.

Don’t Worry, God’s Got You! is a six-week devotional study that shares a roadmap that guides Christians to understand and trust that God’s got them in every situation of their lives.

Nonie Sables is the pastor of Grace International Christian Fellowship (GICF) in Jacksonville, Florida. He earned a bachelor’s degree in civil engineering from the University of the East, Manila Philippines, a master of divinity from Philippine Baptist Theological Seminary, and completed a Christian leadership course in Hawaii in 2003 at Haggai Institute. Pastor Nonie and his wife, Emmy, have two children.