It’s All about God’s Love

A Retired Pastor Reflects on the Sacrament of Reconciliation 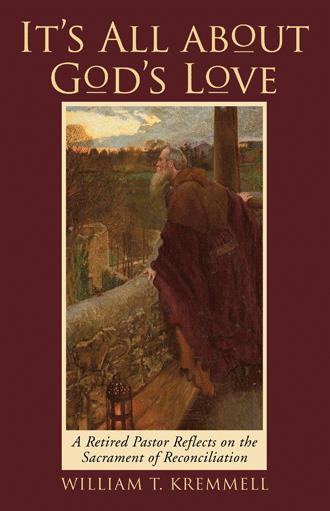 Two Gospel incidents speak to me in a profound way about the Sacrament of Reconciliation. The first is the scene with Jesus and the woman taken in adultery (John 8:3–11). A woman is brought before Jesus and the crowd of people who were with him. She had committed the serious sin of adultery, a capital offense, deserving of death. The scribes and the Pharisees wanted to use her as an example to challenge Jesus’s teaching on love and forgiveness. I can only imagine what she was feeling at that moment. She was undoubtedly ashamed of her sin. She was embarrassed, standing in the midst of all these people, her sinfulness exposed for all to see. And she was afraid that she was about to be executed. Jesus confronted the scribes and Pharisees in his own inimitable way. He exposed their own sinfulness, embarrassing them to the point that they all walked away.

Now the woman is left alone with Jesus. So how does he react to her? He doesn’t question her about her sin. (Are you married? How many times did you commit adultery? With how many different men? And, while we’re at it, what other sins have you committed? Be specific. Be complete.) He doesn’t ask her if she is sorry. He doesn’t make her feel guilty. He doesn’t ask her what is her intention for the future. (Do you have a firm purpose of amendment?) He simply asks her, “Has no one condemned you?” She says, “No one, sir.” And Jesus says, “Neither do I condemn you. Go, and from now on do not sin anymore.” Jesus doesn’t condemn her. Rather he forgives her and encourages her to avoid sin in the future. He gives her the gift of peace in her troubled heart. I can almost imagine Jesus giving her a great big, loving hug. For me, Jesus’s response to the woman taken in adultery is how we as sinners are meant to experience Jesus in the Sacrament of Reconciliation.

The second incident that speaks to me of Jesus and his way of reconciliation happened on the night of the Resurrection, when Jesus met the apostles for the first time since his passion and death (John 20:19–23). Remember, they all (except John) had abandoned Jesus in his hour of greatest need. And Peter had denied that he even knew him. Now, locked away in a house for fear of what the Jewish authorities might do to them as his followers, they were overwhelmed with grief at the death of their lord, their master and friend, and they most likely were feeling guilty for having left him in the lurch.

Jesus came and stood among them, and said, “Peace be with you.” He didn’t question them. (Where were you when I needed you?) He didn’t scold them for their cowardice. He didn’t make them feel guilty by describing in detail all the suffering he went through without their supportive presence. He didn’t question their loyalty going forward. He simply said, “Peace be with you.” Conveyed in those four words was the message: All is forgiven. I love you. I need you to carry on my mission. Don’t be burdened with guilt. Be at peace. In those powerful moments, the disciples experienced the meaning of reconciliation, and that is what the Sacrament of Reconciliation should be for us.

In the Sacrament of Reconciliation, as in the two Gospel incidents that I described, the focus is meant to be on Jesus and his healing, reconciling love, not on the sinner and his or her selfishness and sin. Burdened by our sin, we should sense Jesus inviting us: “Come to me, you who labor and are burdened, and I will give you rest” (Matt. 11:28). We should approach the Sacrament with eager anticipation that we will be forgiven, refreshed, and lifted up by the presence and the power of Jesus. We should come to Reconciliation with confidence that we will experience the fullness of God’s love.

In today’s society couched in secularism, relativism, and general moral decline, many people may have lost a sense of sin and are struggling to embrace the importance of spiritual healing. Thankfully God always welcomes us back to experience God’s merciful and healing love.

In an uplifting and deeply spiritual presentation, retired priest William Kremmell underscores a basic truth of Christian faith: that our God is a God of unconditional, all-embracing love and forgiveness for all people, revealed in Jesus. Throughout his study, Father Kremmell examines why God’s love is everlasting, why we are all sinners, the major reasons why Catholics do not approach the Sacrament of Reconciliation, and the reasons why they should return to this grace-filled experience—all while helping believers find a healthy sense of sin, a new appreciation of the God who is love, and a better understanding of the Sacrament as a sign of God’s merciful presence and life-giving power in our lives.

It’s All about God’s Love is a retired priest’s exploration of the Sacrament of Reconciliation and why it needs to be renewed and restored as an integral element of the spiritual journey of today’s Catholic.

William T. Kremmell is a retired Roman Catholic priest of the Archdiocese of Boston who has served for over fifty years in many parishes and on two college campuses. Throughout his years of ministry, he has celebrated the Sacrament of Reconciliation with countless adults and children striving to live a good Christian life. Father Kremmell currently resides in Middleborough, Massachusetts.