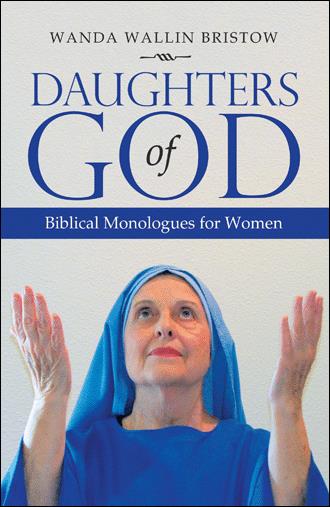 MARY MAGDALENE: In the Garden

I am Mary of Magdala, also called Mary Magdalene. I am thus called because I was born and raised in the town of Magdala, which is situated on the shores of the sea of Galilee, near Capernaum. You have undoubtedly heard of me, but there is much confusion as to my true identity. I have been confused with Mary of Bethany, I have been confused with the sinful woman who dried the Master’s feet with her hair, and I have been mistaken for the adulterous woman brought to Jesus by the Pharisees. Yes, there are those who say I was a harlot, but this is not true. You can search the Holy Scriptures and you will never find it mentioned that Mary Magdalene was a harlot.

As a young Hebrew girl child, I was taught the scriptures at home and I learned that one day a Messiah would appear and reign on the throne of David. When I became a woman, I tried to faithfully obey the Law of Moses. But there was one blight on my life… I suffered from a terrible disease, a dreadful sickness. At times I would be possessed by demons and when they would ravage me, I would suddenly fall to the ground, writhing in a blind stupor. I would thrash my arms and legs in the air, screech, howl and babble. Foam would come from my mouth; I would gnash my teeth and even swallow my tongue if not prevented. And then, when the demons were done with me, I would lie upon the ground as if dead. For many days thereafter, I would lie upon my bed, too sick and weak to move. I had no future… What decent Jewish man would take me for a wife? I was shunned, avoided, alone. I was of all women most desolate. My life was bleak, and as time went by, I became more and more bitter and cynical.

Then came the day that I met Jesus, and my life was transformed! With one command He cast those demons out of my body, and I was made whole. I will never forget that day as long as I live. I had followed the crowds of people out onto the hillside where Jesus stood beneath the shade of a tree. He was teaching the people and healing them. Yes, healing them of all manner of sickness and disease. I wanted also to be healed. I pushed and shoved, trying to make my way through the crowd, but I could not reach Him. Suddenly I felt His eyes upon me… I felt His arms reach out and encircle me in a warm embrace. I was a child again…safe and secure in the arms of love. Then suddenly, I can’t tell you how it happened, but suddenly I was standing before Him, looking into His face.

I was held spellbound by His eyes… Those eyes… I can’t describe them. They were clear and deep, and as I gazed into them, I was bathed with a warm, dazzling light. A feeling of endless peace and love enveloped me. And then He spoke, and His voice was the music of a golden harp playing, the chiming of silver bells, the sighing of the wind through the olive trees, the rushing of many waters. And when He spoke to the demons within me, His voice was that of mighty rolling thunder… His words drove the demons from my body never to return... I was healed! I was whole! I was alive for the first time in my life, and as I looked into His face…I knew that I looked not into the face of man, but into the face of God, and I fell to the ground worshipping Him.

After Jesus healed me, I could not go back to my old life. I was a new woman. I was well and happy for the first time in my life. Christ’s love had replaced all my bleakness and bitterness. My only purpose in life now was to follow Him and serve Him all the rest of my days. I did return to Magdala, however, just long enough to settle my affairs, for I was a woman of much substance. I brought my money and laid it at my Master’s feet. There were other women who had been healed by Jesus who did the same – Johanna and Suzanna, among others.

We women became the first female disciples of our Lord. None of the twelve apostles were women, but that was of no concern to us, for Jesus honored women. He made us worthy…valued…equal. For He taught that God loves all His children in the same way…and that all of us...men and women…are created in the image of God…and that in the kingdom of heaven, there is no male or female.

Jesus did not look upon women or children as did the world. He did not look upon us as mere chattel, possessions, slaves. Oh no, He elevated us to heights the world had never known. For of children He said, “Allow the little children to come unto me, for of such is the kingdom of heaven.” And of women? To whom did our risen Lord first reveal Himself? And who was the first to shout out the greatest news ever heard, “He is Risen.” It was I, a woman. What greater honor and glory could our Lord heap upon the head of woman?

Within ten engaging monologues, the influential stories of biblical women, drawn from both the Old and New Testaments, come alive as each shares her thoughts, emotions, and experiences of faith.

In voices that still speak to us today, Eve, Hannah, Naomi, Ruth, Esther, Lady Wisdom, Mary Mother of Jesus, Mary Magdalene, Martha of Bethany, and Mary of Bethany bring us powerful messages from God’s word. While exploring the details of these women’s lives and perspectives, each drama also offers valuable lessons to be learned from their stories and views that highlight their courage, faith, and ability to inspire those around them. Included is guidance on how to perform these dramas, with tips on memorization and characterization, staging, props, and costumes.

“This resource of thoroughly researched and well-written dramas will be a valuable addition to any Bible study or church organization desiring to explore and to learn from the lives of women of the Bible. …”

Wanda Wallin Bristow earned a BA in English Literature from California State University, East Bay. She has performed biblical monologues for over twenty years at women’s retreats, conferences, Sunday church services, and other religious gatherings. Wanda is happy to now make her work available for other women to perform.