Lay Us Gently to Rest 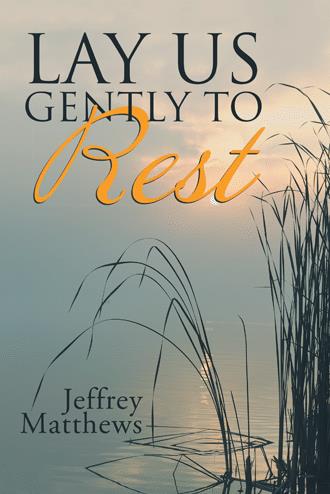 The pond stared into the pale-blue Tennessee sky - a great unblinking eye, reflecting back to the heavens all that passed above it.
From the pond's reedy banks, a deep-green meadow stretched away in every direction, and at its edge, wildflowers danced and swayed to the slightest breeze. Farther out, young saplings stood tall and alert, like brave, young soldiers marching out from the older, darker forest beyond.
Above the ancient treetops, billowy clouds hunched together, making their slow, sulking trek from west to east. Against their stark whiteness, a hawk lazily circled, enjoying the last of the afternoon thermals sweeping up the mountainsides.
The sun, dipping to the crest of the western ridge, had turned from the sharp yellow of midday to the restful orange of late afternoon - its rays puncturing small openings in the clouds and spilling across the landscape, creating sharp contrasts, defining edges, lengthening shadows. The air, sharp and clean, held the whisper of winter's approaching footsteps.
And on a log, at the edge of the pond, sat an old man.
He held a fishing pole, light and easy, in his farmwork-hardened hands. His eyes, bright and undimmed by age, were intent on the red-and-white bobber at the end of his line. He could almost see into the pond's murky depths - even the old, recalcitrant catfish lying there in the bottom mud.
Long as a man's arm, the old cat stubbornly considered the baited hook dangling before it, every bit as intent and concentrated as his worthy adversary on the other end of the line.
Locked in this silent, patient, and well-rehearsed battle - both rivals obstinate beyond measure - the two foes considered one another.
They had done this many times before.
This was not a battle to be won, but a battle to be fought and savored. A battle to be survived and later bragged about. A battle with no victory, other than the respect earned by each stalwart combatant. A battle of equals.
But while the old man trained his attention on his venerable aquatic opponent, his still-keen hearing was focused on something else.
There were footsteps within the forest depths.
A shadow moved near the tree line.
Someone - or some thing - was nearing the edge of the meadow. 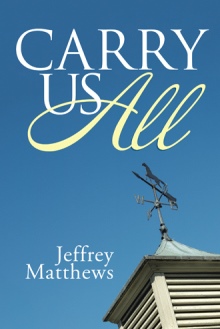 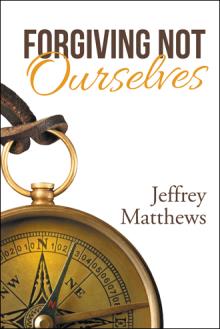 Forgiving Not Ourselves
Jeffrey Matthews
$22.95 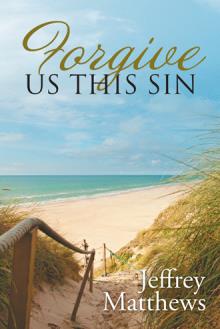 Zeph and Lee are an elderly couple living a simple life on their Tennessee farm, their hearts deeply wounded long ago by the tragic death of their little boy, killed in a hit-and-run.
When Zeph’s brother passes away, the couple take in their nephew and try their best to provide him with a stable, loving home. Though the couple never speak of their past heartache, not even with each other, the nephew grows up resentful, never feeling he “measures up” to the son they lost.
Zeph bears the worst scars from the couple’s painful day, having been the one to discover his son’s broken body on the side of the road. Though he remains stoic and solid, always caring for his wife and nephew the best he can, he burrows ever deeper into himself and his personal sorrow.
One day, while at his favorite fishing hole, a stranger enters the carefully insulated world Zeph has created for himself, and Zeph is unexpectedly confronted by thoughts of what his own son could have grown to be.
The young man is afflicted with a strange amnesia, making him a mystery even to himself, his identity and origins unknown. Odd burn scars across his palms suggest a painful past, and he is ever haunted by fleeting glimpses of another place and time—fragmented memories he can’t be sure are even true.
The two men form an unexpected bond from the unexpressed needs of their souls—one for a lost son, the other for a lost identity and home.
What’s been kept secret for far too long hovers between these two men like the morning mist on a serene pond—secrets that, once uncovered, may bring healing to one, a path home for the other.

Jeffrey Matthews, Florida boy by birth, Minnesotan by adoption, learned there really are three other seasons, none of them as nice as his kindergarten teacher made them out to be. He’s fond of small brown birds, hearty ales, and pickles. His debut novel, Carry Us All, was honored with inclusion in the National Carousel Association Archives. He is hard at work on his next story.