I Shall Not Die

My Walk Through the Valley of Death 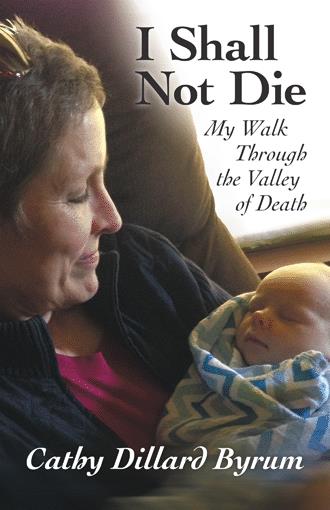 Monday, April 14, after having four days to adjust to the news, Ronnie and I went to a follow-up appointment with the ENT doctor. We were anxious to move forward as quickly as possible with treatment and asked if the next step was for him to refer us to an oncologist. We will never forget his response: “it won’t do any good, your spleen and liver look like Swiss cheese.” I asked for copies of the test results. This is where I learned to be selective about who I chose to listen to!

The next day on the way to work I called my friend Aimee and without telling her why, I asked if she could have lunch with me that day. She is an oncology nurse and I knew Tuesday was her day off. As soon as she walked into the sandwich shop where we were meeting I showed her the reports. She called a fellow nurse at Highlands Oncology Group (affectionately referred to as ‘HOG’) and asked if there was any possible way for me to see Dr. (Pat) Travis right away. Dr. Travis is one of the best lymphoma specialists in the country who just happens to be in practice in the same city where I live. Another friend, Joe, a retired pharmaceutical salesman, had also recommended Dr. Travis. It was his nurse, Anne, whom Aimee had called and who arranged for me to be seen right away.

Two days later April 17 I had my first appointment with Dr. Travis. He said from what he had seen, I had one of the more aggressive types of Non-Hodgkin’s Lymphoma, although they hadn’t completely narrowed down yet which type, but he would treat it aggressively. He initially said treatment would be six rounds of chemo, one every three weeks.

I asked if I would be able to continue working, he replied he didn’t see why not. I told him I absolutely had to be at my son’s wedding June 21, he saw no problem with that. I was even hoping to make a cruise in July that had been a gift from my boss the previous Christmas. The doctor thought he might be able to work the treatments around that as well.

The ENT doctor had scheduled an outpatient procedure for the following day to remove one of the nodes on my neck. I asked Dr. Travis if it was necessary to go ahead with that procedure, since it was already determined that I had Non-Hodgkin’s Lymphoma. He said there are 42 types of NHL and he needed the node to be biopsied to determine which variety I had.

The next day, April 18, was Good Friday. Surgery to have the node removed was an out-patient procedure and was done early that morning. Ronnie and I had lunch afterward with our pastor and his wife, who was one of my closest friends. The pastor asked me if I was going to tell the church on Sunday about my illness. I said, “do you really think Easter Sunday is the time to do that?”, referring to the fact that there would be a lot of visitors attending. He replied, “What better time?” I told him it depended on if I could get both my sons together to tell them first. I wanted to tell them in person, and together, and with their schedules, that was not easy to accomplish!

The following day, Saturday, I planned a dinner with both my sons so that I could tell them before announcing to the church the next morning. I used the excuse that Easter Sunday is hectic, and we could have a more relaxed dinner by doing it on Saturday evening. They both agreed, but as it turned out, they each had something come up and couldn’t make it for dinner!

I had also invited my friend Donna to dinner the same evening. Donna is a friend from church and is a widow whose husband had died of cancer. We had also just lost our friend Betty to cancer ten months before. I promised Donna this would not end the same way. I am a realist and am not prone to making empty promises. When those words came out of my mouth, it surprised me as much as it did her. I really had nothing on which to base such a promise. The situation was certainly beyond my control.

Easter Sunday, I finally had both my sons together before church and told them the news. Not the ideal situation in terms of timing, but I needed to tell them. I assured them this would end well. Again, I had nothing on which to base this, other than the sense of peace I felt. Things had happened so quickly, I had not had time to fully process the situation.

For a couple of weeks, the pastor had been asking the church to pray for “a member with a serious health problem”. Following the Easter service, he called me up to the microphone. I told the church that when I first heard my diagnosis by phone ten days earlier, I did not panic, or fall apart. I had peace and knew where I would go when I died. Then I shared that I had told God there were some people I wanted to see saved first, and that some of them were in the room that day!

The year 2014 started with great promise. Author Cathy Dillard Byrum’s youngest son, Dan, had graduated college, had a new job, and was moving to a nearby town. Her oldest son, Derick, returned home after two years overseas and proposed to his girlfriend, Jill. Then came the news no one expects and everyone dreads. Cathy was diagnosed with stage 4 cancer, and the prognosis was grim.

In I Shall Not Die, she narrates her story, including details about treatment, losing her hair, an emergency ride on a helicopter, and a stem cell transplant. Cathy offers an inside look at her battle with cancer, and she shares what it took for her to make it to her son’s wedding and beyond.

I Shall Not Die offers a brave, open memoir that focuses on Cathy’s experience with non-Hodgkin’s lymphoma, including how she dealt with it physically and emotionally. She tells how she stayed strong through the grace of God and the love of her family and friends. Her story serves to inspire others facing adversity.

Cathy Dillard Byrum is married to Ronnie and lives in Arkansas. Two sons, their wives and three grandsons live nearby.