I Married My Judas 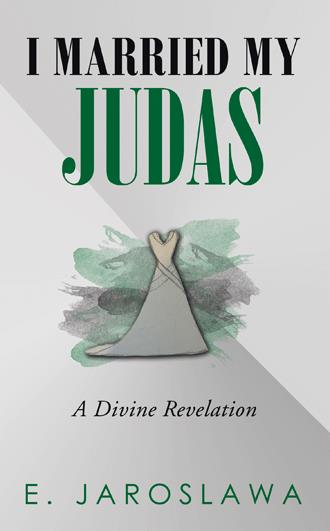 How it Began
On August 20, 1989, I married my Judas. My name is Tia Summers and my ex-husband name is Samuel Summers. We have a daughter, name Jai Summers, who is now seventeen. Our love for our daughter pushed our marriage as far as it could go. Even though, the marriage was stormy from the very beginning; it lasted for twenty-seven years. We were both very young and immature at the time the marriage took place. And throughout, the marriage there was laughter, pain, growth and hardship. We both learned valuable lessons as we experienced life together in our most innocent state of being.
Some of the best memories took place within early months of us getting married. I remember we were so broke, we had very little food and money. I was working part time and Samuel became unemployed a few days after we became married. Still, we ate well every day because he was a great fisherman, who loved to fish. He would fish almost every day to bring home our meal. We ate fish and potatoes almost every day. We did not mind for we both loved fish, so we learned to cook fish in a variety of ways. Looking back, our broke days were our better days spent together. We learned to depend and trust on each other. We had only one vehicle for transportation, so we were together more than apart. Our only means of transportation was this vehicle with only an AM radio station. Because our preferred music choice was unavailable, we usually talked during the entire drive anywhere, so we learn to communicate and connect well with each other. We had one television in our home, so we learned to accommodate each other more. Although, these may seem to have been unfavorable circumstances, they allowed us to get to know each other better. We became intertwined.
Nevertheless, years later, we both became irritable and uncaring with each other, so we felt ending the marriage was best, it was evident the marriage was intolerable. The divorce was finalized on July 12, 2016. And two weeks later Samuel remarried.

Some challenges are not welcomed in our lives. They produce a sense of uneasiness; however, when you embrace your challenge, live according to God’s principles, keep your faith, and never give up on life. You begin to live your life more abundantly without fear. With each challenge, you will gain more strength and knowledge that will accelerate your life.

I Married My Judas: A Divine Revelation depicts a profound testimonial journey experiencing love, loss, and despair. This inspirational book illustrates how the power of faith can transform any situation or circumstance presented in your life.

The author is an African American female born and raised in a small, rural community in the United States. She grew up in a large family with loving and supportive parents. As a child, she had a love for books and the sense of serenity it brought to her. Throughout the years, her love for books grew stronger and inspired her to write her very own. Her educational background in psychology and committed work in the health-care field have been amazingly helpful in understanding how important living a fulfilled life without fear is to survival.

The author is a Christian who truly loves the Lord. She believes in his Word and teachings. She aims to be used as a vessel in his works for the good of all people.