When I Was a Child 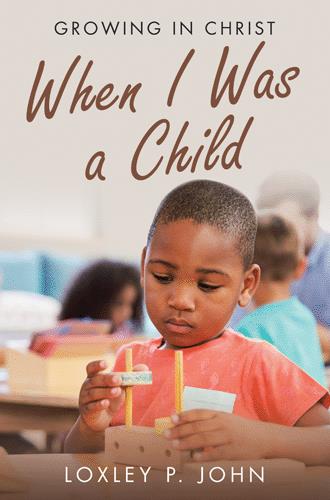 Anyone who reads this book will be encouraged to keep walking with the Lord. The journey from a baby to a man is not always easy. In fact we are sure to meet many challenges on the way. This book seeks to help Christians to successsfully overcome these challenges.

Loxley P. John shares how he developed a personal relationship with Jesus Christ in this spiritual journey.

As a boy, he left church each week with the sense that God would one day punish wrongdoers, and it was only in Sunday school that he learned that God is loving and caring.

Eventually, he stopped going to the Catholic church, but his mother allowed him to attend the evangelical church. Things seemed so different there. The stories in the Bible came alive—even more so when he started going to the Pentecostal church after his brother was born again.

But as John grew older, he lost his way and became focused on drinking and girls. None of it made him happy, however, and he began thinking about surrendering himself to the will of the Lord.

After many excuses, he borrowed his cousin’s Bible, put it in a bag, and went to church one Sunday morning in 1998. That day, he stood before the altar and gave himself to the Lord to begin a new journey—and he’s never looked back.

Loxley P. John, a native of the tiny Island of Grenada, grew up in a single-parent household as his father died before he was born. He has been a police officer for thirty years and a Christian since 1998. He is married with three daughters.