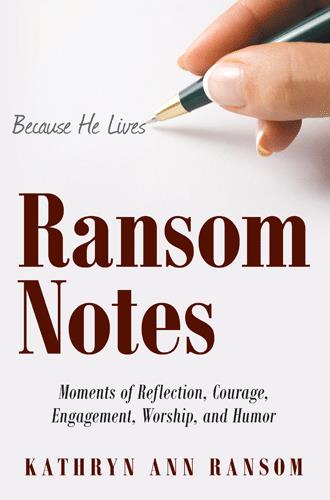 About two years ago, I visited a former college roommate who lived on a dairy farm in Ohio. While chatting and cooking in the kitchen, I noticed that the light and fan in her microwave were not working. After I commented about the inoperative elements, she replied, “You don’t throw something out just because it has a wrinkle.” Considering that Pat had serious health issues at the time, the statement was even more thought provoking. Actually, I was intrigued by the implications of the comment.

Have we become a throwaway generation? Repair and recover require time and money. It seems like folks just toss out the clock that does not tick-tock and buy a new-generation creation. Have repair people been replaced with salespeople? Are our citizens over sixty-five becoming insurance risks instead of mentors to the young? Why are seniors often relegated to the back burner, when leadership, engagement, or innovation are needed? These and other scenarios twirled around in my head as I paid my last visit to a lifelong friend that day.

I was reminded again of Pat’s quote this week as I laughed my way through the movie Going in Style with Morgan Freeman, Alan Arkin, and Michael Caine. These three retired steelworkers demonstrated just the opposite philosophy as they nimbly planned ways to recover money lost from their retirement funds through negative decisions by the bank. Although I do not condone their ultimate actions, I compliment their creativity, energy, and love of excitement, even though senior citizens. Visions of seventy-plus folks slumped in wheelchairs lining the halls of care centers haunt me. Life needs to be lived to the end with fullness and spirit. Of course, scaling mountains or climbing ladders to clean out the gutters may need younger bodies. Aching muscles greeted me following an afternoon of bagging leaves, but the leaves were ready to be thrown away—not me, the senior, wrinkled Kathy. There is still life ready for living at eighty-plus.

What does the Lord have to say about this “wrinkle, throwaway, dropout” philosophy of the twenty-first century? As one author put it, God had miraculous ways to use “ripened” saints. Seventy-five-year-old Abraham heard God’s call to leave his homeland and start a new nation (Genesis 12:1–5). At one hundred, he and Sarah became parents of a son, Isaac (Genesis 21:1–7). You think you have it tough?

Think about Moses, another late-bloomer. When Moses was in his eighties, God captured his attention and sent him back to Egypt to encounter Pharaoh with an extremely unpopular request: “Let my people go.” Tell Pharaoh, “My God wants you to give these folks, who have been your slaves for forty years, permission to leave.” Granted, Moses trembled when God issued this order, but at least he had his hearing aid turned up, and off he went to fulfill the Lord’s request (Acts 7:20–37). You certainly couldn’t keep this old guy down in a rocker. Then imagine courage and strength required to leave his comfortable neighborhood, assemble a group of followers, and enter the desert area filled with dangers. He had to feed, clothe, and govern this group. He didn’t even have a Humvee in which to ride or a handy McDonalds around every palm tree for a quick food fix. Praises to the old guys.

Isaiah shared God’s promise for each of us today: “Even to our old age and gray hairs I am he, I am he who will sustain you. I have made you and I will carry you; I will sustain you and rescue you” (Isaiah 46:4). So the promise of God is He will always be with us, even to the years of our gray hair. (I suppose that also includes folks who conceal the gray.) God does not say quit. His command is, go into all the world and preach (serve, share, work, tell the story) until the end—not when the candles on the cake number sixty, seventy-two, or ninety-three.

Paul wrote letters of encouragement even while in prison. Jesus prayed to His Father even while hanging on the cross. What are you doing today for the Kingdom? No grumbling. No excuses. He is there. Reach out and take His hand in service and in prayer. Ignore the wrinkles and aches. Keep on keeping on.

Someone who is hurting, crying, or angry needs your love now.
No throwaways allowed today.
Shake off those inhibitions and aches.
Get Going.

Does your Christian life need a spark or challenge? Have you experienced sadness, loneliness, or lack of motivation recently? Following Jesus’ time-honored tradition of parable telling, author Kathryn Ann Ransom helps you address those needs with Biblical reflections on everyday life situations, both the positive and the challenging.

In Ransom Notes, she offers 101 short, devotional essays that encourage you to pause, reflect, smile, and review your own life while drawing you closer to the Lord. The essays share stories of humans doing exciting things for the kingdom, providing meaning to your life. Ransom bases the narratives and accompanying challenges on examples of God’s people both growing and making mistakes.

Often humorous, the stories included in this collection inspire you to become a living example of God’s love for others. Ransom Notes encourages you to grow in your understanding and appreciation for Christian living and draw closer in your relationship with the Lord.

Kathy is an educator and Christian leader. She is actively involved in her community, including as a trustee for the Illinois Symphony Orchestra, the local public television station WSEC, and Lincoln Christian University. Traveling, golf, and classical music help identify this eighty-plus-year old author. “Life is an adventure,” explains her enthusiasm for constantly searching for new challenges, e.g., writing her first book at the age of eighty-three.
Kathy graduated from Southwest Missouri State and the University of Illinois. Her entry into the world of education began in a fourth-grade inner-city classroom, followed five years later as a consultant for a major school publisher, and then the coordinator of the reading and English program for Springfield Public Schools. Following retirement, Ms. Ransom worked with teachers and school districts from the coast of California to Long Island, New York, as well as doing considerable adjunct teaching for several area colleges. During that time she also served on the board of the International Reading Association, including the role of president.
She is active with the area Christian service camp, a “worker bee” for a local group for senior adults (Academy of Lifelong Learners), and other community service groups. Life is a joy when busy and helping others remains a constant bottom line philosophy of her life.