Dynamic Studies in Colossians and Philemon 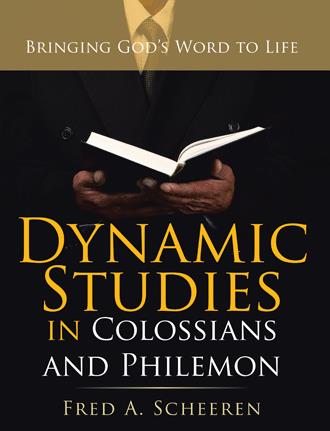 Thus we see the letter of Paul to the believers in Colossae as an effort to help them deal with their confusing environment and the pervasive cultural ideas to which they were continually subjected. He does this in an interesting fashion. In fact, the method he used is the same as the one used today to assist bank employees in recognizing counterfeit currency. Such employees do not attend classes merely on the production, design and nuances of counterfeit bills so that they can hopefully recognize them when they see them. Instead, they study real money to learn what it looks like, what it feels like, what it smells like, and how it is designed. Having mastered the knowledge of real bills it becomes a much simpler task to recognize a fake when they see it.
Paul was writing to help believers understand the truth of the Scriptures and apply them to their lives. He knew that when they mastered the truth they would be inoculated against heretical or even demonic systems of thought that they might encounter. This problem of discerning truth from lies has been one with which people have had to deal from time immemorial. It even crept into the career of Norman Shelby. Norman Shelby? Who was he and what does this have to do with our discussion you might ask. Norman was a great boxer in the 1800s. However when he found that his name didn’t command the respect he sought he changed it to Charles “Kid” McCoy.
Kid McCoy only weighted about 160 pounds, but reportedly packed a tremendous punch. In Fact, when Ring Magazine ranked the 100 greatest punchers of all time in 1957 they included Norman in the group. After “Kid” McCoy began putting together a string of victories in the ring other boxers began to emulate him and even began calling themselves Kid McCoy, just like Norman. In an effort to differentiate himself from these pretenders Norman began to call himself “The Real McCoy.” Since then the term “The Real McCoy” has been used to designate things that are genuine or legitimate. This is exactly what Paul was doing in the world of spiritual warfare. He wanted the Colossians to personally know and understand “The Real McCoy,” as revealed in Jesus Christ himself and the Judeo Christian Scriptures which we call The Bible.
In our study of Colossians we will attempt to imitate Paul and understand the real thing, the Real McCoy, if you will. To make things a bit easier I have included information on the various pagan and heretical influences with which Paul and the Colossians had to deal. However, our focus, like Paul’s, will be upon the truth. Following this you will find a brief summary of a few of the problematic heresies and pagan influences against which Paul, the early believers, and we today have needed to guard.

Gnosticism
The roots of Gnosticism were already apparent in the teachings of some people at the time of the writing of this letter, although it was not more fully developed and recognized until the next century. These people felt that they were the “spiritual aristocracy” and possessed special knowledge. They were arrogant in their unsubstantiated and unprovable heretical theological positions which were quite similar to those embedded in the New Age movement today. They:
• Were attracted to Old Testament dietary laws and ceremonies as a means to attain perfection.
• Adhered to the worship of angels as mediators between human beings and God.
• Claimed that while Jesus was important He was just a man.
• Taught that matter was evil.
• Adhered to a strange form of astrology.
• Felt that good and evil were derived from rules and regulations.

Asceticism
This religious philosophy has many similarities to the “eastern” religions and is almost somewhat ethereal in nature. Those adhering to Asceticism taught that:
• Matter is not evil.
• The human body is not evil.
• Human nature wishes to use the body for evil but since Jesus came as a man the body itself cannot be evil.
• Diets and spiritual discipline are good for a person but cannot develop the “true spirituality” that they sought.
• This somewhat nebulous “true spirituality” is the state to which a “spiritual person” should strive.

Syncretism
This philosophy is pre-eminent in the culture today. It shares many characteristics with secular humanism and is easily recognized in the COEXIST movement. In the end it holds that:
• Everyone’s truth is equally valid.
• All peoples of different ideologies ought to get along and accept the validity of everyone else’s position on all spiritual matters.
• Everything is acceptable.
• There is therefore no discernable objective truth.

Religious Syncretism is a favorite position of people who like to study “religion,” with this “religion” having no real impact upon their lives. Adherents strangely enough may include collegiate religion departments, professors and people who want to feel good because they are “spiritual.” They often dabble in or support Buddhism, Hinduism, Islam and other “isms” with no real understanding of what they are doing. Interestingly, they become their own arrogant “gods” in that they are on an individual basis the supreme arbiters of what they consider to be real, right, wrong, true or false.
While the other extra-biblical heresies and modes of thought one encounters in a search for truth are simply misleading, Syncretism is the most outlandishly ridiculous. Adherents to this form of thought claim to be the most open minded of all people but in fact end up as the most closed minded since they feel that everyone who does not agree with them is not only wrong, but that intellectual conversation about “truth” is impossible since it really does not exist.
As mentioned earlier, there is really only one objective answer to the heresies that have misled people. That answer is Jesus Christ as revealed in the historically reliable and demonstrably inerrant and infallible Scriptures of the New and Old Testaments. He alone has provided a way for every person to experience eternal life as well as a worthwhile life now by enabling those who have transgressed against God’s moral law (this would be every living person) to be reconciled to God. And, His sacrifice alone, when fully understood, enables one to live a full life now through the power of the Holy Spirit.
Larry Norman has been called the Father of Christian Rock and Roll. When touring in Australia in the 1970’s he was asked how he became a religious person. He said “I’m not a religious boy.” The interviewer was somewhat surprised and obviously quite skeptical. He said: “You’re not?” Larry replied: “No, I have a relationship with Jesus. This is all about a relationship with Jesus Christ as revealed in the Bible and having him as Lord of my life.”
Larry’s simple statement sums it up well. It is all about a relationship with Jesus Christ, Yeshua Ha-Maschiach, the Jewish Messiah. This privilege can be ours too.
As it says in Colossians 2:3, “In him lie hidden all the treasures of wisdom and knowledge.” NLT 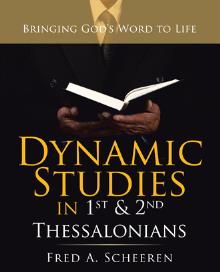 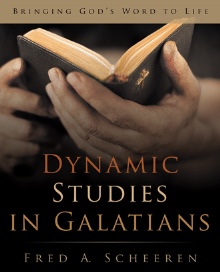 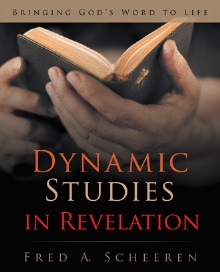 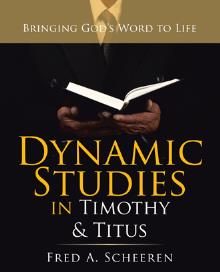 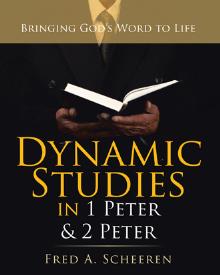 In the first century A.D. one of the most well-read, articulate, intelligent, and highly educated men of the time was imprisoned by the emperor Nero for his faith. While he was in daily danger of death, he took the time to write a number of letters to his good friends that have stood the test of time. Two of these letters are now part of what we call the Bible and are known as Colossians and Philemon.

In your hands you now hold a superlative study that will aid one in understanding and applying many of the truths this man, known as the apostle Paul, hoped to impart before he died. These timeless truths have helped millions of people down through the ages and are now even more accessible to us. Dive into this study and learn about:

• The nature of true faith and hope.
• How one’s life can be improved by applying the ancient truths of Scripture.
• The observable and objective nature of God.
• Philosophy and how a proper understanding of it can enhance one’s life.


Gordon Haresign, internationally known author, professor, speaker, and member of the board of directors of Scripture Union, speaking about the Dynamic Bible Studies series produced by Scheeren, has said, “These are among the finest, if not the finest, inductive Bible studies available today. I strongly endorse them.”

Steve White, Ph.D., author, church consultant and Executive Pastor of the Mountain Life Church in the Greater Salt Lake area, said, “Fred hits a great blend of commentary, historical context and practical application. The study questions are clear, thought-provoking and relevant. I could easily recommend this for either individual or group study.”

Fred Scheeren is a distinguished Certified Financial Planner® and Managing Director-Investments with a major investment firm. Using his award-winning analytical skills and overwhelming passion for biblical study, Scheeren has carved out a second vocation as a speaker and now an author. Over the past forty years, he has presented numerous Bible studies to groups of different sizes and denominations.