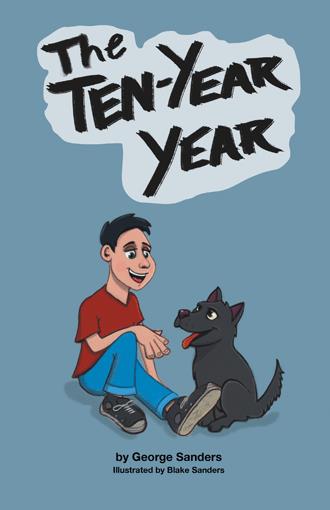 The first days of summer vacation seemed comforting. There were no worries, and school seemed years away. Right out of the blocks you had a holiday: Memorial Day. My daddy was a World War II veteran and always made sure we paid proper respect while also fully enjoying our freedoms. We always wore a small red flower, called a poppy, pinned on our shirts on Memorial Day.

This year we went to the courthouse for a remembrance service. A few short patriotic speeches were made, and the ceremony ended with the playing of taps and a twenty-one-gun salute. I liked it all but really wished I could have shot one of those rifles. After the soldiers walked away, I ran over to pick up the spent cartridges they’d left behind.

Daddy did not have to work at the thread mill on Memorial Day, but he still worked in his shop located behind the house. He could fix anything, and we often had three or four customers’ cars waiting in the yard for him to fix. Even though Daddy was working in his shop today, he made sure he quit in plenty of time for us to get ready for our hillside cookout.

We lived at the top of the hill. Many of my relatives also lived on the hill. My cousins Mitch and Tom lived next door with their parents, Uncle Raymond and Aunt Belle. Uncle Raymond worked with Coca-Cola as a route deliveryman and was always bringing home new products for us to try. Aunt Belle worked at home and made the best tomato sandwiches in the world.

Next down the hill lived Uncle Tee and Aunt Beatrice, along with their sons Jack and Billy. They had a shop, a barn, and a pasture that we called the Four Acres. They also had a rolling charcoal grill. Their house was where we were going to have our cookout. At the bottom of the hill lived Daddy’s parents, Mama Millie and Granddaddy.

It was about 5:00 p.m. when everybody started arriving for the cookout. All the kids were barefoot, sweaty, and dirty from a hard day of playing outside. Even though I loved my new tennis shoes, I liked going barefoot better, and Mama said it helped save my shoes for school when it started back.

Everyone had at least one dog. My sister, Ellen, and I had two dogs, Reni and Jip. The dogs knew which house to come home to for eating and sleeping, but the hill belonged to all the dogs, and they weren’t about to miss a chance for grilled handouts.

Every family contributed something for the cookout. Uncle Tee had the grill, fresh hamburger meat, and buns. Uncle Raymond brought in all kinds of Coke products in king-sized bottles. Mama brought in a gallon of fresh milk from her parents’ farm across town. The fresh milk had natural cream at the top, and Mama knew how to make it into a great ice cream mix. Daddy and I had gone to the ice plant to get a big bag of crushed ice for the drinks and the ice cream churns.

The ice plant was a neat place to visit. Long blocks of ice had been frozen on large freezer rails. Men with large tongs and ice picks brought out the ice, using the picks to make a perforated line around the whole block at the desired length. Using the tongs, the men made a quick snap, and the ice broke off along the prescribed point.

The men brought the blocks to the front porch, where they hosed down the ice to get any dirt or wood splinters off and then put the ice on top of the crusher, placing a large paper bag under the bottom chute. With a loud clatter and clack, the crusher started chipping the ice into small chunks that fell into the bag. On holidays and hot summer weekends, the ice plant was a busy place.

We brought the ice back and put about half into a big washtub, where Uncle Raymond had put the drinks. The rest of the ice was taken over to Granddaddy, who was in charge of churning the ice cream.

As Uncle Tee put his apron on to grill, the scrumptious smoke and aroma filled the hillside. He applied generous amounts of salt and pepper to the raw patties. After he flipped the meat, he used a new paint brush to apply melted butter to further enhance the flavor.

We were playing freeze tag when Uncle Tee called us to eat. Daddy said the blessing, and everyone dug into the food. I started with a hamburger and hotdog. I would have gotten more, but Mama made me stop so everyone would have an equal chance at the food. There were not only hamburgers and hotdogs, but all the chips, trimmings, and drinks you could handle.

We were about to pop when Granddaddy yelled out that the ice cream was ready. He had hand turned two churns of ice cream: one vanilla and one chocolate. Everyone got at least one cup of ice cream, but several of us got two.

After eating, the grownups started cleaning up, and us kids caught lightning bugs. I had a quart jar with enough fireflies to line the inside walls of the jar. I planned to use my jar as a lantern or nightlight in my bedroom. The funny thing about wild, brightly flashing lightning bugs is that they quit blinking shortly after you capture them. In the end, I turned them all loose. Mama said they would be happier and would light up for us again the next night. I hated to do it, but I guessed she was right.

Mama had washed the sheets that day and made me take a bath even though it was only Monday night. I have to admit the clean bed felt mighty good. My bed was pushed up against the wall and open window. I lay in bed with my left foot propped up in the window against the screen, catching whatever breeze might come by.

From my bed I heard crickets and katydids but also the jukebox from the Wigwam drive-in and an occasional loudspeaker from the drive-in movies down the road. On Saturday nights I heard the cars roaring at the race track, and if the wind was blowing in our direction, the announcer let us know who was winning.

This night was pretty calm, and I was tired, so I went to sleep quietly reflecting on the day and wondering what adventures might be coming next. Good times!

This book follows a year in the life of a young boy from his ninth birthday until his tenth birthday. A mix of humor, drama, sadness, and enlightenment tie the story together.

The period runs from April 6, 1963, through April 6, 1964. The story is set in the small northeast Georgia town of Toccoa. The author uses actual events and experiences to help develop a fictional story that incorporates subtle, positive values when practical.

It is an intriguing book for growing ten-year-olds as well as for anyone who has ever turned ten years old.

George Sanders is a retired educator who taught high school social studies for 17 years. He also served as an elementary, high school, and technical college administrator for another 18 years. He grew up in a hillside neighborhood inhabited by family and friends. He always thought he had the best of life growing up. He and his wife Sylvia have 3 sons and 7 grandchildren. Blake, their youngest son, also serves as the illustrator for “The Ten-Year Year.”