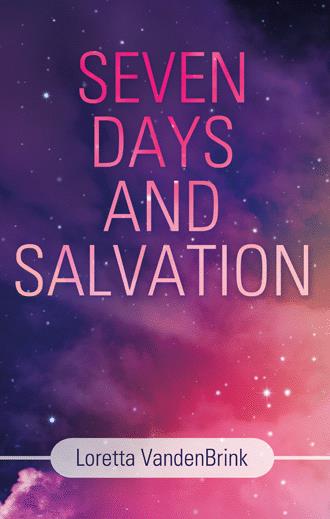 Many believe the first chapter of Genesis is the story of creation, but God did not express His eternal power and divine nature for the sake of creation. He expressed Himself in His power to save mankind from sin.

John, Paul, and Moses all agree salvation can be seen, not in what God created, but in the things that God made.

The Apostle Paul wrote “For the invisible things of him from the creation of the world are clearly seen, being understood by the things that are made, even his eternal power and Godhead;” (Romans 1:20).

In this book we will read about Job, Stephen, the Samaritan woman who talked with Jesus at the well outside the city of Sychar, John, Peter, and Paul. They will guide us through the orderly fashion in which God brought life to the Earth and made a way for mankind to be saved from sin … before God created man.

SHOW ME YOUR GLORY

Traditionally we have been taught that the first chapter of Genesis is the story of creation and that each of the six days ended with God saying it was good. But has tradition steered us wrong? We are about to find out as we probe into the writings of Moses for each day. Then by comparing his writings to the other books of the Bible, we will determine whether Moses was writing about creation or … was he writing about God’s power for salvation.

Moses was a faithful servant of God. He testified to things that God said would take place in the future (Hebrews 3:5). God did not speak to him in visions or dreams, or with questions or parables. He spoke with Moses clearly and directly, “mouth to mouth” (Numbers 12:6–8), as if taking in a breath of air. Jesus said “For had ye believed Moses, ye would have believed me: for he wrote of me.” (John 5:46).

Moses was eighty years old when God spoke to him from the burning bush. It was his obedience to God that brought him to the place of seeing God’s glory; this is Moses’ story.

Moses was a descendant of Abraham, Isaac, and Jacob. He was born in Egypt during a time when Pharaoh wanted all male Hebrew babies killed. As a newborn, Moses was kept hidden by his mother for three months. When she could no longer hide him, she placed him into a woven basket and laid it in the reeds along the bank of the Nile River. Moses was rescued by Pharaoh’s daughter, who raised him as her own son (Exodus 1:15–2:10).

When Moses was forty years old he killed an Egyptian while defending an Israelite (Acts 7:23–24). Knowing Pharaoh wanted him dead, Moses left Egypt and went to Midian (Exodus 2:15).

Moses was on Mount Horeb (also known as Mount Sinai) in Midian, tending a flock belonging to his father-in-law Jethro, when God spoke to him from a burning bush. He asked Moses to go to Egypt and tell Pharaoh to let the Israelites leave Egypt. God promised Moses, “Certainly I will be with thee; and this shall be a token unto thee, that I have sent thee: When thou hast brought forth the people out of Egypt, ye shall serve God upon this mountain.” (Exodus 3:12).

THE LOCATION OF MOUNT SINAI

Helena, the mother of the Roman Emperor Constantine, named the mount in the southern portion of the Sinai Peninsula “Mount Sinai”. Saint Catherine’s Monastery is located there. There is no evidence to support this location as the biblical Mount Sinai.

It would have been impossible for the Israelites to cross through the Red Sea (as the Bible says they did) if the biblical Mount Sinai was located in the southern tip of the Sinai Peninsula. (For more information watch the documentary The Search for the Real Mt. Sinai, with John Rhys Davies, Larry Williams, and Bob Cornuke.)

Moses was eighty years old when he and his brother Aaron first spoke to Pharaoh (Exodus 7:7). Pharaoh not only refused to let God’s people go, he demanded they work harder. This caused the Israelites to become angry with Moses (Exodus 5:6–21). God then gave four promises to Moses for children of Israel.

God sent nine plagues to ravage the land. The night of the tenth plague a lamb was roasted for each family to eat, and possibly for a neighbor as well, since there were to be no leftovers. Everyone ate with coats on and walking sticks in hand, ready to leave in a hurry.

At midnight an eerie silence filled the air, not even a dog barked. The invisible presence

The first chapter of Genesis is commonly understood to be the story of creation. Yet Moses described it as “the generations of the heavens and the earth when they were created, in the day that the Lord God made the earth and the heavens” (Genesis 2:4, emphasis mine).

Have you ever wondered why the earth was “without form and void”? Or what the darkness upon the face of the deep was?

Your faith will grow as you learn what the Bible says God was doing during the seven days of Genesis. Whether you are new to the Christian faith or a mature believer in Jesus, this book will provide a deeper revelation of the power of God to save all men from sin. You will learn how God planned for man’s salvation before He created the heaven and the earth, and that hidden within the seven days of Genesis God made a way for salvation.

Loretta VandenBrink never anticipated writing a book. She began working in 1969, married in 1973, and by 1977 was blessed to be the mother of two boys. Loretta worked outside the home while raising their family. Loretta knew that while she went to church every Sunday she didn’t personally know God. Saturday, Memorial weekend 1979, while cleaning her kitchen floor Loretta asked God to make Himself known to her. One year later she was baptized in the Holy Spirit. In 2002 she earned a bachelor’s degree in Biblical studies from Vision Christian Bible College and Seminary. Loretta and her husband are now retired. They have two grown sons, one daughter-in-law, and three grandchildren.