Introducing Communities of Faith to People with Intellectual and Developmental Disabilities 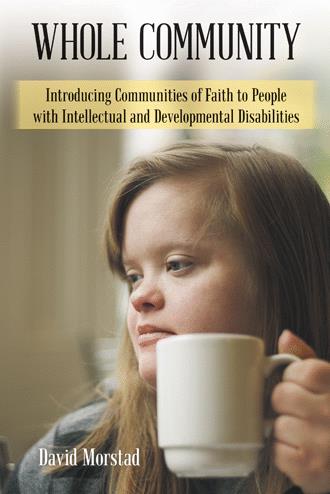 In the story of the pool of Bethesda in the Gospel of John (John 5), we hear of a man who waited for more than thirty years to be healed. The story indicates that the angel who stirred the waters did so on an unpredictable basis. It makes sense that someone would wait a long time for a miracle, but thirty years? A lifetime? Why in the world would he have stayed that long? Why would anyone? We are never told, of course, but we would have to consider one disturbingly simple possibility that would be consistent with the culture of the day. The man had nowhere else to go.
Having a disability, illness or other anomaly at the time meant being set apart from society. Lepers were separated and instructed to shout “unclean” so that others would not encounter them. We logically assume that this was for the purpose of limiting the spread of the disease, and that was certainly a result. But that is an unlikely assumption. Two thousand years ago, people knew little about the bacterial transmission of leprosy (now Hansen’s Disease), but they knew a lot about cultural and religious separation, about clean and unclean. This is the central issue. Creating barriers between the general population and others who, for a variety of reasons, don’t measure up seems to be a familiar theme running through scripture. Jesus was routinely in the business of confronting or simply ignoring those barriers. Jesus healed, to be sure, but when he did, those whom he healed were put back into the mainstream of society. In the Gospel of Luke, we are presented the story of ten lepers whom Jesus cured of their leprosy. Of those ten, only one returned to offer thanks. Jesus asks the natural question, “Where are the nine?” We tend to read this story as a lesson in praise and gratitude, but something else is at work. Indeed, “Where are the nine?” While it would have been good, right and proper for those nine to return to Jesus and offer their heartfelt thanks, they are obviously somewhere else, doing other things. The healing has put them back together with the community. Beyond healing, they have something far more precious, the gift of wholeness. More than healing, faith communities today are being called to seek and to promote wholeness.
The late Elizabeth Hastings, an Australian disability rights activist pulled no punches when it came to her opinion on the healing stories in scripture.

“With all the respect due to the ten lepers, the various possessed, and the sundry blind, lame, and deaf faithful of scripture,” she writes, “I recon people with disabilities may have been better off for the last two thousand years if Our Lord had not created quite so many miraculous cures but occasionally said, ‘Your life is perfect as it is given to you, go ye, and find its purpose and meaning,’ and then to the onlookers he might have said, ‘This disability is an ordinary part of human being, go ye and create the miracle of a world free of discrimination’.”

The stories of disability in the Bible tend to end with the disability disappearing. In our commitment to disability as a metaphor in scripture, we need to be careful not to erase disability.
In her landmark book, The Disabled God, the late Nancy Eiesland identifies what she calls a "hidden history" among Christians. The book’s title refers to Jesus, who embodies disability even after resurrection. After rising from the dead, Christ appears to many and two things are clear; first, that he is fully God, and second, that his hands and feet are mutilated and the wound in his side is still there. God bears the marks of physical impairment. Eiesland writes, "The resurrected Christ making good on the promise that God would be with us, embodied, as we are, both disabled and divine.” Disability is not incompatible with God and should not be incompatible with God’s people.
There is an iconic photograph that frequently surfaces on the internet. It depicts a woman in a wheelchair at a protest gathering. Her sign reads, “Fix the system, not me.” Most people with disabilities do not seek healing for the affliction we perceive them to have as much as they seek a wholeness in the world to which they could more freely belong. In the words of one mother, “I don’t want a different kid. I want a different world for my kid to grow up in.”

The story of people with intellectual and developmental disabilities is often unknown or misunderstood by people in faith communities. Whole Community provides an introduction to the disability’s definition and history, and an overview of current issues in ethics, cultural perceptions, and public policy. Through personal stories and often-surprising data, a new framework for relationship emerges—one that reaches beyond mercy to mutuality and chooses to see disability as diversity rather than deficit.

“David Morstad has steeped his book, Whole Community in years of rich experiences, relationships, and wisdom. The result is an outstanding book that takes the deep and important questions and convictions about living as one body together in Christ and turns that into practical and accessible direction for our Christian communities”
—Barbara J. Newman, author of Autism and Your Church and Accessible Gospel, Inclusive Worship

“In Whole Community, Morstad explores the many important facets of inclusion in faith communities in a straightforward manner, with thoughtful stories and experiences interwoven between the hard questions and realities of the current state of disability inclusion in our congregations. I highly recommend this book for anyone beginning or developing disability inclusion efforts in their places of worship”
—Karen Jackson, executive director of Faith Inclusion Network of Hampton Roads and author of Loving Samantha

“Whole Community is an excellent resource for faith leaders and congregations interested in improving access and inclusion for people with disabilities. Morstad explores a journey toward relationship through which congregations benefit from the gifts and talents people with disabilities bring to the community of faith”
—Curtis Ramsey-Lucas, editor, The Christian Citizen

David Morstad is a widely published writer, speaker and advocate in the disability field. For more than 38 years, he served Bethesda Lutheran Communities in roles that included educational resource development, staff training, Vice President for Communications, and was the Executive Director of the Bethesda Institute. He is a Fellow of the American Association on Intellectual and Developmental Disabilities (AAIDD), and was the 2010 recipient of the AAIDD Religion and Spirituality Division’s Henri J.M. Nouwen Award. He currently serves on the Wisconsin Governor’s Committee for People with Disabilities, and as an advisor to the Faith Inclusion Network of Hampton Roads and the Summer Institute on Theology and Disability.