Back on the Farm2

Stories from the Promised Land 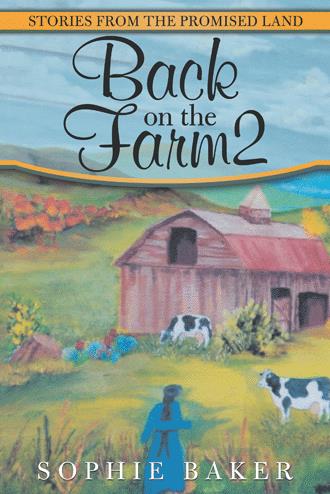 Hailey And the Hillbilly
“Because he loves me,” says the Lord, “I will rescue him; I will protect him, for he acknowledges my name. He will call upon me, and I will answer him; I will be with him in trouble, I will deliver him and honor him. With long life will I satisfy him and show him my salvation” (Psalm 91:14-16, NIV).

Do you believe in Angels? How about miracles? Well, when I think of these topics, I am reminded of many events that took place back on the farm. One such story is the story of our daughters near fatal accident.
Late on Sunday night, July 4, 2004, as my daughter Hailey was driving to work down a strip of county highway through the Mark Twain Forest, deep in the heart of the Ozark Mountains, a pickup truck met her on the curve and the kids in the back of the truck shot bottle rockets at her car, causing her to lose control of her car. Her car went off the road on the right side, tumbled over and over down a 150-foot embankment, throwing her out of the car, the car then continuing on its journey, tumbling end over end and coming to rest on its front end between two trees.
Hailey started her forty-five-minute drive to work with her seat belt on. However, since she was about to reach the gate of the detention center where she worked, she pushed the seat belt button, and was freed from the restraint of the belt. Seconds later, this accident happened. Had her seat belt been fastened, I am sure she would have died. However, for whatever reason, Hailey was prompted to unfasten her belt at that very minute. She remembers rolling the car over, but lost consciousness just prior to being ejected out of the driver’s side window. Hailey is a large framed girl of about 6 feet in height. We are still in amazement as to how that big girl fit through that small window, landed some 50 feet away from the car and survived.
She lay unconscious at the bottom of a ravine in the middle of nowhere in the pitch blackness of late night. She awakened to her car headlights shining and the music from her car radio still playing. Her first thought was to get back into the vehicle to try to reach her cell phone. She stumbled when standing and finally made it to the vehicle but could not open the doors…She cried out for help. No one could hear her.
She fell back to the ground. As she lay there, she prayed that God would not let her die alone—not there, all alone in that dark place. As she lay there, looking up into the sky, she noticed headlights high above her. She decided that the road had to be straight up. She now knew that she had to somehow make it up in that direction to get help.
Hailey made it to her feet again. This time she fell back down and then realized that she was going to have to crawl up the hill to the road in order to get help. She crawled straight upward 150 feet to the road where she collapsed again. She lay on the road for what seemed to her to be an eternity. As she lay there on the lonely road waiting for someone to pass, she looked up in the sky and watched the fireworks of the fourth of July lighting up the sky. She drifted in and out of consciousness.
Finally, a pickup truck roared past her. The driver failed to stop, and she began to cry because she thought he didn’t see her. Suddenly, the pickup truck came back after turning around. The truck came to a stop beside her. As the door opened, a tall and lanky man stepped out of the truck and knelt beside her.
In recounting the story, Hailey says “a Hillbilly with a tiny dog in his hand” came to her side and said “Ma’am, are you all right”? She looked up at him and said, "Do I look all right?" He answered “no ma’am”; and with this answer she then knew she was saved. Suddenly, a peace and calm came over her. The “hillbilly” called 911 and within seconds, the highway patrol, fire department, first responders and the sheriff’s department were all on the scene. Within minutes Hailey was being transported via ambulance stretcher through a farmer’s field to the waiting life flight helicopter…
“…God’s angels often protect His servants from potential harm” … “every true believer in Christ should be encouraged and strengthened! Angels are watching; they mark our path. They superintend the events of our lives and protect the interests of the Lord God…” …She was comforted by someone seeming to be a “hillbilly” holding a very tiny dog in his hand… I searched these records but the caller was never identified…God is always there for us. He may even appear as an angel in the form of a “hillbilly with a tiny dog”. We are his children and he loves us so much. He does not want us to suffer; but when we do, he is with us just like he was with Hailey that night. Hailey met God that night and they walked together through her suffering until help could arrive. He walked with her and our entire family through the long days of therapy and recovery; and He continues to walk with us each step of our earthly journey and He will for all eternity. That is His promise to each of His children who love Him. As we journey through life, let us remember the scripture lesson in John 3:16: God loved us so much that He sent to us the ultimate Gift; the gift of everlasting life through His son, Jesus Christ! 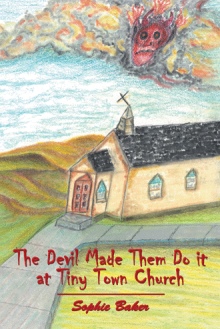 The Devil Made Them Do it at Tiny Town Church
Sophie Baker
$17.95

Sophie writes about God’s love in our everyday situations. Each short story is a lesson of light and hope that God can lift you into a higher understanding of his love!

Sophie Baker was born and raised on the Gulf Coast. She holds two degrees in Registered Nursing, the BS in Agriculture/Animal Science, the Master of Divinity, the Master of Arts in Christian Leadership, and the Doctor of Ministry in Pastoral Leadership. She is an Ordained Minister and spent many years in the pastoral ministry of the Methodist Church. Upon retiring to her beloved Ozark Mountains, she and her husband have assimilated into the Amish Culture there. She serves in the Pastoral, Community and Wedding Ministries and she continues to write stories about God’s love in our everyday situations. They have 7 children and many grandchildren. “Back on the Farm2: Stories from the Promised Land” is Sophie’s third published work.