Just Wish I Had Known

A Guide to Opening a Dental Practice 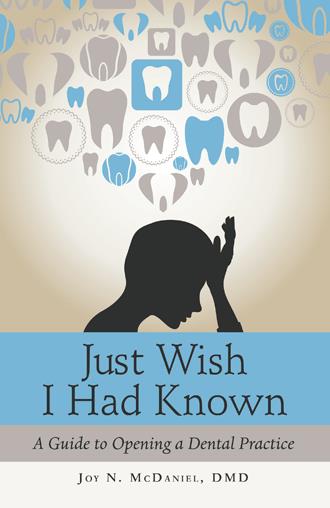 One of the best decisions I ever made in practice was choosing my team: selecting people I actually liked as individuals. Maybe that seems strange, but there are many people who hire staff based on experience and quality of work only. Yes, those traits are key to the success of your business. However, if you find yourself exhaling and rolling your eyes when you think about a particular team member or pausing for deep prayer while asking God for inner peace before entering the building, dreading the possibility that a certain team member’s negative attitude has permeated throughout the office, this makes for a very long, uncomfortable workday. When the attitude of an employee negatively affects the office atmosphere whenever they’re around, this is a red flag, a warning that something needs to change.

The people I chose actually enjoyed each other’s company, and I would not change that decision for anything in the world. I have worked in several offices where team members could not stand the sight of each other. They were highly qualified in doing their jobs, however they did not communicate well, they refused to help each other out, and there was constant back- biting and running to the supervisors complaining about the most insignificant things. More often than not, each of them assumed the actions of the other were intentionally negative, and they refused to give each other the benefit of the doubt. There was such a negative atmosphere in the air that it didn’t matter whether they performed their task well or not. There was no trust amongst them and for years they endured the negative work environment. There had been several attempts to heal their hurts with multiple team-building exercises and meetings with supervisors and even mediators, but the drama continued.

I learned a great lesson: people have to want their current situation to change before change can happen. I often wonder if they secretly enjoyed the drama; it was obvious they didn’t want it to go away. Team members who truly enjoy each other’s presence will work hard to do whatever it takes to help each other in the office. This is done not because they have to, but because they want to.

Dr. Joy McDaniel graduated from dental school knowing how to make beautiful and clinically ideal crowns, bridges and dentures. She could also fill and extract teeth as well as anyone.

But she had no clue how to manage and run a dental practice—that was something she had to learn on her own.

This guide for dental students and dentists who want to open their own practice provides a blueprint for tackling the tasks they don't teach you in school. Learn how to:

Dr. McDaniel also highlights the importance of rewarding staff with continuing education opportunities, ways to provide excellent customer service, and how to connect with potential customers.

No matter what you do, there will be some things you learn by trial and error, but you'll get actionable insights on how to open and operate a successful dental practice in Just Wish I Had Known.

Dr. Joy N. McDaniel was born and raised in North Carolina. She graduated from Florida A&M University in Tallahassee, Florida, where she earned a bachelor’s degree in psychology. She completed the country’s first dental post-baccalaureate program at the University of California, San Francisco’s School of Dentistry and completed her Doctor of Dental Medicine degree, in 2004, at Temple University School of Dentistry in Philadelphia, Pennsylvania. In 2009 Dr. McDaniel earned her Fellowship in the International Congress of Oral Implantologists. After opening her first dental practice, Oasis Dental, she met and married an active duty soldier. As a dedicated military spouse willing to relocate across the country when duty calls, Dr. McDaniel has had the opportunity to work in a variety of dental settings throughout the United States. This experience has given her valuable behind-the-scenes insight she is willing to share about owning and operating a dental practice.