How Does God Really Feel About Females?

A Biblical Study in Gender Equality 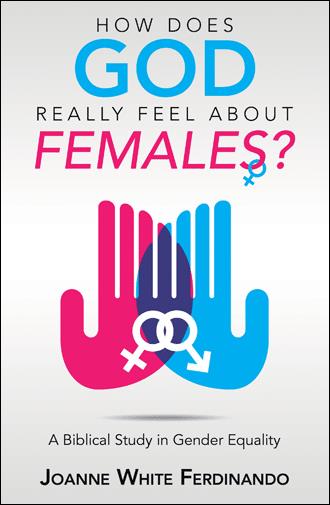 How does God really feel about females? Only He can truly answer that question, and we can look within the pages of the Bible for His answer. We know the Bible was originally inerrant (had no flaws) when inspired by God, but a few uninspired words and phrases have crept into its pages over time. And some of God’s initial words have been obscured by translator bias, invalid interpretation, or inaccurate transmission of the text.

We should therefore closely examine any biblical word or phrase that suggests a second-class gender status for females to see if any type of obfuscation has occurred over time. If we should happen to find a blurring of the original text, we can attempt to eliminate it so the pure Word of God can shine through. Let’s get going then and take a good look at the word head.

The verse below is often cited as proof that God expects males to rule over females.

There’s no getting around these words. The biblical message is clear. Or is it? Since God made Ish and Isha co-equal in the beginning and didn’t ordain a secondary status for her or establish patriarchal headship for him, this verse seems to contradict His original plan for man and woman.

The Greek words for man (andros) and woman (gyne) in 1 Corinthians 11:3 can also mean husband and wife and must be interpreted by context. Corinthians is a reproof epistle, so we can ask, “Who was Paul reproving in the city of Corinth? Was he reproving all men and women (including single and widowed men and women) or just husbands and wives?”

A verse at the beginning of 1 Corinthians, 1:2, confirms that Paul was writing to the entire Corinthian church (“To the [whole] church of God which is at Corinth”), not just to husbands and wives. This epistle offers reproof to all of the men and women in the Corinthian church; therefore, andros and gyne must mean man and woman here, not husband and wife. Let’s keep that in mind as we move along.

Paul plainly states in 1 Corinthians 11:3 that “the head of woman is man.” This statement can’t mean that males are sanctioned by God to rule over females because God didn’t originally set things up that way. Yet, male headship—the phrase “male headship” doesn’t appear in any Bible manuscript, by the way—is conspicuous today on a worldwide scale in the form of male leadership and superiority in business, education, government, religion, sports, and so on. It moderately dominates most family life, particularly in homes where a religion is followed, whether that religion is Buddhism, Christianity, Confucianism, Judaism, Hinduism, Islam, Taoism, or some other faith (with the rare exception of a matriarchal religion).

While nothing is intrinsically wrong with male leadership, there is something wrong when female leadership is not equally accepted and when male leaders who practice headship expect females to “knuckle under” without recourse.

The Greek word translated “head” in 1 Corinthians 11:3 is kephale (kef-al-ay’). When the Hebrew OT was translated into the Greek Septuagint, kephale was selected 8 out of 180 times by translators to replace the Hebrew word for head (ro’sh) when the implied meaning was “chief” or “leader.”

One key for properly interpreting the Bible is that an unclear verse should be interpreted in view of many clear verses. Here we have 172 clear verses and 8 unclear.

In the very beginning, God made the male and female equal in gender and power, so how did the female become secondary to the male? This book comprehensively reviews the initial gender equality of the sexes, how it was lost, and why it should be reclaimed. Accurate translation evidence is provided for words like desire, rule, head, and submission—words that have unnecessarily held back all females, especially Christian females, for thousands of years. Clear analysis of male/female brain functions, biblical languages, patriarchy, ancient law codes, complementarianism, slavery, rape, marriage, and verses like Genesis 3:16 and 1 Tim. 2:12 should satisfy most skeptics that it was never God’s intention for the female to be second to the male on a human totem pole. They were made to stand together on the same rung of creation’s hierarchical ladder and to freely use all of their talents and abilities. Females are now, and always have been, equally loved in the sight of God and needed in the Church and world.

Joanne White Ferdinando has been researching the Bible with a focus on gender equality for more than 40 years. In-depth study with several biblical research groups during those years highlighted the importance of accurate translation and allowing the Bible to speak for itself without private interpretation. In 1996, Joanne earned a B.A. degree, Magna cum Laude, in Psychology while working full-time and raising three children as a single parent in Florida. She has served in leadership roles in a university, two hospitals, two churches, and several community volunteer programs. Joanne now lives in rural Georgia where she writes, supports her daughter’s ministry, and enjoys her dog Rocky.