Shades of Grief, Guilt and God 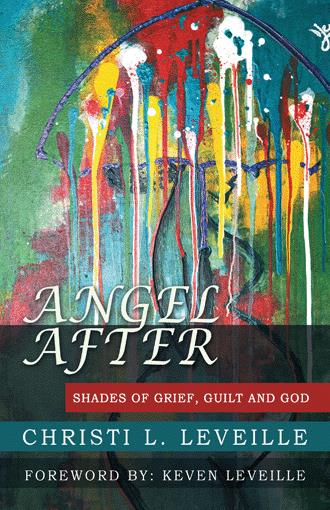 Our anniversary came, the day our baby boy was due, and I was so depressed. I did not want to talk to anyone. All around me, people were pregnant and happy or had just had their healthy little ones, including some very close and dear to me. But, I could not fully celebrate in their joy when I was suffering from so much misery and the thought of having lost two in a row. I would see or hear about people who did not even want children giving birth to beautiful, healthy babies. Or those who did not take care of their bodies, such as drinking, smoking, or other harmful things even while pregnant, yet still giving birth to beautiful, healthy babies. Life just was not fair.

Not that I was perfect or lived the perfect life. But, why did I lose these two dear babies when I did everything in my power to ensure their health? It was my lifestyle to guard my eyes and ears so that my spirit was as pure as possible. I did not curse, I did not drink alcohol, I did not smoke, I never had multiple sexual partners, only my husband, I did not listen to vile music or watch vile shows, I did everything that I could to protect myself physically and spiritually. Yet, despite all of this, my body caused my husband and me to lose two babies. What did living this lifestyle matter anymore?

I might as well eat and drink whatever I want, live how I want to live, watch what I want to watch, live recklessly without a care. Who cares about what God thinks? Obviously, it did not matter anyways because it did not make a difference. I found it extremely difficult to pray so I did not pray. I could barely say a grace for my food. I did not think God was listening. He was not listening when I begged and pleaded for Him to bring our daughter back and He did not listen when I begged and pleaded for Him to bring our son back. Despite our declarations and prayers, we lost them both. So why pray now? For what? He was not listening anyways. All I wanted to do was scream and shout and cry and curse and break things. But, I mostly suffered in silence.

I did not want to burden my husband with my despair and anguish because he was trying to manage and deal with his own. No counselor could help. And I did not want to speak with any family or friends because none of them had been through anything similar. No one I knew had experienced anything like what I had experienced. Although I knew some who had suffered miscarriages in early pregnancy and could understand the pain of loss, I did not think that any of them could fully understand my pain and torment because of the additional layers of trauma from delivery and burial of our babies. I chose to remain silent and drown out my thoughts. Instead, I kept a smile on my face and pretended as if everything was fine. I did not talk about it and nobody seemed to notice. Things were back to normal. It was something sad that happened and we had moved on just like everyone else.

But internally, I was still screaming and wrestling with my emotions.

This journal turned book follows Christi in a dramatically painful journey of rediscovery after two consecutive losses—a stillbirth followed by the death of a child shortly after birth. From having fearless faith to completely losing her identity and all confidence in God, this book explores Christi’s struggle in finding value worth living for and in trusting God when the miracles she prayed for did not appear.

Although it is her own personal testament, Angel After is written for those who have not always had the most gracious response to adversity. This is for those who may have lost perspective of who they are and who God is in the midst of misfortune, those who may have struggled to understand purpose and destiny, and those who may even have lost the conviction to live. I pray that Angel After encourages you to find life after trauma. We can allow God to touch our deepest wounds and remind us of his power to overcome. We can also find the conviction to live once again.

Christi L. Leveille is an attorney residing in South Florida who owns and operates a law firm alongside her husband. Although a practicing attorney, after suffering two tragic losses, God inspired her and her best friend to start an organization that seeks to empower, encourage and support women who have dealt with infant loss, neonatal loss, infertility and other pregnancy-related complications along their journey to motherhood. They have a YouTube channel, ChristiChristie.

In her spare time, she co-authors a blog with her husband Keven, entitled Love & Leveille which explores their mutual interests including concepts of faith and love, divine purpose and creative passion, world travel and work balance, human rights, social justice and great food. Their corresponding YouTube channel is also entitled Love & Leveille.