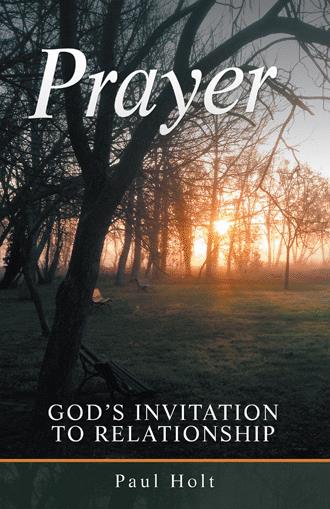 If we have been responding to God’s invitation to meet Him through individual prayer, and have entered into the secret place intentionally to spend time with Jesus Christ, what happens next may surprise us. Why? Because we are involved with a living God who is active in His world. He inspires and encourages us as His friends to discover His ways and follow His paths. Therefore it is highly likely that change will take place.

We may experience change at a number of different levels. To begin with, our ideas about individual prayer may change. Sam Wells, an Anglican priest, has written that conventional notions of prayer tend to use God rather than enjoy Him. God is simply a means to an end. So, if we think individual prayer is simply about trying to get an outcome from God and nothing more then it is likely to become boring, tedious and dull – especially if nothing seems to happen. Worse, prayer will become very one-sided. The truth about prayer, of course, is very different, for God longs to connect with us and invites us to share with Him as we pray. God enjoys our company through the interaction of prayer. If this changes the way we think about praying, it may well be that our reticence to pray, or our expectations about what prayer will be like, will also change. The prospect of praying on our own may begin to feel like an adventure and not a chore, an exciting activity instead of a drudge.

If we are keeping company with God in this way, we know we are being included in the Holy Spirit’s ministry to us. We saw in the first chapter that the Holy Spirit is deeply involved in maintaining our relationship with Jesus, especially by encouraging us to pray. He is alongside us, He stays with us and He is within us. And He is in the business of change.

Scripture contains many stories of individuals being changed as they encounter God. We might remember for example Moses, who met God at the burning bush ; Moses’ life was never the same again. Or again, how about Zaccheus ? He changed his attitudes to money and wealth after he met Jesus. Instead of swindling people to get more money from them, Zaccheus wanted to give lots of it away. We think also of Nicodemus . He was amazed to find out that Jesus – a Stranger - knew so much about him, and this recognition entirely changed his outlook. Think too of what happened to the woman at the well after she met Jesus and He asked her for a drink . We can probably think of many more examples where, for so many, meeting Jesus changed their lives.

So what is special about the sort of change that meeting Jesus makes? Is it like the kind of change we achieve when giving our living room a ‘makeover’, or changing the colour of the front door because we could do with a fresh one? No - it is not a new covering over something old, not an add-on, not new wine into an old wineskin, but quite the opposite. God brings about transformational change. The Greek that lies behind this English word occurs for the first time in the New Testament in the story of Jesus’ Transfiguration. You may remember the part where, as Peter, James and John look on, Jesus is ‘transfigured’ before them. They see about as much as they can take of His glory, in all its dazzling brightness and shining splendour. True, Jesus’ appearance changed before them; but this was a special, profound kind of change. What had been hidden about Jesus became fully real. As His appearance became transformed He revealed who He truly was – God’s Incarnate Son.

There is a legend about the English King Richard III, ‘the Lionheart’. Having been out of the country for many years, he returned dressed in peasant’s clothes, not wanting to draw attention to himself. Several nobles befriended him and were kind to him, unaware of his true identity. One day, the ‘peasant’ accidentally tore his clothes and beneath the fraying cloth of his peasant’s cloak, the friends saw the three red lions emblazoned on his royal tunic. What had been hidden was now clearly seen. The sight of the royal tunic brought transformational change; they discovered who he really was, and in turn fully realised who they really were, subjects in the presence of the king. Transformational change is not only deep, comprehensive and profound; it is also brim full of new possibilities, so that the old realities no longer work. Everything around changes too, rather like the ripples in the pond. From the Transfiguration story, if those three disciples had had any doubts about who Jesus really was, what they had seen would have swept these away.

Our ideas about prayer, our views about ourselves (and how weak or inadequate we may think we are as disciples), our attitudes to others and to the world – in all of this God seeks to take us to new possibilities. He seeks to show us what might lie hidden beyond our horizons that have become cramped by memories of past failures. As He promised through Ezekiel, He will ‘put a new spirit within you’ . As David Wilkinson writes,
‘.. The invitation from God is to come into a transforming conversation with Him’.
In other words, amazingly yet simply, God begins the transformation process as we meet Him and hold conversation with Him in individual prayer.

If you are inquisitive about prayer or are dissatisfied with your prayer life, Prayer: God’s Invitation to Relationship can direct you toward contemporary and historical accounts that will show you how God’s kingdom grows as people pray, transforming individuals and situations. Through these explorations and a number of practical tools, you too can build a prayer habit and kick-start your prayer life.

In Prayer: God’s Invitation to Relationship, author Paul Holt explores individual prayer as a means of responding to God’s call to connect with Him as Father and Friend. Beginning with a review of Jesus’s instructions to his disciples about praying (“whenever you pray”), Holt draws upon a wide range of Christian source material to illustrate individual prayer as a means of building a relationship with God. He draws attention to the God who longs for his people to pray so that he can bring blessing. Four threads of our growing relationship through prayer are identified, including openness and honesty, attentive listening, partnership and transformation.

Paul Holt is a Christian communicator and writer on the spiritual life. He studied in the UK, graduating in Theology at Durham University and gaining a Masters in Social Science at Birmingham. He trained for the Anglican ministry in Cambridge, and spent a number of years in church leadership. He is a qualified social worker and an experienced counsellor, and maintains an informal ministry of supporting others as they discern God. With his roots in pastoral theology, he has reflected at length on the practical issues raised by wanting to be a faithful disciple amongst life’s challenges, and is passionate about encouraging spiritual growth.