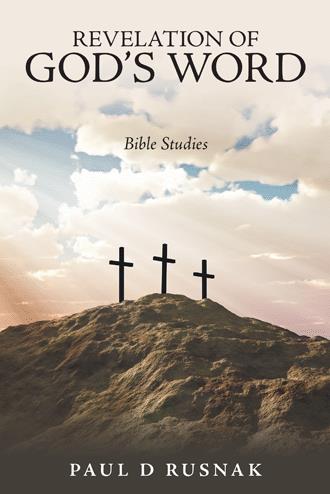 The Beast and Ten Kings
Chapter 1
Israel becoming a nation again was not the only prophesy fulfilled in the twentieth century. There was much more. It started on July 28, 1914 when World War I began and concluded with the reunification of Germany in 1989. Since Germany has reunited, the stage is set for the rise of the beast and the false prophet of the end time.
In the thirteenth chapter of Revelation it is recorded that John saw a vision of a beast rise up out of the sea, having seven heads and ten horns and upon his horns ten crowns. One of its heads was wounded as it was to the death; and his deadly wound was healed Revelation 13:1-3. This beast was given its power by the dragon. Revelation chapter 12 explains who or what the dragon was in John’s vision. If we read chapter 12 we can clearly see the dragon is symbolic of Satan. So when it is said that the dragon was worshiped, it is speaking of the Devil. Revelation 20:2 also clearly states that the dragon is figurative of Satan. The word translated worship in these verses also means to pay homage to; So those who worship the dragon and the beast do not necessarily have to fall down before them; just acknowledge their allegiance to them. Also, the Greek word translated “kings” in these verses means a sovereign (abstractly, relatively or figuratively). So it doesn’t necessarily have to mean a single person, but can also mean a government or ruling power.
The Angel told John in Revelation chapter 17 that the seven heads represented seven kings. Five of them had fallen, one (is) and the other was yet to come. The one that he said “is” was the Roman Empire. It is widely believed that the five that had fallen were Egypt, Assyria, Babylon, Medo-Persia and Greece. The one that was to come would be the seventh. This seventh one would have its head wounded as unto death with the sword and be healed. The sword is symbolic of war. (Rev. 13:3 and Rev. 13:11-12).
In 1914 World War I started and concluded in 1918 by both sides signing an Armistice. An Armistice is an agreement by two warring parties to quit fighting. Germany was not defeated by a death blow, it was just wounded like prophesied. Germany was badly wounded in the first World War but within a few years its deadly wound was healed and it started the bloodiest and most destructive war in history. (History tells us World War II was actually a continuation of World War I) The Angel said that this beast and ten kings would make war with the Lamb and the Lamb would overcome them (Rev. 17:12-14). Hitler tried to exterminate the Jews and fought against everything that stood for the living God. This was not just a war between countries, it was also a war against God, which should not be a surprise since the Beast was given its power by Satan.
As prophesied in Revelation there were ten kings allied with the beast for an hour, meaning it would be a short time (Rev.17:12). This alliance was not a revival of the Roman Empire like many believe but Italy was one of the members of the alliance with the beast. These are listed below.
The ten kings that were allies with the seventh head (Germany) whose deadly wound was healed.
The Tripartite Pact, also called the Three-Power Pact, Axis Pact, Three Way Pact or Tripartite was a pact signed in Berlin, Germany on September, 27, 1940, which established the Axis Powers of World War II. The pact was signed by representatives of,
Germany, Italy and Japan.
Hungary joined the Pact on November 20, 1940
Romania joined November 23, 1940
Slovakia joined November 24, 1940
Bulgaria, March 1, 1941
Kingdom of Yugoslavia, March 25, 1941
Croatia, joined June 15, 1941
Finland never signed the Pact but started co-operating in military operations with Germany in late 1940.
Thailand never formally signed the Tripartite Pact, but after the military invasion of the country in 1941, which concluded in an immediate cease-fire by the Thai army, Thailand signed a military alliance with Japan. This in turn linked Thailand to the Tripartite Pact. Thai forces later in us is the Holy Spirit–He is the anointing that we helped Japan in the invasion of Burma in 1942. They continued to govern themselves but allied with the Axis Powers, mainly Japan.
These were the major countries in the Tripartite Pact. There were several others but they were what is called puppet states. Those countries did not govern themselves but were led by installed puppet leaders from other major countries that had signed or supported the Tripartite Pact. Because they were governed by those countries, they are not counted separately. Some countries switched sides as the war progressed but these are the original ten kings spoken of in Revelation chapter 17, who received power with the beast one hour (a short time).
As a direct result of World War II and the suffering of the Jews it caused, after nearly two thousand years Israel once again became a nation in 1948, fulfilling more prophesy. Then in 1967 in a Six Day War, Israel gained full control of Jerusalem, fulfilling even more prophesy. From 1948 until 1967 Israel only had control of half of the city. Since 1967 Jerusalem is no longer trodden under the feet of Gentiles. That time has been fulfilled (Luke 21:24).

This book is a collection of studies from over fifty years of studying. It contains new revelation of scripture. It addresses subjects like New Revelation about the Beast of Time, Paul’s thorn in the flesh, the Tree of Life, why Jesus doesn’t know when the last day will be, and much more.

About 30 years ago the author had a vision. It is recorded in the last chapter of this book. After this vision he started receiving revelation. It is also a product of much prayer and meditation I have not written a book to just write a book. It is a message to the Church. May God’ bless those who read it. May He also give the them Spirit of Wisdom and Revelation in the knowledge of Him. (Eph. 1:17)

A prophesy - Those who come after me shall be grater. I don’t know what it means but time will tell.