Ramblings of the Brethren

A Record of Biblically Inspired Discourse 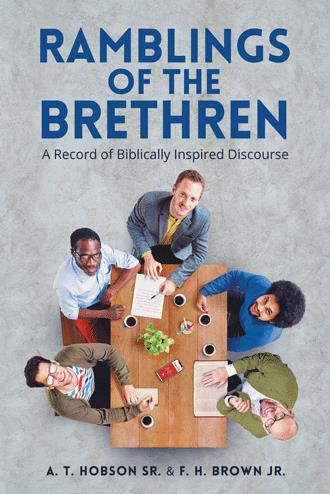 This rambling starts out with Oliver sharing his experience in applying for a car salesman’s position. He explains that during the process of applying for the job he took notice of several things that would bring the integrity of the job into question. There were red flags being raised that he just couldn’t turn a blind eye to. He began to see that they were willing to cheat people for the sake of gaining more profit, and it didn’t sit well with him. Let’s join in to see what we can glean.

Oliver: I wasn’t able to pass one of the tests, because the whole purpose of it was to gauge how comfortable I would be lying to a customer. One question was, “If you believed a person had $10,000 in their bank account, and you knew they couldn’t afford the car you were trying to sell them, would you still sell it to them?” The answer seemed easy; I answered no!

Oliver: The interviewer watched me take that test, and he said, “That answer’s yes, you will sell him that car.” He continued, “Think about it like this, you’re going to sell him that car and get his money, eventually he won’t be able to make payments and we’re going to get our car back.”

Pastor: Wow, that’s bold! For them to tell you straight up, “We’re trying to take their money and it’s going to work out for our benefit.” That goes against everything we’ve been taught about customer service.

Andre: A business should never be like that. If you think about it every business has the chief purpose of providing a service to the public. When a business starts to take advantage of its customers, they’ve gotten off track.

Oliver: Makes me wonder how some people sleep at night. Have you ever noticed people that work in customer service? Many of them look miserable, or stressed out, but they have a smile behind it though.

Pastor: The way it was told to me; I think it was my dad or some wise man told me this. He said, “Now listen, you have to go down there with a plan. You have to know what you want to spend and what you want, period… Period! How often do you buy a car?” I responded, maybe once every four or five years. He said, “Okay, so you talk about buying a car once every five years, how often do you think that car salesman talks about selling cars?” I said every day. “So, he knows when you look a certain way what that means. If you respond to his question a certain way what that means. He knows how to ask certain things and lead you on or dig information out. You’re on his turf, and he knows exactly what he’s doing.”

Andre: It’s important for us to already have a determined mind. We should have the attitude of regardless of what happens today I’m going to follow God… Period! If we haven’t already determined God’s will, we will be easily deceived once we step on our adversary’s turf. He’s been deceiving folks for a long time. If we haven’t lined up with God, or if we haven’t already determined our responses how will we be able to overcome temptation? We cannot combat the enemy in our own strength, it must be through the power of God.

Set your focus on God today. Purpose to keep an open line of communication with Him all throughout the day. Know that there’s an adversary waiting for your arrival, and he’s as sly as they come. Cling to God today and pray for discernment, that you may be able to recognize deceit at the onset.

Colossians 3:2 - Set your affection on things above, not on things on the earth.

1 Timothy 6:10 - For the love of money is the root of all evil: which while some coveted after, they have erred from the faith, and pierced themselves through with many sorrows.

Proverbs 11:1 – A false balance is abomination to the LORD: but a just weight is His delight.

The nature of Ramblings of the Brethren allows men to join in on good wholesome discussions and feel apart of the actual fellowship. Week by week different perspectives are shared on any given topic, creating an atmosphere of not only encouragement but diverse learning as well. At the close of each week there is a "Brethren's Challenge" intended to encourage us to apply that week's discussion to everyday life. Sometimes we need an outlet through which we can express what's happening in our lives, or share what we've learned through our own personal walk with Jesus. Ramblings of the Brethren provides that outlet.

Andre Hobson is a Christian brother who serves as a Non-Commissioned Officer in the United States Army and the head writer, and Discussion Leader for Ramblings of the Brethren (ROTB). An organization he founded in Waegwan, S. Korea.

He and His wife Courtney reside in the Land of the Morning Calm, S. Korea, with their two children, Lyla, and Sonny.