A Dismissed Mother’s Love Compels Her to Never Give Up 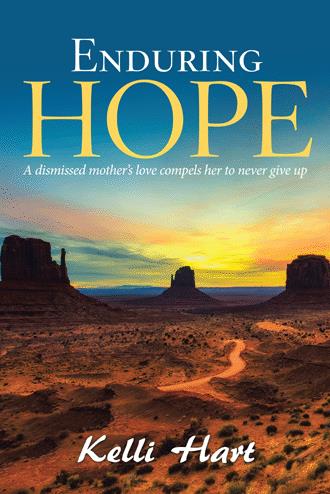 The knock on the door of her bedroom startled Kelli awake. She rubbed her eyes and looked around. The dim light through the bedroom window of the old farmhouse told her that it was morning, but her body ached for more rest. The alarm clock near the bed said it was almost 6 a.m. Kelli’s husband, Guthrie, didn’t leave for work till 6. There was another loud knock at the door and Kelli steeled herself, expecting to hear Guthrie’s angry voice.
“Momma, Aaron won’t let me get my shoes out of the hallway,” a small voice whined behind the closed door. Kelli felt the tension leave her at the sound of her young daughter’s voice. Relieved that it wasn’t Guthrie, she stretched and sat up in bed.
“Shanae, why are you kids up so early this morning?” Kelli asked. She brushed her long blonde hair out of her blue eyes and sat up.
“Dad woke us up and said he wanted to talk to us,” Eight-year-old Shanae answered.
Kelli cringed. This was probably not good. Guthrie was not being truthful lately. He seemed to want to cause conflict. With her illness, Kelli was not coping so well with his behavior. Kelli usually woke up when he got up, but she hadn’t heard him this morning.
“Is he still here?” Kelli asked. She moaned at the pain in her joints as she swung her legs over the side of the bed. She had grown very thin since her illness and still had little energy.
“No, he just left,” Shanae answered. Then her voice became angry. “Dad told us you are just being lazy. Are you going to get up?”
“I’m not lazy. I’ve been ill. And yes, I am getting up,” Kelli answered. She struggled to get out of bed, not so much from the physical pain in her body as from the hopeless frustration and emotional pain she had felt in the last few months. She stared out her bedroom window, the gray gloom of the sky matching her spirit.
Another more insistent knocking brought Kelli to her feet. She stared at her feet, which had only recently lost their swollen purplishness. It was nice to be able to fit into her slippers again.
“Mom, are you gonna fix breakfast?” Young Aaron’s voice said.
“I’ll be right out,” Kelli said, standing up. It was mid-March and still very cold. She shivered and pulled on her fuzzy blue housecoat before heading for the kitchen.
The morning rush to get the three youngest children off to school had begun. The floor of the old house creaked under her feet. She froze in the doorway when she saw Guthrie standing near the coffee pot. He must have only gone outside to smoke a cigarette. He turned to look at her, a frown on his face.
“Shanae said you left for work. Is everything okay?” Kelli said, trying to smile at him and ignore the hammering of her heart.
“Why would you think it’s not okay?” Guthrie scolded.
“I just mean, well…,” Kelli stammered, not sure of how to answer for fear of making him angrier. “Don’t you have to go to work today?”
“Is that all I am to you? A paycheck?” Guthrie accused angrily.
“No, I didn’t mean that at all,” Kelli said.
Anxious to leave before his rage worsened, as it often did lately, she walked quickly through the kitchen and opened the door to the basement, then hurried downstairs to where their teenage son Jadon’s bedroom was.
“Jadon, it’s time to get up for school!” Kelli waited a moment. When there was no answer she tried the door knob and discovered it was locked. She knocked once more. Still hearing no answer, she started back up the stairs to see how the younger children were coming.
She was half way up the stairs when she saw Guthrie glaring down at her. She froze. Guthrie’s recent hostility caused fear to come over her. She wondered if she should attempt to go on up. 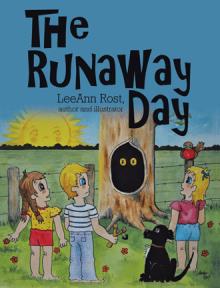 A bomb is about to go off in Kelli’s family,
and they wouldn’t all survive.
This book is inspired by a true story about a housewife named Kelli, who lives on a farm in the Midwest with her six children and her husband, Guthrie. Kelli becomes frightened and perplexed when she falls very ill, and Guthrie’s behavior becomes irrational and very unkind.
Guthrie is trying to convince Kelli and anyone else who will listen that she is crazy and dangerous. He seems intent on destroying her relationships with her friends, family, and their children. He uses the legal system, the police, and social services in his campaign to degrade Kelli and gain control of their children. He is able to fool many professionals with his lies. Has Guthrie come to hate her this much? Or is he the one that has lost touch with reality?
Kelli almost completely loses her ability to go on and to hope. After years of emotional abuse and watching her children suffer severely and not being able to stop it, she is losing her will to fight and her faith in a God who would rescue them from evil. Where was he? God had abandoned her family in their storm. Or had he?

The author of this book is also the main character. She and her children have lived a train wreck of emotional abuse that caused one of her sons to take his own life, and the remaining living children to become damaged to varying degrees and to become alienated from her for years. She has struggled with depression and doubt, yet has not only survived but thrived with the ability to remain hopeful because of her faith in a loving God.