My Journey from a Life of Fear to One of Hope 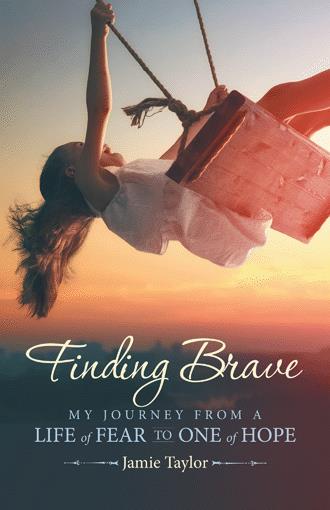 One of the coping mechanisms I employed during this time was the delicate art of the perfect excuse. When you can't drive without serious fear, and time spent in a room with other people makes you physically ill, it becomes difficult to have a social life. While I had never been the life of the party, I certainly enjoyed times of frivolity with friends. And, suddenly I was faced with a very real dilemma. I could let them in on my very real time of crisis, or I could pretend that everything was fine, and allow them to conclude that I was perfect in every way.

Fearful seasons have a way of pushing us to the edge of dishonesty, don't they? We incorrectly assume that no one else is dealing with the fears that we are, and because of our desire to appear in control, we lie to ourselves and everyone else. Instead of opening ourselves up to a scenario where others empathize with our human weaknesses, we close up our hearts and minds to the idea of sharing our imperfect life.

Such was the case during the time of my acute panic. I had never lived a life that was characterized by a continual cold sweat. And yet, I knew that if my friends and family saw me in that light, I would lose all credibility as a calm, confident person. So when they would ask things of me that I could not handle without fear, I would craft the perfect excuse as to why I was unable to join them. I wonder now what some of them were thinking. How many of them knew what was actually going on, and just let me lie to cover up the real reason for my avoidance.

Let me stop at this point and tell you that it's okay to say no. The problem with the way I handled things is that I was dishonest with myself, and with others. Instead of saying, “I'm going through a tough time right now, and I just can't do that at this time,” I would come up with an excuse to avoid telling the truth. I would even fabricate a clever commitment that would cause a conflict with the event being presented. Even if it was something as simple as my new baby, I would use any excuse to get out of facing fear.

I do know that some of my family and friends had an idea of what I was dealing with. They tried to talk to me about depression and anxiety. I brushed it off, declaring to myself and the world that this was just a phase -- something I was “going through.” I wouldn't see a doctor for it. I wouldn't try to get to the root of it. I would just secretly search the internet for other people like me who couldn't drive, or go shopping, or sit in a crowded room.

I found those people. I discovered a few helpful articles that gave me insight into how I might get through this time of acute panic. While coping mechanisms are extremely helpful, they are only truly effective if used in conjunction with treatment. The component I was missing was a professional counselor to help me understand this vast world of anxiety that I had previously been a stranger to. Anxiety and Depression are no small feat, and should be attacked with every arsenal possible. One's guard must be let down to deal with the underlying issues.
And in all of this, the driving motivation was control. I wanted to appear to be in control, even if that was the farthest thing from the truth. The truth was that I had lost all control. I couldn't face the world and win...I knew it. And, at that point in my journey, I was content with lying to myself and those around me, if it meant I could postpone my reality as a person who suffered with anxiety and depression. I didn't want to be one of “them.” I wanted to be the strong one; the woman who had more courage than most, who would fight with heroism and win at life. To me, admitting I was suffering from depression wasn't courageous. Admitting to a reality that included irrational fear wasn't brave. In my mind, I was strong when I suffered silently. Although I would nod with understanding when people would share their own struggles with anxiety, I kept my own experiences locked up inside. I lived in isolation and loneliness, peering through the blinds of my house, and my heart. 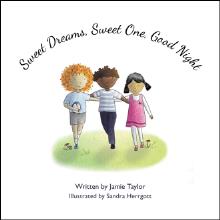 We live in a world of expectations, where any deviation from the norm can make us feel outcast and alone. Anxiety, depression, and pain become our constant companions, and it can seem scary if not impossible to know where to go next. Yet sometimes the bravest thing you can do is take the next step in front of you. In Finding Brave, author Jamie Taylor shares her own compelling and inspiring story of living for ten years with physical and mental chains around her body, as she struggles with anxiety, depression, and loneliness before opening her heart to God and discovering a renewed bravery in faith. Jamie explains how trusting in God and giving up control is the answer to that longing for healing, and she offers personal anecdotes and practical solutions for those living with mental health issues. While the struggle with mental health issues may not end, God’s faithful love is enduring and strong. If you or someone you love is facing anxiety and depression—and you are seeking to understand the experience—then Jamie’s story of hope and healing can help you discover who you are in Christ and start living from a place of trust. Because only when Christ sets us free are we truly free take the next step and live the purpose he intended for us.

Jamie Taylor is a woman who loves Jesus and wants the world to know about his plan for their lives. She is first and foremost a Christ follower, secondly a homemaker, and finally a dream chaser. She and her husband, Brian, are in the full-time ministry at Grace Bible Church in Idaho, where Jamie is involved as a worship leader. They have four children who bring them great joy, and Jamie loves to help people learn how to walk bravely with purpose and freedom. You can connect with Jamie at www.jamietayloronline.org