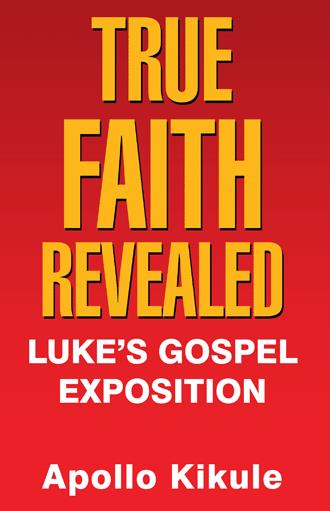 True Life – our faith in Christ

True life in this world starts with knowledge of God through faith in Christ. This life is the end of fear of sin and death from which all other fears such as poverty, sickness, pain, divorce originate.

This true life of faith in Christ dispels unbelief which is the ignorance or absence of the spiritual power among unbelievers, it is also known as the lack of intelligence. The new life in Christ is to have peace on earth, devoid of foolish thoughts which make us prisoners of sin and death without realization of the bondage.

True life or faith in Christ is love, hope in the resurrection and joy as a result of the new intelligence which dispels sin, death and fear. The lack of true life is demonstrated by the three women on Easter morning. Their faith was still very weak on Easter Sunday just like the rest of the disciples. They arrived at the tomb laden with aromatic spices early in the morning having forgotten what Jesus had constantly told them about his resurrection. The women could not believe what they saw, perplexity befell them. “Stop fearing” the angel said. The women desired to finish the burial rituals, a decent grave stone, flowers, tears, sorrow, all their faith gone, they were at a loss - so are the majority of our lives without the true life of faith in Christ.

Through all this murk, flashes the words – “the living One among the dead”, the power of the spiritual life among those with faith in Christ.

Without faith in Christ is a heart filled with deceit, fear and without hope in the resurrection. The greatest sin of the world is the rejection of Christ or the Word.

All unbelievers are represented by Pilate the Roman governor with his imperial power of the Roman law. Pilate could not bring himself to think that this beaten lonely and bruised man could be a king and more so the God of the Universe. He could not accept the alleged charges.

His judgement was, “I find no crime in this man”. However, he did not discharge the Jews from the court room but instead wanted consent of the Sanhedrin, the Jewish religious leaders.

For Herod, all his extensive questions of Jesus were not judicial. He rattled but Jesus was silent. The two most outstanding rulers, Pilate and Herod could not pronounce a judicial verdict according to the truth. Jesus had done nothing worthy of death. But the inconsistencies of man in worldly logic with its legal systems reveals much of the ungodliness of our world today by using law as a means of transformation of the world instead of faith in Christ.

The rule of law is the overthrow of justice because man cannot uphold the law. Pilate set up Jesus and Bannabas, a vicious criminal as candidate for the crowd’s mercy. The injustice done to Jesus was outrageous. Judgment according to law has wrecked more people than Pilate did. The criminal goes free and the innocent is put to death. Pilate, the highest judicial authority in the land was thus completely defeated and decided to crucify Jesus.

The religious leaders unbelievably with their followers were the prime movers to crucify Jesus. The world has not changed, the same Jesus, the Word has greatly been abused by many leaders both religious and non-religious men. Abusing the Word means no faith in Christ, no knowledge of God, no true life, no true intelligence. The result of this rejection is seen among the Jewish people and their two great leaders Pilate and Herod; without true intelligence, man cannot read the signs aright.

What awaits this world is what happened to the Jewish nation in A.D 70 due to their crimes against the gospel. Jerusalem was encircled by the Roman soldiers and realized its desolation. The true believers followed Jesus’ revelation and migrated to Pella in Perea. The Romans carried away Jewish captives’ as slaves and destroyed the Jewish nation as a whole. Israel now occupies small pockets of land never to be the great Palestine kingdom.

Now the world awaits for the time when the sun and moon will be distinguished and stars shall fall. People will expire from fright of things coming to earth because they have rejected the Christ who is in the Word. The true faith has been rejected by many and those with true faith will instead be filled with joyful expectation even on that day of the Lord’s return.

The book presents God’s spiritual power as a gift to the repentant souls and condemnation upon its rejection. There is no room left for any doubting Thomas regarding whether you have received or been condemned. Human physical death is the great sign for the condemned, and faith is the sign for those with fulfilled promise of resurrection side by side. The gospel is not for salvation alone but also condemns upon rejection. Here is a new light, divine power, or salvation projected to both the living and the dead souls and to those repentant and unrepentant ones.

The book also reveals and demonstrates that a human being as a creature attempts to influence the cosmos by using his worldly intellect, wisdom, customs, lies, religions, riches, science, etc. to change and transform what God created and to the neglect of God’s divine and omniscient power—this only leads man to nothing but senselessness and rebelliousness, which after the judgment day will be revealed as godlessness. This horrifying end should lead every human’s soul to search for God’s kingdom until he finds rest in Christ.

p>By the age of 25 years, the author’s faith had begun to grow to the extent that he preferred to study expository books. In 1980 while in London, he continued with his devotional studies of expositional books and among these were the Gospels by J.C Ryle, John Stott, Spurgeon’s writings etc. Richard C.S Lenski came later in his life in 1992 as an undeserved gift from God by an American missionary lady Sue Hasselbring who then was working with the Lutheran Bible Translators in Botswana. As a diligent pupil of Richard C. H. Lenski’s expositions for 26 years, the author discovered that for every chapter of the New Testament, there is a theme which uniÀes the whole chapter into one truth, and this eliminated the need for different interpretations. The author further states that Lenski was a faithful learned biblical scholar with a thorough understanding of both Hebrew and Greek languages and solved many linguistic issues which make our ordinary English bibles somewhat difÀcult to understand. The verse approach has been somewhat responsible for reducing the understanding of God’s Word and hence the reduction of the spiritual power among believers. The author’s test or measure of his understanding the scriptures has therefore been “the arrival to the spiritual theme latent in every chapter, and this has been the greatest spiritual reward and strength (faith) which he now believes forms the fertile soil of true love among the brethren” as shown below:

 Every theme in a chapter of the New Testament is a beam of light which reveals the darkness in man’s soul (sin) and thereafter reveals and offers the light (Christ) which eliminates that darkness.

 Every truth of the gospel (Christ) convicts a sinner with sin (darkness), produces repentance and a new spiritual pulse begins the minute faith is kindled. This faith grows and Àlls the heart’s chambers with Joy and hope of a new life and Ànally the love of each other is born just like that of Christ to his little children.

 And, for those who reject the light of every chapter of the New Testament, await God’s verdict of condemnation.

These are not individual opinions, observations or academic gymnastics but should be the new experience of every believer.

The author holds a bachelor’s degree in Economics and is a Chartered Global Management Accountant CGMA (UK), founder and Managing Director of Intesolmac Uganda Limited - a Business Partner for Sage Plc South Africa. Married with two sons, two daughters and a niece. Educated in the School of Richard. C. H. Lenski, using Lenski’s voluminous expository textbooks of the New Testament, who was once a professor and seminary dean at Capital University, Columbus, Ohio, USA.