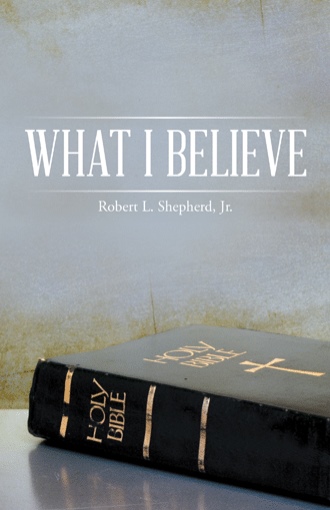 A Christian must believe in the Inerrancy of the Bible

In order to be a Christian, one must believe in the inerrancy of the Bible and extol the Bible as the infallible word of God.

Many today, such as the successful and infamous writer, Dan Brown, do not believe in the truths recorded in the Bible. Dan Brown books and movies of his writings have indoctrinated and enlightened millions in the world to his stance and beliefs that our Lord Jesus Christ was only a fallible, pathetic mere mortal; when in reality, Jesus Christ was and eternally is The Sinless SON of GOD.

Just like Dan Brown, a number of biblical scholars and preachers today do not take the Lord Jesus Christ and the Bible seriously and do not believe that the Bible is the Logos word of God. But whether one believes that the Bible is the inspired Word of God or not, does not change the fact that the contents of the Bible have been proven, by men, to be accurate, through thousands of years of scrutiny and use. Every since God gave Moses the Ten Commandments and he Torah, men have tried to live up to the precepts and laws of God’s instruction to the human race. Faithful and devout men and women have, to the best of their abilities, endeavored to walk in moral excellence, and live lives of integrity, obedience and holiness, as God, through His word, would have them.

Timothy recorded: “All scripture is given by the inspiration of God, and is profitable for doctrine, for reproof, for correction, for instruction in righteousness: That the man of God may be perfect, thoroughly furnished unto all good works.” (II Timothy 3:16, 17)

The Apostle Peter wrote: “Knowing this first, that no prophecy of the scripture is of any private interpretation. For the prophecy came not in old time by the will of man: but holy men of God spake as they were moved by the Holy Ghost.” (II Peter 1:20, 21)

Prophets, kings and holy men, during the period of The Old Testament, recorded on scrolls what God inspired and instructed them to put into print and there were always the voices of devout obedient servants to relay to God’s people His word. However, from the book of Malachi until The New Testament period, God prophetic voice was silent. Nevertheless, His chosen people had His recorded Word to encourage them and give them hope.

In the New Testament, after the Son of God had come upon the scene and willingly given His life for man’s redemption and returned to glory, God sent the Holy Spirit into the world to lead and guide His Apostolic Church unto all Truth.

The Holy Ghost, now being in the earth, would inspire chosen Men of God once again to record HIS WORD in order to lead, teach and guide His blood-bought Church unto maturity and holiness and to keep them in the world; from the Evil One.

After the Apostle John recorded the book of Revelation given to him by our Lord and Savior Jesus Christ on the Island of Patmos, the Bible became complete in its text and contents. Throughout the years, the increase of knowledge, the advancement in technology and new scientific discoveries, have confirmed to studious observers the prophecies in the Bible to be mind-boggling; and have verified the Bible’s historical and scientific accuracy to be astronomically phenomenal in its veracity. When examined closely, new archeological evidence and findings are consistently proving the Bible correct in its recorded historical facts and events; and in its depiction of people, places and things of the past.

Without fail, as new evidence come to light; confirmed claims and fulfilled prophecies of the Bible are recognized and appreciated by Believers as signs and factual proof of the Bible’s authenticity.

No other manuscript of antiquity has been proven to be as correct and accurate in its contents as the recorded information in the Bible is. Daily, as time advances and man’s knowledge increases, the documented mass of unsubstantiated data in the Bible is steadily being substantiated and proven as fact. Only the hand of an Omniscient Divine Creator could have given us such a supernatural and magnificent book whose number of preserved copies vastly outnumbers in quantity every other known single literary work of antiquity.

Whether one believes the Bible to be the word of God or not, does not change the fact that God’s word will not go out and come back void. What God has supernaturally recorded through the pen of about forty men over a period of 1500 years in 66 books and recorded and preserved on hundreds of antique scrolls; HE will surely watch over and bring to pass. Everything thing that God said HE will do in His Word, He will definitely do. Scripture, time and truth have taught us that: God nurtures, protects and “watches over His Word to perform it.”

Heaven and earth shall one-day pass away—melt with a fervent heat—but God’s Word shall remain forever. One day, there will be a new heaven and a new earth for presently, gradually and suddenly; the current heaven and earth is fading and passing away: transforming and transitioning into a new state of being.

But even though the present heaven and earth is passing away and is being revised and renewed, be assured and know that God’s Word will never change…God’s Word has been eternally established.

Throughout its history, men have tried to rid the world of the Word of God. The Bible has been burned, banned and discarded in an attempt to wipe it from off the face of the earth, yet the Bible today is the number one best seller in the world and there are, at any present moment, more bibles on the face of the earth than any other book.

The prophet Amos spoke of their one-day being a famine; and the famine would not be for bread and water but it would be for the word of God. After the apostolic church-age and the fall of the Roman Empire, there came a dark period in the world whereby the word of God was not readily available and accessible to the common man.

Throughout the middle age, the Catholic Church (headed by the Pope), held the Bible tightly in its grasp; and the Holy Text was only for the priesthood, the educated; the rich and the elite: Those who were trained and versed in Hebrew, Latin, Aramaic or Greek.

Early biblical translators, educators, writers and proponents such as William Tyndale, John Wycliffe, John Milton, John Bunyan, Martin Luther and many others, were either imprisoned, banished, persecuted, beheaded or burned at the stake for their unshakeable stance for the Bible. These men, enduring personal risks and sacrifices, endorsed and fought for the accessibility and distribution of the Word of God to the common man in the common man’s own language.

On the continent of Europe, when men and women protested and rebelled against the teachings of the Pope and the Catholic Church, many of them were martyred for their Faith; and for their position that every man should have access to the Bible and should be able to worship God as they saw fit. These protestors were called Protestants.

In the early 160’”s, biblical scholars were assigned and authorized by King James (The King of Great Britain, France and Ireland) to translate the Bible into the English language so that every citizen of the English Kingdom could have access to the biblical text. Thus, in 1611 the Authorized King James Version appeared upon the world scene and it has been in print every since, along with numerous of other Bible Interpretations and Bible Translations.

The “Apocrypha” is the name given to a collection of Jewish books, or portions of books, mostly written during the closing centuries of the BC Era and in the dawning years of the AD epoch. 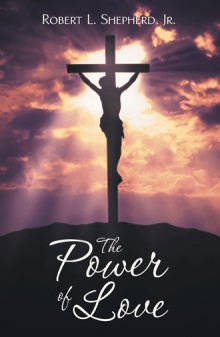 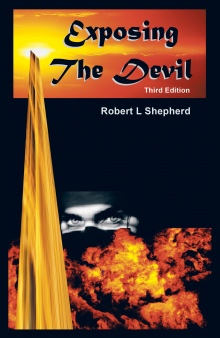 What I Believe is a book that gives us the basic belief requirements one must adhere to in order to be a Christian. If asked today, many in America will say we live in a new age of enlightenment and in a global world society….A world and age whereby many souls are seeking their own paths to the eternal and abundant life and there’s no longer a need for the Judeo Christian Bible as the moral road map to chart the way to heaven and glory. “There are many ways to God”, The New Agers of today proudly preach and proclaim. But the Bible teaches that: “There is a way which seemeth right unto a man, but the end thereof are the ways of death.” (Proverbs 14:12) I believe that God has given me this book to remind Christians of what they believe and to keep them focus on the cross of Christ for without the shedding of blood, there can be no remission of sin.

Robert L. Shepherd, Jr is a talented and gifted Christian author who acknowledges God as the inspiration to all of his writings. Therefore, his books brings an unusual and different flare for sharing wisdom and provoking spiritual insight into the word of God.
P.S. If you have any questions or inquiries concerning this book, feel free to email me: rlshepherdjr@yahoo.com. I’ll be happy to hear from you and I’ll gladly respond to your questions and inquires.