Moving from Misery to Victory 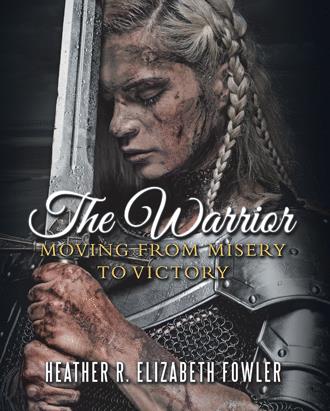 When you started this study you may have thought you were going to join a nice Bible study, have coffee with friends and enjoy Christian fellowship. What I hope you have learned is that you have been in a battle of epic proportions for quite some time. During this study you are learning what your personal battle looks like, who your enemy is, how to put fear aside and trust our God and our shield. The second half of this study is going to teach you mental toughness in battle, how to fight, and how to celebrate the victory that has already been won.

This week we are going to be in spiritual boot camp. When you enlist in the military, you first have to make the decision to join, but then there are a host of things to be done both physically and mentally. My friends, don’t ever forget you are a warrior. Up until this moment you may not have realized it. You may have gone to church on Sundays, and even studied your Bible with some degree of regularity; but ladies, our presence is requested on the battlefield. We can choose to get back on the bus and pretend that nothing is happening or we can look this challenge in the eye and realize that our loving and powerful Savior is right beside us, preparing us and guiding us through battle. So get off the bus, check into book camp and join us.

The story below is a true account of what to expect in boot camp. It is written by a young man Marine Sergeant and Iraq War Vet, Jon Davis. You may find striking similarities to how the Lord has been training you.

“You need to imagine what is expected of someone who goes to boot camp in order to understand why its training tactics are so important. In modern warfare, you have people too young to think about fighting the wars that we go through year after year. This has been the practice for centuries. The need for warriors and the nature for who has to fight hasn't evolved much and likely won't change in any near future. Drones, stealth, atomic warfare, and high-tech weaponry won't change this. There will always be the need for young men and women who are willing and able to run to the sound of imminent danger and many, to their death. Nations need this. You need this. It is a horrible thing, but the sanctity and security of every nation on Earth requires young men and women capable of doing this.

To do this, however, we need a form of psychological training that is able to forge individuals who can do this. That is why boot camp has evolved to become such a potent tool in today's military machine.

The most important single thing to know about boot camp is that it is 100 percent designed to reprogram children and civilians into warriors. It places within them a sense that they are expected to do important things, far more important things than could be expected from other 18-year-olds. This is all happening during one of the most intensely stressful periods of your life. The psychological transformation of boot camp is a very intense and intentional effort by the Marine Corps to make warriors able to fight out of kids who have just barely left high school. From the point that you graduate boot camp, you will be a different person ready to take on that which is expected of you.” 1

The point of military boot camp is to bring an individual to the end of themselves and teach them that glory comes from obedience to the greater cause. Ladies, if this doesn’t help us understand where we are and where we want to be, I don’t know what will. Just like with military boot camp, we are transforming from naive, innocent 18 year olds to powerful women who will run toward the sound of imminent danger because we know we can trust The One who gives us strength. Throughout this study, we have been learning how to allow God to take our David Moment from misery and fear to victory in Christ and glory for God. This week, we are in spiritual boot camp. As we learn to listen to Him, trust Him and follow His words we will not only win the battle, we will learn how God will win the war.

Lesson 2: The Lord Will Establish Your Steps

God never promised us a carefree life after we became Christians. In fact, for many of us, life’s greatest struggles occur after we accept Christ. The difference is that we have a God who loves us, and a Savior who has delivered us, from bondage that can be created by the worst this life cam throw at us. In The Warrior, Heather Fowler walks us through how a life-changing event in her life led to finding her inner warrior, a warrior for Christ in the army of the living God. The Warrior can help you lean on Jesus to help use a difficult moment in your life to propel you to become the warrior God created you to be.

Heather Fowler is a wife, mother, teacher, author and speaker from Albuquerque, New Mexico. A graduate of the University of New Mexico, Heather and her husband, Alan Fowler, are the Founders of Gracious Marriage Resources and Gracious Ministries. Previously, Heather has led marriage ministries for small and large churches, and her heart for marriages and women have led her to travel throughout the USA and internationally, speaking to Christian couples and women, as well as writing several books, Bible studies and marriage curriculum. Heather considers her greatest accomplishment to be the raising of her wonderful daughter and son, McKenzie and Collin.