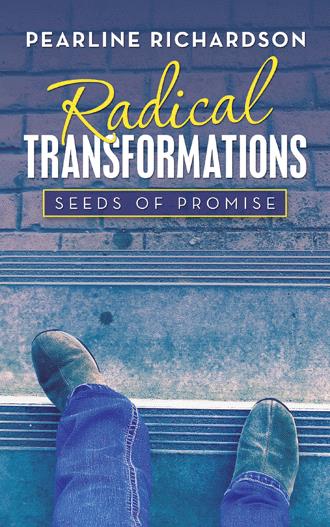 Up until the last several weeks, Jose was as student in our building, his smile was there. It saddened me to see it slowly disappear. It's a very different situation once youth become adults. The, much looked forward to, 18th birthday brings significant change with it. Some good. Some not so good. In Jose’s case, like many others, it meant that juvenile detention was no longer an option. As an adult any new arrest would put him in jail.

Jose’ was stuck. His violations list was not short and with his background of fighting and notoriety, he was a target. The pressure was on him from within our building and on the streets to perform. There were those pushing his buttons. There was also another young man with a rival gang join the ranks within our building. From day one he circled and taunted Jose. Jose repeatedly attempted to steer clear. Over and over again he walked away from the young man. The boys had a few minor verbal altercations but with each one they became increasingly more volatile.

Jose’ was warned by all that any more fights and he would be arrested. Unlike the new student Jose’ was 18. The new student was only 16. A physical altercation would earn Jose’ a long walk out of our building in cuffs.

The day finally came when the inevitable happened. The two boys got loud and somebody lunged. Security broke it up before it became a full contact fight but not soon enough. The boys ended up in different offices. Administration was angry. The halls had been tense for days with rising tensions between the rivals. While those with any authority were hashing their way through decisions, regarding suspending these two boys from school, I was sent to join Jose’.

My heart was heavy as I walked down the long hall to where Jose’ was waiting for the outcome of his criminal charges. As I walked, I prayed. Not many words. I worked at giving my heavy heart to God. I visualized cupping my hands and reaching out with them as if to hand off what my hands cradled: the burden of sadness, disappointment, frustration and helplessness. The closer I got to the staff room where Jose’ was being held, the more I felt, “Be with him” Nothing more than that. I felt just the sense of quietness and to, “Be with him”.

As I unlocked the door and walked in the room, you could feel anger and frustration being contained. The man in the room stood next to Jose, berating and condemning him. Jose’, radiating tension while his hands were resting, clasped on the table top. He stared; not talking; rigid.

Frustrated, by Jose’s refusal to speak, the man left. I stood for a second taking in the moment and went to sit across the table from Jose. He glanced at me and I could tell he was expecting more berating. I slowly sat down, took a deep breath and let it out. Quieting my own spirit I continued to sit, relaxed. I waited. Content to be sitting with him and willing my calmness to be tangible.

After a couple of minutes Jose’ glanced up at me; defensively and questioningly. I smiled gently, “I am just gonna sit with you. You don't have to wait alone. We'll do it together.”

There is “A time to be silent and a time to speak” Ecclesiastes 3:7b

And so…we sat. With each breath his breathing became deeper and his shoulders began to slowly drop.

His hands relaxed their rigid hold and eventually let go of each other. He began to feel again. Something more than frustration…maybe sadness. His eyes took on regret. We sat at that table for some time. Neither of us said anything. There was no need to.

When we get out of the way we allow our Father in heaven to work through us. We become the vessel by which HE speaks to the hearts who need. Jose’ did not need words from me. He already knew what he was in for. There was nothing I could do to stop what was ahead for him or even change it. My hope was that by providing him a quiet space that God could speak to his heart all the things I never could. Jose’ just needed to have a moment of emotional safety. A moment of quiet in the midst of his personal storm.

The time came where I could tell by the radio traffic in my ear piece they would be coming for Jose’. That was when I finally spoke again, softly. “Jose’…” He looked at me with kindness.

“No matter what happens today you will be ok. This is not the end and you will be ok.” He nodded at me. “They'll be here soon.” He kept slowly nodding and looked down at the table. He did not get tense again but he sat up straighter, his proud shoulders returned. He was ready.

When they came for him he stood up with confidence and walked to the door and just before he walked out he turned to me and simply said, “Thank you, miss.”

“But those who hope in the Lord will renew their strength.” Isaiah 40:31

Radical Transformations a firsthand account of the outrageous, life changing power of God to work in the lives of todays’ youth. This book gives testimony to the touching stories of youth struggling in the depths of addiction and poverty and how God paused them in the midst chaos. Radical Transformations is an eye opener for what our youth are dealing with in their everyday circumstances and how the Lord continues to reach out to those in need. God works in grace and mercy and the events told in these pages restores hope to the reader that the Lord truly has the power to radically transform.

Pearline Richardson has been passionately mentoring youth for over 27 years. Pearline’s time in the Pacific Northwest and in the southern California area paved the way to work with youth struggling with addictions and challenging behaviors. Pearline mentored in church youth groups 15 years, was the Director of Children’s’ Ministries in a southern California church, volunteer tutored in the Los Angeles county school district and has worked as a specialist with At Risk students for over 10 years in one of our nations’ premier high schools. She has a passion for seeing freedom from addiction and discovering true identity in Christ. Pearline being a wife and mother and embracing all the joy life has to offer.