a different kind of abstinence book 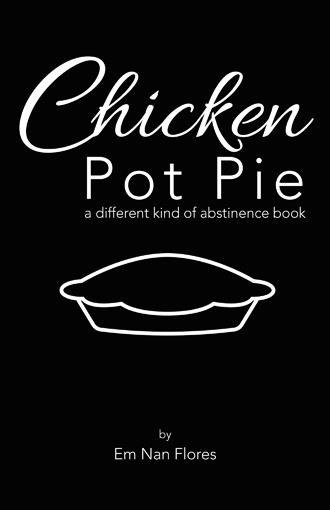 The Talk" is a cringeworthy conversation. One in which parents approach differently. Some keep it short by firmly saying "No sex before marriage!" Period. Others opt for a much more relaxed and informative method by using the "Birds and the Bees" explanation. Then there's the avoidance strategy. Which is to ignore the subject all together.

Initially, I chose the latter. At the time I didn't see the need to talk with my teenage daughter about something that had already been discussed in health class. That was my excuse up until she asked a question that took "The Talk" to a whole another level. "How do you feel about premarital sex?"

The moment those words touched my ears, felt as if the earth had stopped. My mind, body, and soul came to a screeching halt followed by a semblance of whiplash; a sudden and unexpected emotional blow. In other words, it struck a nerve!

If I knew then, what I know now, I would've done things differently and waited. Never in a million years could I have imagined that my "fun, thrilling, and spontaneous" premarital mishaps would have created such an adverse domino effect.

Picture it. A row of domino's lined up in perfect formation, each standing upright until something or someone knocks the first one over and creates a chain reaction that brings the rest down.

That's exactly what happened to me. My "something" was ignorance. Ignorance knocked the first one over. That led to teen pregnancy, then poverty, toxic relationships, and so on. Before I knew it, I was down. I found myself entangled in various complicated circumstances that robbed me of my youth, reputation, peace of mind, and self-worth; the effect of overstepping this moral boundary.

So, how do I feel about it?

It's a trap!!! A trap that entangles people legally, morally, and emotionally. The paternity test industry, child support offices, welfare programs, abortion and sexual health clinics across this nation proves this notion. Its grip has also crushed hopeful dreams, created broken homes, and has wounded countless hearts and souls.

Look, I might have been knocked down for a good part of my life, but I didn’t stay down. By the good grace of God, I’m standing. With that said, I had two choices. I could either stand back and let her aimlessly figure this out on her own or I could share the lessons I learned along the way to help her make an informed decision.

I chose the latter.

If someone asked you how you felt about premarital sex, what would you say? Whether you waited or not, we each have a perspective about it. For those of us who crossed that moral boundary prematurely and encountered unpleasant consequences, that question may be a touchy subject.

For the author, never in a million years could she have imagined that those fun, thrilling, spontaneous encounters would destroy her youth, taint her reputation, compromise her self-worth, and make life so complicated. After overcoming those obstacles, she buried that hurtful, shame-filled past and kept her feelings about it tucked away.

However, twenty years later, she was asked that same question by someone she would have never anticipated, her fifteen-year-old daughter. And she wanted nothing more than for her to wait!

“Chicken Pot Pie” is a compelling, thought-provoking quick read about a mother who digs into those old emotional wounds and comes up with a unique approach to encourage abstinence by courageously exposing her past. In doing so, she unleashes three riveting stories, each with a lesson that has the power to change obstructive generational patterns, including teen pregnancy.

So, what would you say?

And why in the world is this book called “Chicken Pot Pie?”

Let’s find out, shall we?

This groundbreaking book tells us the author is innovative, self-driven, and courageous.

Against overwhelming odds, this South Texas native has used her Early Childhood Development Studies, professional, and life experiences to train and speak to thousands of Early Childhood Professionals within her state throughout the past decade. She believes positive interactions with children make a difference in the classroom and a greater impact in our homes.

The likelihood though of a poor, young mother, with a speech impediment, weighed down by low self-esteem, and no clear vision for the future - the odds of overcoming her past, conquering her shortcomings, and using it to help people, would have been unthinkable.

The author’s debut book, “Chicken Pot Pie,” can be summed up by a quote made famous by Mother Teresa, which expresses, “If you want to bring happiness to the whole world go home and love your family.”