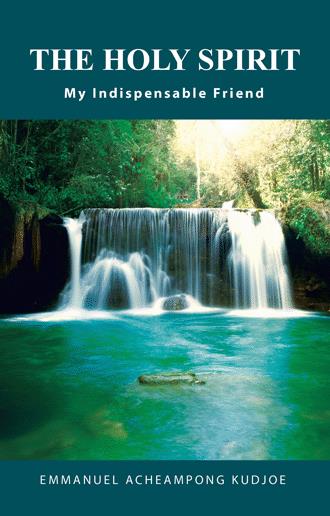 My Initial Encounter with the Holy Spirit

Like cold water to a weary soul, so is good news from a distant land (Prov. 25:25). We heard about it and welcomed it from afar. The long awaited day had finally come. It was almost as if the hand of time had just pulled it out of the laps of eternity, creating a palpable ecstasy in the otherwise quiet town.

The Anglican bishop in charge of the southern region was visiting the small diocese in my town. The anticipation and euphoria in the air were so thick that one could cut through them with a knife. It was only morning, but the sun was already out of its habitation and was ready to run its course. The day seemed sacred and felt like a whiff of holiness had escaped from heaven’s chimney into our town.

Drivers were honking their horns, pedestrians were crossing the streets from all angles, and children were weaving through the crowd to catch a glimpse of what was yet to unfold. The scene was like a replay of the triumphant entry into Jerusalem save the greenery and the asphalt road that were the pride and joy of my town. The joy of anticipation kept brewing in my restless heart. My imagination was invaded with a plethora of images about a bishop I had never seen before. In my mind’s eye, I envisioned a tall, handsome man in a purple cassock and long miter that pointed to the sky. I thought peradventure he would also bear some resemblance to my beloved uncle, who had gone to be with the Lord a couple of months earlier.

When the bishop finally arrived, he looked nothing like the trickery my imagination had created. His captivating demeanor, however, compensated for his petite frame. On setting my eyes on him, I almost jumped out of my dark skin for joy. I stretched out my head so I could snatch my portion of blessing from him. With shouts of joy and cheers rising to a crescendo from the townsfolk, the bishop and his entourage were ushered into the sanctuary. As they entered, the bishop solemnly laid his hands on all the children within his reach and blessed them. Guess what. I was one of them!

Then came the moment we had been waiting for: the sermon. The bishop first spoke in English and then translated his message to the native Fante dialect. For some strange reason I couldn’t explain, his words made a memorable impression on me. Using John 16:7, the bishop preached on the expediency of the Holy Spirit.

Nevertheless, I tell you the truth; it is expedient for you that I go away: for if I go not away, the Comforter will not come unto you; but if I depart, I will send Him unto you. (John 16:7 KJV, emphasis mine)

It was the first time I had heard of the Holy Spirit. At age nine, I could not understand much of the bishop’s sermon, but somehow, I got the sense that the Holy Spirit is a must-have in the life of every Christian. That theme stuck with me. Though more than four decades have passed since I heard the bishop’s sermon, I can still remember the solemn atmosphere that filled the little church building as he spoke. “I tell you the truth; it is expedient for you that I go away: for if I go not away, the Comforter will not come unto you” (John 16:7 KJV). From time to time, the verse would ring in my mind, and I would hear the Anglican bishop’s deep, calm voice bellow.

Raised in a strict Presbyterian home, I was a well-mannered boy. My calm temperament, excellent academic performance, and adherence to school rules made me every teacher’s darling boy. At age ten, I was presented a special award for being the best-behaved student of my school. For my prize, I was given a small book of prayers. I memorized most of its prayers and recited them during our family’s morning devotions and sometimes at school. While people were impressed with my prayers, I felt a sense of emptiness. Deep within me, I desired to know God, but for some strange reason, He seemed far away from me.

About a year after the bishop’s visit, one of my classmates, Patrick, came to school with a leap in his step and a glow in his eyes. When we inquired what was going on, he exclaimed, “I’m born again! I’m born again! Praise God! I’m born again!” Knowing him as a trickster, we received his statements with a grain of salt. However, after observing him for several weeks, we noticed that he no longer used bad words or laughed when other boys said coarse jokes, and he no longer stole other students’ pencils and erasers. We all concluded that Patrick’s spiritual experience was real. He became more focused on his studies than before, and his efforts were rewarded with significant improvement in his academic performance.

During breaks, Patrick would take his Gideon’s New Testament and read. Whenever, he volunteered to pray at our school assembly, his prayers sounded different from the prayers I had memorized from my prayer book. He prayed as if he actually knew God. There was no denying that Patrick had experienced a drastic transformation in his life. He also seemed to have developed a new set of vocabulary and spoke with new confidence. I was amazed at Patrick’s newfound boldness, his accelerated spiritual growth, and his maturity.

In conversation one day, Patrick told me the source of his new life was the Holy Spirit. He said he had been baptized in the Holy Spirit and prayed in an unknown language. I couldn’t make head or tail of what he said except that it seemed very strange to me. Though I did not know what to make of these things, I was certain about one thing: Patrick had had a real life-transforming experience, and he attributed it to the Holy Spirit.

“This book will remind you of Benny Hinn’s bestseller ‘Good Morning Holy Spirit’ … this book is for today and will bring a fresh hunger and thirst to know the Holy Spirit in a personal and intimate way!”

In The Holy Spirit: My Indispensible Friend, author and respected Bible teacher Emmanuel Acheampong Kudjoe hands you the keys to experiencing the daily riches of our personal relationship with the Holy Spirit. Some of the key questions this life-changing book answers are:

Who is the Holy Spirit?

How can I know Him?

Why do I need Him?

How can I be led by Him?

How can I develop a relationship with Him?

The heart of this book is the necessity of the Holy Spirit and the indispensable friendship He offers. You will be inspired by stories of the author’s personal journey with the Holy Spirit. His unique ability to bring color to biblical scenes makes The Holy Spirit: My Indispensable Friend impossible to put down.

Emmanuel Acheampong Kudjoe is the pastor-in-charge of Upper Room Family International Church, Leominster, Massachusetts. He is especially gifted in empowering young Christians to discover and fulfill their God-ordained purposes. Pastor Kudjoe has a strong passion for soul-winning, discipleship, and equipping disciples for ministry. He is a product of the University of Cape Coast, Ghana; Christ for the Nations Africa, Ghana; and International Theological Seminary, Ghana. Pastor Kudjoe is currently a student of Life Christian University, Lutz, Florida, and he is married and has two teenage daughters.