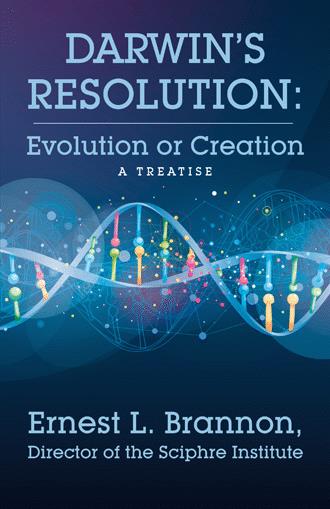 Background of the Controversy
Before Darwin proposed the origin of species, which later became known as the theory of evolution, the origin of life-forms on Earth was generally accepted as having been created more or less in their present appearance and structure. God, the supernatural force, as the Creator in Genesis of the Bible, was espoused by great thinkers like Isaac Newton3 (1686), in his magnum opus Principia, William Paley4 (1802), in his treatise on Natural Theology, and Louis Agassiz5 (1857) in his Essay on Classification, where their deliberations were on the manner of God’s Creation, and not whether the biblical account of Creation should be questioned. The suitability of life-forms for their particular environment was attributed to a plan by the Creator as the worldview at that time and fell within the arena of divine providence. Richard Owen6 (1804), a renowned anatomist and paleontologist, believed all vertebrates were structural variations of the same divine blueprint.

There is little doubt, however, that other scientists of that day did not adhere to any belief in God, but only in an unresolved dynamism behind the appearance of life. The issue was really about the existence of life’s diversity in the many forms observed in the world, as well as the forms contributing to the fossil record no longer in living evidence. These scientists sought other explanations about life that did not include any divine oversight or providence. Not least among these was Jean-Baptiste Lamarck,7 best known for his theory on evolution and inheritance of acquired characteristics that appeared in Philosophie Zoologique as the key to the diversity of species. Others who entered the controversy of that period included Alfred Russel Wallace, Robert Chambers, Geoffroy Saint-Hilaire, and Georges Cuvier, all with different versions of the evolution of life.

Given the premise among many in the scientific community that life had arisen by some form of non-biblical spontaneous generation, the scientific forums on the geological record, paleontology, and biological classification provided an intellectual climate in the mid-1800s that was preconditioned to accept alternatives to Creation. Naturalism, especially with regard to the diversification of life-forms, was the alternative pursued by many in the scientific community, but the defining mechanism was missing.

Charles Darwin8 entered the altercation at the most opportune time and provided such an appliance in his proposition entitled On the Origin of Species by Means of Natural Selection, or the maintenance of favored races in the struggle for existence. When Darwin published his ideas on the origin of species as descendants of simpler forms through the process of natural selection, disconnected from any divine element, anti-theists enthusiastically greeted his thoughts as a revolutionary ideology. They embraced the idea that the diversity of life was the result of Darwin’s mechanism of natural selection, a process where accumulation of favorable traits for survival resulted in transformations of the organism, and eventually, with sufficient time, divergence into many different life-forms. Natural selection was thought to have eliminated the need of divine engineering, and among many of the intellectuals of the nineteenth century, that was a welcome alternative to natural theology.

That perspective solidified among scientists over the next century, demonstrated at the centennial celebration of the publication of The Origin of Species. One of the most enthusiastic participants in the celebration was Julian Huxley,9 a prominent advocate of the evolutionary theory during the twentieth century.

He announced, “In the evolutionary pattern of thought there is no longer either need or room for the supernatural. The Earth was not created, it evolved, as did all the animals and plants that inhabit it, including our human selves, mind and soul as well as brain and body.”

Those philosopher-scientists had established a beachhead of popular consent in the scientific community, and during the following years, their partisans elevated the concept as a fact of science. Ernst Mayr10 stated, “Evolution is thus a fact, not a conjecture or assumption.” Stephen Jay Gould11 similarly felt so strongly about the theory that he considered it to be “one of the firmest facts ever validated by science.”

Scientists began to take a pragmatic view about that which could be observed in life and how understanding could only be engaged through the complex and interactive processes revealed by the scientific method. Science was defined as the inquiry about the factual state of the natural world through understanding of matter and the validated laws that facilitated diversity in physical form. Religion was relegated to the search for spiritual meaning and ethical values. By little more than proclamation, Creation and any reference to divine intervention were viewed as religion and excluded from life’s scientific equation. Naturalism took preeminence as the foundation of science, and the theory of evolution was its exemplar. Evolution, by natural selection of random genetic events, without purpose and undirected, became the dominant worldview of the scientific community.

However, scientific advancements have challenged two of the basic tenets of naturalism: chance and randomness. Cellular research has revealed that the smallest unit of life is a system with complexity and details of synchrony in structure and function that many consider to defy the theory of material cause by chance processes. How can systems that are programmed in such intricate detail, involving the genetic code that translates information in the genome (genetic makeup) into physical assemblies as mechanisms to sustain cellular life, be reduced to chance events that are random, without purpose, and undirected? What was the source of information coded in the DNA of the cell, which is the instruction book on most aspects of bodily growth and function? Creation theory purports there is more to life than evolution. Creationists in the scientific community don’t know the details of how Creation was performed, but they recognize the fingerprints of a superior intellect in those things that were made.

We cannot resolve the matter of the supernatural, but we can look at the scientific evidence alleged to support either evolution or Creation to judge the validity of the theories. If the evidence is convincing in both cases, then it would appear that some reconciliation must be made to resolve the disparity.

Ideological Sources
To describe the two worldviews and the scientific evidence used in their support, I refer to the scientific rationale given by scientists considered experts in their fields of study who have presented their points of view with evidence on the respective subjects in the written record. Primary reference material listed below includes ten books by scientists considered authoritative on the subjects of evolution and Creation, and two textbooks by professors in biological science.

The first of the reference materials in the evolutionary arena is the book by Charles Darwin12 that started the controversy on the origin of life’s diversity: On the Origin of Species by Means of Natural Selection, or the maintenance of favored races in the struggle for existence. His contribution to the biological sciences has been profound and is the foundation on which subsequent expansion of the evolutionary theory is based. Although not the originator of evolutionary thinking, the concept of natural selection as the mechanism is attributed to him.

There are two worldviews about the source of life’s diversity. Creation implies a Creator as the intelligent cause, and evolution purports a material cause. So how can we resolve this complex issue?

In a thought-provoking discourse on the reconciliation of the controversy between evolution and Creation, Dr. Ernest Brannon, retired biology professor and director of the Sciphre Institute, presents both sides of the issue to provide a fair assessment for those challenged by life’s origin and diversity. Within his treatise, Dr. Brannon summarizes information on the two worldviews about the diversity of life in order to demonstrate where there is common ground and to differentiate between the evidence and speculation between certainty and assumption. He also addresses reformation of the two worldviews, examines the scientific credibility of the Genesis account of Creation, and concludes with the essence of resolution.

Darwin’s Resolution: Evolution or Creation is an engaging treatise committed to reconciling the concept of evolution with faith in God through a comprehensive examination of scientific evidence.

Ernest L. Brannon is a retired professor emeritus who taught salmonid biology, genetics, and aquaculture. He is presently the director of the Sciphre Institute that promotes a balanced forum in science, philosophy, and religion on the university campus. He graduated with a PhD in fisheries from the University of Washington, and later returned as a faculty member. Today Dr. Brannon resides in Moscow, Idaho. This is his second book.