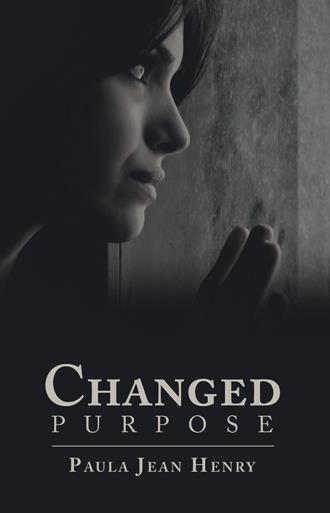 General Stuart, at length, glared straight at Sarah but spoke to Rebecca. His eyes never left Sarah’s face. “Rebecca, this woman may very well be a spy for the Union and has been sent here to undermine us.”

Sarah’s reaction was swift in denial, and just as swiftly, she was silenced with a mere raise of General Stuart’s palm to stop her. After some moments, Sarah requested permission to speak. General Stuart granted her request with a curt nod.

“Sir, I am not a spy. I speak the truth. There is something that may help you to believe me. On the 30th of April, in Chancellorsville, General Stoneman and his men will lead a raid on the Confederate Army of Northern Virginia. They will destroy portions of the Virginia Central Railroad and will cut General Lee’s communication lines. Here is my proposal, Sir. Do what you will with me until you see me proven right, but please, I implore you, telegraph General Lee today. Tell him to expect destroyed communication lines on the 30th of April. When this happens, he is to get immediate word to General Jackson to report to him with his troops on the 1st of May. Forbid General Jackson to go into the section called The Wilderness, for this is where the Confederate soldiers will shoot him. If you do this, then you will know that I speak the truth and this will save General Jackson’s life. If you do not do this, General Jackson will be shot mistakenly by his men late in the day of the 2nd of May in The Wilderness, and on the 10th of May, he will die.” With determination and courage, Sarah returned his stare steadily and waited for his reply. Her back muscles ached from the stress.

Rebecca had been sitting stiffly on the edge of her chair, praying all the while silently for her brother to believe what he was hearing.

Suddenly, General Stuart stood up behind his desk and shouted in a commanding voice, “Lt. Smith! Enter!” Instantly, the door swung open and a saluting officer was waiting to do his commander’s will. “Take this woman,” indicating Sarah, “to the holding cell.” The obedient officer approached and seized Sarah’s right arm, firmly, but gently. She rose with dignity, fully cooperating.

Rebecca said in earnest, “Samuel, No! Please believe her! I do!”

Sarah knew her fate and tried one more time. She stared intently at General Stuart and implored, “I beg you to heed my warning, Sir. Destroyed communication lines will offer no chance to send word to save General Jackson!”

The lieutenant was assertively pulling her through the doorway. Sarah had just a few remaining seconds in the room. She said finally, as she looked back over her shoulder, “General Jackson’s life is now in your hands, Sir! I have done what God sent me to do. I have carried the message to you. It is up to you now!” Then the door closed.

General Stuart kept his gaze on the door for a moment. He then beheld his sister and asked in an incredulous voice as he raked his hand through his hair, “Have you gone mad to believe this woman, Rebecca? She is a Union spy, and that is the only truth here.”

Rebecca stood erect with conviction, lifted her chin, and with the fire in her eyes that her brother knew so well, she said, “No, Samuel! I have not gone mad. How dare you speak so to me! I believe Sarah, and I will tell you why. I do not doubt that she speaks the truth. Our God, Creator of the universe, granted me the faith to believe, and I do believe." Her chin lifted again in affirmation. "Think for a minute, Samuel. God created all things, and by Him nothing is impossible. He created time, and He controls everything! Would it then stand to reason that He would and could use time for His purposes?” Rebecca raised her eyebrows then started pacing the room in front of Samuel’s desk. He sat in his chair, leaned back, and watched and listened. Rebecca bent over the desk with both hands on it and continued, “With our own small, limited minds, even we can see that the people who lived before and will live in the future share a common bond. We all live on this earth, separated only by time. God created time, and He can certainly make it obey Him. He sent Sarah here to us for you to be His instrument to save General Jackson!” Rebecca picked up Sarah’s knapsack, then her gloves, and headed to the door. She hooked Sarah’s knapsack on her shoulder, as she had seen Sarah do. Samuel remained silent. After slowly putting her gloves on, she placed her hand on the door handle. Hesitating, Rebecca turned to face her brother and said in a quiet voice, “Samuel, there’s something else Sarah told me that she did not tell you.” With a deep breath, and eyes locked with her brother’s, Rebecca said in a choked voice as a tear ran down her cheek, “Sarah said that The South lost this War of Northern Aggression, Samuel. Unless you heed her warning, this will be our future.”

Their gaze was unfaltering as the enormity of those few words struck their hearts. Then, Rebecca exited quietly in pursuit of Sarah, leaving Samuel to his thoughts.

Sitting at his desk once again, Samuel picked up a pencil and tapped it rhythmically as he pondered all he had just heard. He stood, walked to the window, and stared at nothing for a long while. He could not imagine time travel to be real. It defied all logic and common sense. Could he take the chance of ignoring that it might be true? So much was at stake!

Twenty-eight-year-old Sarah Louise Gordon is a Civil War history expert who loves the Lord and believes in respecting God-given freedoms. Although she lives in modern-day Philadelphia, Sarah wishes she could travel back in time and change history to save General Stonewall Jackson’s life. Sarah has no idea she is about to discover that wishes do come true, sometimes in the most unlikely of places.

After she quits her job on a whim and moves to Stone Mountain, Georgia, to be closer to her brother and his family, she decides to tour the Antebellum Plantation. But when she unexpectedly finds herself separated from her family, Sarah soon realizes that she has somehow traveled back in time to 1863. She is left to contemplate whether she really has the persuasive power to save Stonewall Jackson and avoid being arrested and hung for treason in the process. As Sarah embarks on a passionate and courageous mission to transform the outcome of the Civil War, she must place her trust in God and embrace that this is her new purpose.

In this intriguing tale, a young Christian historian journeys back in time in an attempt to influence the outcome of the Civil War and alter history forever.

Paula Jean Henry holds the conviction of liberty like Patrick Henry. She homeschooled her four children and dedicated them to God. Later, she filled her empty nest by playing violin in two orchestras, teaching violin, and writing her first novel, Changed Purpose. A dedicated Christian, Paula Jean and her beloved husband, Kenley, reside in the Appalachian Mountains where she is inspired daily by God’s magnificent creation.