The Song of Beauty 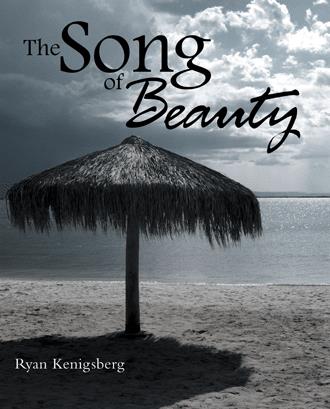 Kino awakened in darkness. Night shadowed the land so that even the stars hid. Kino listened, but the night did not answer. All was silent except for the music building in Kino’s ears.

The night brought many things with it. Night meant dirty chickens nestled in the hay, pigs sleeping in the muck. Night meant silent birds huddled in the cold, sharks prowling through the pearl beds. Night meant fear, fear stronger than the brush house with its charred twigs and flimsy structure.

/p>Kino closed his eyes. He shook off his weariness and the hauntings of a sleepless night. He touched the bed, as if to remember. He felt for the hanging box where his Coyotito had slept, but turned quickly away. Gone, gone, forever, gone. He turned to his wife so as to forget the word. She was still. He felt her cold hand, perceived her hardened face, touched her disarrayed hair. And he heard the music growing.

Kino’s people had once been great makers of songs, songs to tell of the brush houses, the new babies, the great pearls. Some had meanings deeper than life. Eventually his people had stopped making songs, and only remembered them. The songs had meaning and power. Most were good, but others were bad. This morning Kino heard songs that he had never heard before. They were not new, but very old, and very bad. He had never heard them, for they were deeper and older than his time and his people had found ways to forget them.

Kino felt his soul, and it was pounding mightily. The music brought memories so that it cast before him his journey to the sea. He remembered how the scorpion had stung his son. He saw how he had in dreams of saving his family found a great pearl, and how this had promised life for his son and security forever. Then he saw how it had become corrupted. He saw the evil trackers chasing him, trying to steal from him. He saw his son filling with the poison of the scorpion. And he saw how it had all failed and had left him nothing. His son had died. He had killed a man. He had flung the pearl out, away. He had put his hope in the pearl, and now his soul was gone. He had thrown it away. Now he was a dark shadow of a man who blended with the night. He had left the sea with his face turned aside, its lines formed into a scowl against the mocking of the town. He had wanted to hide, but his house was a pile of ash, and so he had gone to his brother Juan Tomás for help and together they had formed a crooked frame. In it he had hid, but all the night the Song of Evil had grown in his mind. It was very bad. There was a great rule once taught by the elders of the town, that when one song leaves, another takes its place. So it was that day. The Song of the Pearl had faded and diminished and ceased altogether, a great dream that made a great void. And when Kino heard music again it was the Song of Shame. And when the Song of the Family was gone, in its place was the Song of the Dead Son. And so the Song of Evil was very strong.

Kino and his wife Juana are two characters faced with everyone’s dilemmas, except on a grand scale. They enter the stage of this book on the collapse of their dreams, most cuttingly felt in the death of their son. The jealousy and hope of their prior journey took them to both the heights and depths of human experience. Now at the worst point, their lives continue. Here even rebuilding has cut them down, for it was that very act, that hope to raise themselves up, that has failed. Terrors and pain have not left, and the journey before them is no easier than before. This tale continues their story, the story of their town, and the story of everyone who identifies with it. Kino and Juana walk the steps for us that we all must take. The danger, hope, and fear, are there for us all.

Ryan Kenigsberg grew up dreaming. Making those dreams reality, however, requires another touch. It is something he still wants to see.