Dealing with Parental Alienation and Healing Through the Pain 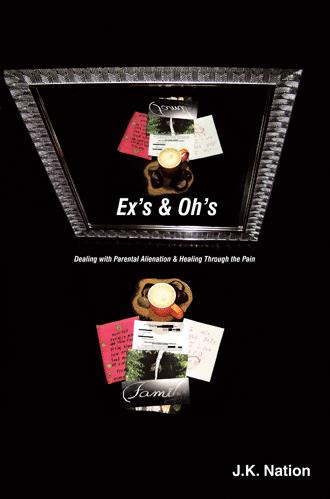 “Is This My Reality?”

Divorce is a hideous thing, but being separated from your children or grandchildren following a marital breakup produces pain that is unimaginable. The hurtful messages left on my cell phone, the distressing texts, and the demeaning things said in the courtroom really threw me for a loop.

I always thought that being a father of four children was a blessing, but after my divorce, I never thought I would experience a fraction of unbearable pain that I did. There were times when I wondered, What did I miss being married to this other person, only to have her to turn on me in such a mean way?

If you’ve gone through something like this, then you know what I’m talking about. The aftermath of divorce can churn out the greatest emotional pain that anyone could possibly experience, especially when children are involved. It’s one thing for a spouse or a judge to keep you from your children, but it’s a completely different thing when your children believe the lies fed to them—outright falsehoods told by your ex that prompt these innocent creatures to treat you with disrespect and reject you as a parent.

I have plenty of personal examples to draw upon. For instance, one of my children was born on my birthday, so it was always a joy to share such a special day with him. After my divorce, though, this happy occasion was used again me like a vise. My ex poisoned the well so much in the days leading up to our shared birthday that when the children arrived at the restaurant, they were unhappy because of all the stress they were feeling from the lies my ex told about me. My oldest son and youngest son were happy to see me, but my other two children were so reserved in their emotions that I could tell that something had been said about me their mother—and it wasn’t warm and loving.
From the moment I met the children at an Italian restaurant to celebrate our birthdays, I detected their distress, but I did my best to keep everything on an even keel because I had not seen my children in two months. (That’s another story.) But here’s the clincher: during our dinner, my ex took the liberty to blow up my phone as well as my oldest son’s phone with a lot of unnecessary texts in an attempt to ruin the evening for us, like demanding to pick them up sooner than we had agreed upon as part of our visitation agreement. Then she showed up at the restaurant early, which created a scene that you can only imagine.

This would not be the last time she pulled stunts like this; I can cite many other examples. She threatened the children on occasion, promising them certain things and special gifts in exchange for not showing me respect and honor as their father. I can’t tell you the number of times the police were called on me during our visits because of baseless accusations that I was mistreating the children.

One time, my boys came over the house. We decided to make a late breakfast. Within ten minutes, just as we were pouring pancake batter on the griddle, we heard a loud pounding at my front door. My oldest son said, “Here we go again! Mom called the cops on Dad. What did he do this time?”

Episodes like that reminded me that my life was ruled by chaos. It was during these turbulent times that I wondered, “Is this my reality?” All too sadly, it was.

Most people who go through divorce experience a wave of emotion, while those who get divorced with children end up going through multiple waves of emotions. They feel like the bumpy ride will never end, and that there is no hope anywhere in sight.

That’s certainly how I felt.

Going through a divorce with children is like learning to dance in a mine field and expecting not to get hurt. Ex’s & Oh’s takes you through the journey of Parental Alienation, giving you the tools needed to find joy, healing, and restoration in the darkest times.

Imagine if there were a manual or a guide that could help you avoid the mines and still learn how to dance again. Ex’s & Oh’s is that type of manual, allowing you to take a different perspective on your new reality and understand how to live again.

Parental Alienation or Parental Interference (as referred to in the legal system) can be the darkest element in a divorce proceeding that often cuts off parents and extended family members from their children or grandchildren. The process leads to depression, financial despair, and in some cases even suicide. Parental Alienation becomes an invisible prison, crossing all ethnic, religious, and gender lines, and is the recipe for the destruction of the family.

The goal for Ex’s & Oh’s is to bring life, freedom, and restoration to individuals and families impacted by Parental Alienation.

Being a father of four children and going through a messy divorce, I have learned some important things along the way on how to survive the process. Being separated from any communication from your kids with little to no visitation or communication for nearly a decade can be a nearly impossible thing as it takes your hope and joy. As a result, I had to cling to God’s promises of reconciliation and a deeper relationship with God as his father. Due to the dark journey I would like to share with others how to survive and find joy again.
To understand where the passion and desire to write this book came from, I must take you back on my journey which started in November of 2009. Suffering a great loss in the construction field, the south was decimated pushing me into bankruptcy. If that wasn’t bleak enough, the only asset I thought we could keep, our house, was damaged by a tropical storm.
Due to the losses, we went from our beautiful home with our four children to a tight apartment. The trauma that hit created a toll on my family and marriage. During this time, I was also suffering from some health issues limiting the amount of work I could do and sending my wife back out into the work world again after being a stay-at-home mother for nearly 12 years.
In November of 2009 my marriage was haunted by what would be a very ugly divorce. As a result, I have had my highs and lows, mountain top experiences as well as dark lonely valleys. One truth I learned is that although others may leave you, God can see you through in the most difficult times.
Most ask if the journey can be real and how one can survive if it were. The reality is unless you have lived it, you may never understand the deep loss and pain. As a result, I have clung to my faith and learned new truths to navigate the dark valley referred to in Psalm 23 and would like to take you on a journey for your healing. Through the process I found I am not defined by my situation rather by God’s grace.