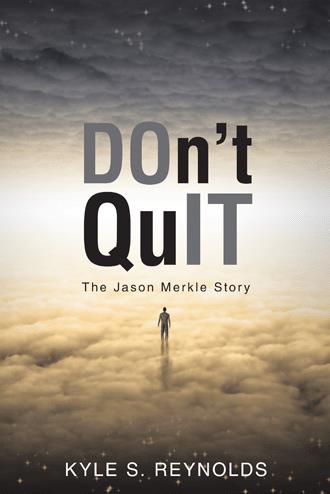 Seven years back, Jason was water-skiing, enjoying the carefree life of a young boy when his Uncle Van noticed the tremors in his hands. A few days later, he was told he was lucky to be alive due to a blockage in his cerebral aqueduct. After surviving two brain surgeries as a young teenager, and now on the verge of adulthood, Jason was being told he more than likely had less than a year to live—the sinister cyst that had caused such a great deal of trauma already in its benign state was now working to inflict death in merciless fashion. Imagine being told by a professional underwater scuba diver that most human beings cannot survive beyond two minutes under water without oxygen. “Some people,” he says, “only can last about one minute and thirty seconds, with the world record being twenty-two minutes. You are going to be submerged in water for thirty-three hours. Essentially, you have no chance for survival.” This is how bleak Jason’s prognosis seemed.

Why is quitting such an epidemic in today’s world? Why do people quit, give up and lose confidence in their abilities? The Jason Merkle story is about one young man’s courageous fight against terminal cancer. As a young teenager, Jason began experiencing noticeable tremors in his hands, and as the problem persisted, his doctors discovered a life-threatening blockage in his brain stem caused by a tumor. After surviving two brain surgeries as a teenager, the benign tumor morphed into a cancerous mass. Given almost no chance to survive by all the medical experts, Jason and his family chose to reject mainstream, conventional treatments, such as chemotherapy, radiation and surgery, turning instead to alternative medicine. While the situation seemed grave, Jason’s parents would go to the ends of the Earth to keep their child alive. In need of a miracle, Don’t Quit became the family’s daily mantra.

Kyle S. Reynolds enjoys writing, reading, golfing and studying God’s Word. He seeks to live out God’s purpose for his own life, and more importantly, help others do the same. He believes that the Lord, God Almighty, is on mission to redeem the people of the world through the death and resurrection of Jesus Christ. He lives in Cincinnati, Ohio, with his wife, Catherine, and their two children, Annelise and Henry.