Chronicles of the End Times 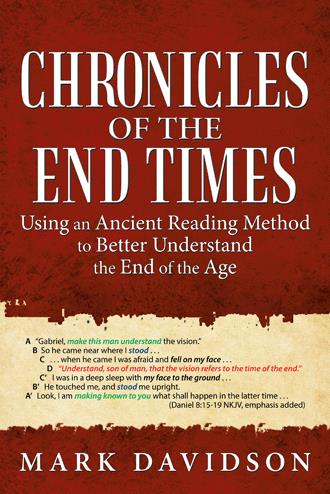 Pagan King Nebuchadnezzar thought he was expanding his kingdom and building a monument to himself. He had magnificent temples and palaces built in Babylon, with idols and altars gleaming with pure gold. The king didn’t know God was working out his own plans. When he conquered Judah and took the Jews captive, he was not only doing the will of the living God, but he was in for the experience of his life, because one of his captives was going to show him God. God used the Hebrew prophet Daniel to introduce both the pagan king and the Gentile world to God. How wonderful and like God to do amazing things such as this using the lives of ordinary people.

Despite all this, Jewish tradition names Nebuchadnezzar among a few men who are considered to be the most evil who ever lived. Among them is Haman in the book of Esther. Another more recent name of course is Hitler. But another is King Nebuchadnezzar. After all, he destroyed Jerusalem and the temple, ended the kingdom of Judah, and took the Jews captive. Nebuchadnezzar is referred to as “that wicked man” in the Babylonian Talmud. 22

Yet, two very wonderful things happened because of what the “wicked” King Nebuchadnezzar did. First, the Jews, upon returning to the land of Israel after having lived as captives in Babylon for seventy years, never again indulged in idol worship as a nation. Before the Captivity, the Old Testament has recorded seemingly countless times the Israelites fell into idolatry. After the Captivity, it never happened again. So God used Nebuchadnezzar to chastise and cleanse His people.

Second, King Nebuchadnezzar himself became a servant of the living God and was used by God to declare His presence to the entire world. So, God not only disciplined His people whom He had taken care of as the apple of his eye for fifteen hundred years, He introduced himself to the rest of humanity through the most feared man in the world! That is quite an undertaking—something only God could have done.

The Talmud may refer to Nebuchadnezzar as “that wicked man,” but aren’t we all wicked without Christ? Indeed, we are all evil as Romans 3:23 says, “For all have sinned and fall short of the glory of God” (NIV 1984). But God chose King Nebuchadnezzar as His servant, and to be one of His own. What a blessed thing it is to be chosen to be one of His own and be used as his servant, to see Him working in your life and know you are part of his kingdom!

In the times before Christ came, God could attribute one’s faith in God to that person as righteousness, as He had done to Abraham (see Gal. 3:6, Gen. 15:6). Therefore, prior to Jesus’ appearance, anyone could be counted as righteous, as long as he or she had faith in the God of heaven. This is how Nebuchadnezzar could have become an Old Testament saint.

The following is a list of the names God mentions directly in the Old Testament as “my servant.” In the following list after each name is the Bible reference where the phrase is first used for that person, and the number of times the phrase “my servant” is mentioned for each person:

In the Old Testament, there were many more righteous people who prayed to God addressing themselves as his servant, but this short list identifies the only ones God is specifically quoted as calling “my servant.” The first nine names are righteous men who will probably be familiar to you. (If you don’t remember Eliakim, he was one of the three men representing King Hezekiah when the Assyrian commander challenged Jerusalem in their native Hebrew language.) God referred to David this way most often, twenty-three times. 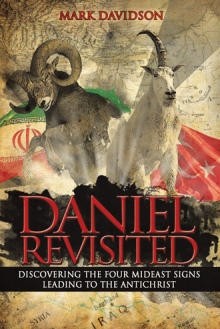 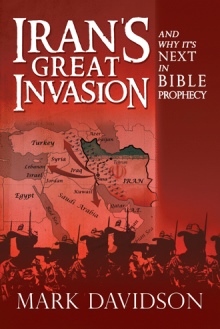 Iran’s Great Invasion and Why It’s Next in Bible Prophecy
Mark Davidson
$9.95

Mark Davidson, author of Daniel Revisited, has created a unique interpretation of end-time Bible prophecy using the ancient concentric reading method known as chiastics. Lost centuries ago, it was rediscovered by seminary scholars in the eighteenth century. This reading method reveals the form of the scripture text via the flow of its words, giving us a heightened sensitivity to the words in the text. When combined with the words’ meanings, we receive a greater understanding of prophetic scripture.

In Daniel Revisited, Davidson showed us the four signposts—four events prophesied in Daniel 7 and 8 and Revelation 6—to occur in the Middle East prior to the Rapture and Tribulation. Now in Chronicles of the End Times, chiastic reading has been applied to all of Daniel, Revelation, and other books, pulling back the veil further to expand our view from four events to all the main events, from the Middle East to the ends of the earth.

A chiastic reading of Daniel, Zechariah 1–6, Matthew 23–25, and Revelation—all shown in ninety illustrations—yields many solid answers to the following questions as well as to many others:

— How do Daniel 2 and 7 interact, and why are the kingdoms metals and beasts?

— What’s the purpose of Daniel’s Aramaic chapters, and how do they affect the end times?

— Which parts of Daniel 11 are to be fulfilled in ancient times versus end times?

— What is the real identity of Mystery Babylon, and how does this help us in the end times?

— How do the two scrolls of Revelation give greater understanding of the trumpets and bowls?

— What are the Seven Events of the end times, and which one is next?

This all may seem incredible for one book, but is nevertheless true. The chiastic reading of Bible prophecy revolutionizes our view of the end times and how we read Bible end-time prophecy.

Mark Davidson (a pen name) is a follower of Jesus Christ.

He is a graduate-degreed Aerospace Engineer having worked over thirty years in the defense and space industries. He and his wife live in Colorado.

Being a life-long student of the Bible, eschatology, world history, and geopolitics, he has connected the dots yielding a new interpretation of end-time Bible prophecy which is being proven by current events.

The author may be contacted at: