A Glimpse of the Rainbow 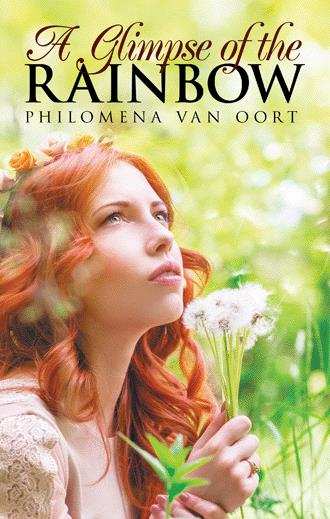 Elizabeth Hannah Davison lifted her auburn hair off her flushed face, tucking a silken strand behind her ear. She sighed as she dipped her hard-bristled brush back into the bucket of water and then scrubbed the floor again.

Six years ago her mother had passed away from the tragic illness of Tuberculous. A few months ago, Noah Harrison had decided that she was to begin working. This was the first year that counted off the debt still owed by Annette Davison. The poor woman had passed away, leaving the remaining eight years of indentured service to be completed by her daughter, Elizabeth.

The tingling memories of her mother often flooded the surface of the girl’s mind. Oh, she did not mind to work in the stead of her mother. She did not mind to scrub floors or wash dishes. She did not mind to peel potatoes or help prepare meals. In fact, she felt obliged to do it in return for all the generosity Noah Harrison had bestowed upon her. But it was the rage that accosted her whenever her thoughts turned to that wretched David Harrison. She was certain the boy gloated that she had to work like all the other children on the estate. If she closed her eyes tightly, she could just see him standing before her, proud, lofty, and cynical.

Unfortunately, David was the next heir to the castle. And with his father having recently fallen ill, her future did not look extremely bright. When Noah Harrison passed away, David Harrison would naturally take his position as rightful heir to the castle and its grounds! The young girl shivered at the thought of having to work for that ne’er-do-well.

“Are you still doing this floor?”

The brush clattered across the floor and her elbow bumped into the tin pail at her side, causing the bucket to tip precariously as the sudsy water sloshed dangerously from side to side.

Elizabeth jerked out of her deep ponderings and whirled around, face ashen. A ridiculously tall figure stood directly behind her in the doorway. Arrogance was the first word that came to mind as their eyes met. One shoulder leaned against the doorframe, his feet crossed at the ankles, while he folded his arms across his chest, quirking a brow. She supposed some would call him handsome although she refused to acknowledge it herself. She was daily surrounded by tittering, blushing maids who behaved very foolishly whenever they saw him. They chattered as jaybirds all throughout the day about that slothful, self-conceited bloke, each competing with each other, gossiping about each other, and spreading falsehoods about each other. It was enough to make her cast up her accounts. Besides, in Elizabeth’s opinion, any person, whether that be a man, woman, or child who conducted themselves in such an egoistic, arrogant, prideful manner, deserved nothing but repulsion.

And David Harrison was prime example of that.

Eyes that were bluer than the mesmerizing crystalline water of the sea blazed across the room. She narrowed her eyes at the arrogant tightening that stretched along his straight, strong jaw line. He had tousled black hair that was thick and lustrous, reaching the back of his neck. His nose was strong and defined, his features molded from granite. A broad forehead only appeared to enhance his thick dark eyebrows that, although usually sloping downwards in a serious expression, were now raised as though he were mocking her. A lock of his wavy hair had slipped down across his forehead, making him look most exasperatingly infernal. He was well north of six feet, something that made irritation surge through her whenever she tried to stand him down with her own five foot, six inches. She hated it when he used his height to intimidate her.

Not that it did, of course. Well, she grudgingly amended, maybe a little bit.

Her expression remained dull and placid although her words were laced with an artificial sugar coating that so obviously mocked any ‘respect’ she may have been ordered to use while speaking with ‘his lordship’.

“Begging your pardon, Mr. Harrison, but is it really necessary to frighten one when they are dutifully working? I nearly spilled the bucket of water upon my clean floor as a result of you not alerting me to your wonderful presence.”

A smile curved his lips and it looked as though he were amused. She fervently hoped he was not.

“Is that so? Well, thank you for telling me. As you suggested, I certainly shall endeavor to prevent any ‘incident’ from occurring again in the future. But about nearly spilling the bucket of water on the floor…” He shook his head and frowned slightly. “I have been standing here for about ten minutes and not once have I seen you brush that floor. I do believe that you were in deep thought and not within the reality of your duties. Am I correct?”

Elizabeth knew that he was only making fun of her. Just because he was six years older than her did not mean he could treat her like a little street urchin!

She gritted her teeth. “I am well aware of the situation I am in, Mr. Harrison. And yes, sir, I admit to have been a world away. Please accept my apology and excuse me. I shall endeavor to remain focused on my present assignment.”

The tall man analyzed her defiant expression beneath her pleasant facade. “Apology accepted. Have a good day, Beth.”

Elizabeth fumed silently as he pushed his overbearing body away from the doorframe and turned away from her. Anger spilled through her veins.If only that slothful David Harrison had never been born! The wretched louse. He was so superior that it made her want to vomit. Perhaps the next time he came upon her, she would attack him. The question was, would she triumph in a fight?

It had all started because of that wretched David Harrison. Although her resistance to his command had her digging her heels into the soil of England, one part of her heart anticipated the adventure of escaping the past and entering a new future in the great North West of Canada.

From a young age, Elizabeth Davison’s life was filled with tears and heartache. After both her parents’ death at the castle, she became an indentured cleaning girl in their stead and was required to work for seven years to pay off the remaining debt owed by them. But Elizabeth just could not be content. She longed to be free.

Life takes an unexpected twist and she moves across the ocean to a newly founded land. Will she survive the long journey ahead with an infuriating person who always seems to best her? And when danger comes calling, can she vanquish it with the sharp wit of her tongue or will she perish like a withering rose?

Her search for a glimpse of the rainbow left her feeling so small. Her future seemed so obscure...

Philomena Van Oort was born in southern British Columbia, Canada. As a little girl, she knew she wanted to be a writer and spent many hours scribbling across pages. At thirteen years old, she finally began to develop her first novel. She devours books and typically prefers anything from the old west, consequently possessing a real passion for horses and cattle in particular. Some of her favorite pastimes are riding her horses and writing. She especially enjoys using her writing voice to bless others.

Philomena now resides with her family on their ranch near central British Columbia, encompassed by the glorious Sugar Bowl mountains whose icy peaks reach into the azure blue.