Philippians: The Theology of Joy

Understanding Paul's Perspective on Rejoicing in the Spirit 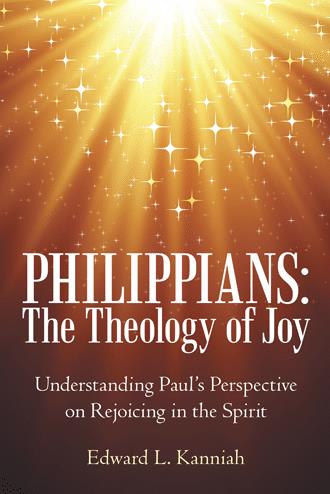 This epistle stands as a tribute to the obedience of Paul in his mission work. Paul had arrived here ten years before and from a small unofficial riverside gathering of women he planted this church inside a famous Roman colony. Why did Paul choose to come here? Actually he didn’t. In reading Acts 16: 8-15 we get the background to it. God chose for him to come here and Paul chose to obey. Why are you at the Church that you are at? Is it really the place you want to be? You need to ask, is this where God wants me to be? Does humility characterise the outflow of your decisions? Is unity the key factor in your choices? This is what the book (and this section) will reveal.

In Acts 16:9-10 Paul was instructed in a vision to go to Macedonia. It was his second missionary journey and he was, at this point, able to take Timothy, Luke and Silas with him. Without the mind of God in missions we are not at liberty to answer why Paul was not allowed to go to Asia. We can only be thankful that he came to this region and thus this church was born as a result of his mission work. When Paul was writing this Emperor Nero was ruling the empire and historians tell us that he was a prolific author. How ironic is God’s justice that none of it remains to prove that fact yet the writings of Paul permeate not only the church but secular history too.
There was in his vision a ‘man’ that said ‘come over and help us’ [emphasis mine]. Paul was to help and not to go over there and do nothing. Where there is no gospel help is needed. This ‘man’ must have been the Lord as according to Acts 16 there were no saved men in Philippi but only women conducting a prayer meeting.

The apostle Paul was under house arrest when he wrote this epistle and was free to receive visitors. One such guest was a man called Epaphroditus. He brought tidings and a gift for Paul and Paul sent this letter back with him. It is reasonable to conclude that Paul was very fond of this church at Philippi. It began when Paul and his company went down to the river where a group of woman were gathering (Acts 16:13). One of these and probably even the leader here was a woman named Lydia. She was a business woman who was a seller of purple – she sold a dyed cloth that was fashionable among the upper class. She was the first convert in that region and that was how this church was born. Do not despise the day of small things (Zech. 4:10). You can see by this that the Jewish population was very small for you needed a minimum of ten men to start a synagogue. The Lord works in ways that are far outside the logic of a human mind.
It was not all that easy to start this church for every day as they went to the gathering a demon possessed girl followed them and kept crying out at them until Paul commanded the demon to come out of her. There is a principle that must not go unnoticed and it is that wherever God is working you can be sure that the Devil is not far behind. Her owners who kept her as a slave to divine for the people were upset now that their money making scheme was fouled and this got Paul and Silas arrested and you will remember that they sang in that jail and at midnight there was an earthquake and the doors were flung open and the jailer thought Paul and Silas had escaped and was about to kill himself. Paul called out to him and spoke the gospel message to him and he got saved. All this we read in Acts 16. That by the way was ten years prior to the planting of this Church.
From the mention of the praetorian guard or the “palace guard” in 1:13 to the “Caesar’s household” in 4:22 we are sure that he was in Rome when he wrote this. Moreover, he was an arrested man and this time he is in a guarded house, so the church put some money together and sent it with Epaphroditus and while at Rome he got sick almost unto death if not for the Lords grace (cf. 2:26-27).

It is truly an epistle of Joy for the words ‘joy’ and ‘rejoice’ in all its forms appear fourteen times in four chapters. At best we could refer to it as a thank you letter. Thank you for the money, the gift, the ministry of love & the prayers. Have we not had to write letters like that to those who have blessed us? This is why this is not a treatise or dissertation of sorts where Paul in his usual style is defending some great doctrine or opposing some heresy. This is also why there are no Old Testament quotations. The section on the ‘kenosis’ (3:5-11) was not written to defend the doctrine but merely as a doxological expression, which many believe to be a song.
For life, liberty and the pursuit of Joy this book is a wonderful study. In chapter 1 he thanks them for their generosity. In chapter 2 he encourages them against their despondency. In chapter 3 he warns them against disunity and finally in chapter 4 he encourages them to dependency. 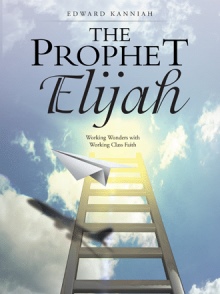 Joy in the Christian life has never been a divine suggestion but an indelible part of His new creation, yet we have found that much of what is today dubbed Christianity lacks this intrinsic feature. As to naming the source of the problem, we have found many views. But this author has but one to name, and that is the laziness of modern Christians in understanding their position in Christ. Christians do not make the study of the scriptures a lifestyle. Joy, as a concept, was God’s invention, not man’s, and yet today, people are convinced that they can obtain this blessing without Him. He gave it and outlined only in His Word how to get it and keep it. This is why I call it a theology and not a philosophy. It requires thinking biblically.

A pastor of a local church and loves teaching the Bible verse by verse.

A pastor of a local church and loves teaching the Bible verse by verse.