The Violation of Natural Rights and Western Cover-Up 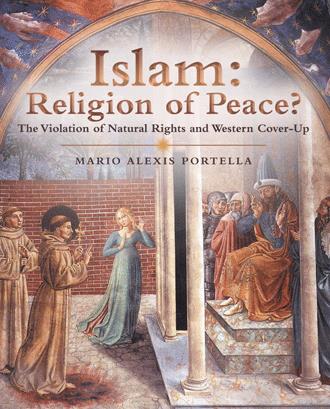 The manner in which avowed Islamist-backed jihadists invoke their tenets in order to justify their indiscriminate acts of violence leads one to believe that they are sanctioned by the Quran. The context of the Quran in regard to jihad, however, is more ambiguous than might be expected of a book from a god who claims to love his creation and forgive the sinner. Many contemporary Muslims exercise a personal choice to construe their sacred book’s appeal to the taking of arms and financing terrorism according to their own moral preconceived ideas. Islamic apologists have catered to these preferences with tenuous positions that camouflage historical fact, generally lacking any sort of profound and real scrutiny. This problem is not necessarily one of bad people, but of bad ideology. In other words, the point of concern is not whether someone is Persian, Egyptian or Palestinian, but rather his or her indoctrination of the sharia which justifies violence and other human rights violations against innocent people.
The Islamic faith, at the same time, tends parallel Judaism and Christianity in its external outlook on moral family issues, such as the prohibition of abortion, marriage between male and female and the procreation and proper formation of children. Equally as Jews and Christians, Muslims hold the institution of the family to be the foundation of human civilization. Unlike the secularized West which retains that human rights, as declared by the United Nations in 1948, stem from the consensus of the people, “[h]uman rights in Islam are firmly rooted in the belief that God, and God alone, is the Law Giver and the Source of all human rights.” These are principles any devout Jew, Christian, or any non-affiliated religious person would recognized, since a society which excludes the reality that human rights come from our Creator becomes capricious – this, in fact, is what the American Founding Fathers professed with the Declaration of Independence. Ironically, this criterion has been at the substratum of the dichotomy between the Islamic society and the West.
Samuel P. Huntington, in his The Clash of Civilizations and the Remaking of World Order (1996), had expressed that a major cause of the conflict between Islam and the West lies in the fundamental question of power and culture, specifically in the former colonies in the Middle East and Africa. A fundamental reason for this disparity is that Western civilization, at least in theory, has a humanist outlook in which Christianity integrated Jewish wisdom, Greek philosophy and Roman law, thereby providing Western culture its distinctive character: freedom of speech and of the press, separation of religion and state, freedom of religion and from religion, equal justice under law, the primacy of the individual, property rights, among other values. This is because society, specifically in the United States of America, has recognized and implemented the principle of equity – an element opposed by sharia law – into its body politic since, according to the natural law, all “are endowed by [our] Creator with certain unalienable rights.”

Eight hundred years ago, St. Francis of Assisi embarked on a mission to the port city of Damietta, Egypt, to try and convert Sultan al-Kamil to Christianity. While this did not come to fruition, both the sultan and the saint were able to have a peaceful dialogue and establish a mutual respect that is absent from the present-day polemics of Islam.

While many today hold that those who seek to create a universal caliphate through acts of terror in the name of Islam falsely represent their religion, they ignore the original Islamic texts that inspire these perpetrators. The Islamization of our society, however, does not just come from avowed terrorists but from various Islamic scholars and activists seeking to impose sharia law. As a result of the West disavowing its Greco-Roman and Judeo-Christian roots, government officials have catered to such injustices since they consider the petrodollar more valuable than the victims of violence. Consequently, they have capitulated our rights of free speech and religion to the point of classifying anyone who questions Islamists’ intentions as an Islamophobe. Islam: Religion of Peace? places Islam in its historical and sociopolitical contexts in order to better understand what has bred the Islamic threat facing today’s society, as well as how many of our political and church leaders have failed to address the problem, thereby creating more instability between both Muslims and non-Muslims. Author Mario Alexis Portella also proposes solutions whereby both peoples may enter into a meaningful discourse and establish harmony.

Mario Alexis Portella is a priest of the Cathedral of Santa Maria del Fiore and chancellor of the Archdiocese of Florence, Italy. He has a doctorate in canon law and civil law from the Pontifical Lateran University in Rome, as well as a Master of Arts in Medieval History from Fordham University in New York. He is the author of Ethiopian and Eritrean Monasticism—The Spiritual and Cultural Heritage of Two Nations, and he is a columnist for the monthly online journal Il Mantello della Giustizia.