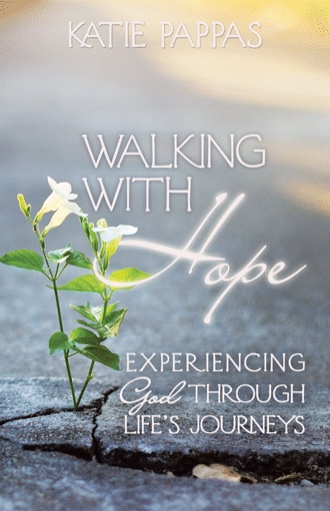 LEARNING HUMILITY — DEAR BARBIE, YOU WERE NEVER MY FRIEND

Growing up, I had always taken pride in being thin. I could easily have been categorized as the under-eater, over-exerciser type of girl. My mom once told me that back in kindergarten I wanted to look like Barbie. She immediately saw a red flag waved. That was not something she wanted to hear from her chubby cheeked, six-year-old daughter with china doll hair. In spite of her efforts to steer me toward balance, my all-or-nothing personality eventually accepted the challenge and went for extremes.
Although a blast, my senior year in high school caused internal struggles. What started out as a wonderful last year quickly turned into a vicious battle with anorexia. When I began to lose weight for the homecoming dance, the desire to drop a few pounds seemed harmless.
I had the perfect dress in mind. It was short, three inches up from my knees, and strapless. The thin, maroon knit fabric was accented by soft, black lace. If I could drop about seven pounds in one month, it would fit me perfectly. I did the math and figured the best option to meet my deadline was to skip lunch while I continued to work out.
Looking back, health was not my primary concern, looks were. I had it in my head that I would look so much better if I lost weight. Driven by a false sense of control, the competitor inside of me said if losing seven pounds made me look better, then twelve must make me look really good.
It was a constant numbers game. I quickly acquired a love-hate relationship with the closet scale. If I had lost some weight, I'd be rewarded with eating dinner that day. If I maintained, then I'd have to skip dinner as punishment. I continued skipping meals and took it so far as to not eat at all for three days at a time.
What started out as a simple seven pounds turned into twenty. When you already have a “normal” physique, twenty pounds is a lot.
Thankfully, with the help of my family, I sought counseling although the issue of control didn't go away. Now when I see an old picture of me wearing that little maroon dress at the homecoming dance, all I can think of is how much I suffered inside.
My eating disorder carried on through college. I never went days without eating, although I limited my calorie intake. This lack of food led to binges, weight fluctuations, dieting, and chronic over-exercising. My body screamed for nourishment, but as long as I was thin, I didn't mind shutting it up.
After college, I worked with a personal trainer and spent way too much time at the gym. I ended up eating more and had stopped binge eating, but still didn’t grasp the concept of nutrition. Never mind the fact I had just graduated with a degree in dietetics. My focus was on weight, not health.
A few months after college I moved to a new city. Shortly afterwards, I noticed unusual bloating. With all of my conditions to working out, disordered eating, and unhealthy nutritional patterns, I quickly became concerned. I wasn't doing anything different with my diet or workouts so why would I get bloated? I wouldn't find out until a year and a half later.
Slowly, my health declined, and I lacked energy. I literally would fall asleep at the front desk where I worked.
My weight slowly climbed, so naturally I started working out more, twice a day and evenings. I looked in the mirror one day and noticed brown spots all over my chest, stomach, and back. Plus, I would awaken in the middle of the night with the lower half of my body drenched in sweat and the upper half freezing. Getting a cycle seemed so far out of reach because they were never consistent and soon stopped all together. I suffered from extreme constipation, unstable moods, and stomach pains so severe I would lay curled up in a ball on the floor and crying.
To make matters worse, I gained thirty pounds in one month, making it a grand total of sixty pounds. Blossoming from a size two to a size fourteen, my parents finally insisted I move back home.
I remember one of the last days at work before the move. As I walked to the restroom, a woman asked me when the baby was due. I was horrified to appear pregnant during what I considered to be the prime of my life. I ate healthy, exercised at least twice a day, and sometimes even walked on my lunch break. I had prided myself on being thin and had gone to extremes to achieve it.
When I told her “I'm not pregnant,” she apologized although the words had already stabbed my heart. I suddenly realized my fear of appearing overweight and pregnant had become my reality.

Reading this book was a true pleasure. The heartfelt, honest look at real life struggles helped me feel connected and understood in my own challenges. I strongly encourage everyone who wants hope to read this book and share with their friends.”
–Paula Mosher Wallace
President, Bloom in the Dark, Inc.

Often in our journeys, we may not see clearly and even doubt God is invested in our lives. We all need encouragement and to be reminded that God is our source of unshakeable hope.

In Walking with Hope, Katie humorously and humbly takes you through her own heartfelt journeys of experiencing God. By inviting readers to be part of her story, she captivates them with transparency through sharing her pains and joys.

Walking with Hope will encourage, inspire, and challenge you to look deeper into the work God is doing in your own life.

Katie Pappas is an author and published songwriter who has a passion for seeing God’s word transform hearts and lives. Currently living in St. Louis, she pursues her passion through writing songs and books she hopes will open people’s hearts to God’s love. Find out more at Katiepappas.com