And How to Locate 24 Constellations 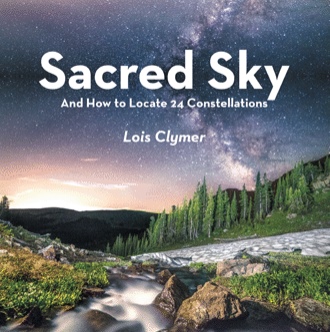 Preface. There was a time in the not too distant past that the constellations were held in a mystic veneration. This reverence indicated a tradition that their message was divine. The light of Christianity throws new light on these ancient foreshadowings. May we once again view the sacred sky with a sense of awe as we find and locate these old, old signs in the sky.
The predicted coming of a Redeemer, a Messiah, who would defeat Satan, and who would be born of a virgin, was known to men of antiquity, who then wrote it into the sky via the constellations at the beginning of history. This story has been woven into the myths and mysteries of many nations. Today we recognize Christ as the fulfillment of this prediction.
Introduction. Sacred sky! How can the sky be sacred? Sacred is defined in the dictionary as "connected with God (or the gods) or dedicated to a religious purpose and so deserving veneration.
There are two ways to view the sky as sacred. The first is the awe inspiring experience of viewing the sky as God's handiwork with its myriad of stars, its awesome planets, its amazing eclipses, its beautiful sunsets and sunrises, and its marvelous displays of the Milky Way and auroras. The second way, known well to the ancients, is to see in the heavens a story which has meaning. The stars can speak; they tell a story, put up there a long long time ago by some inspired ancient men. The constellations predict the coming of a redeemer, a conqueror who would defeat the serpent, the evil one.. Christ, born of a virgin, came to earth 2000 years ago. Christians believe He conquered Satan and death by His death and resurrection. He brings hope to all mankind. But 2000 years (or earlier) before He came, He was predicted in the stars and mankind started looking for Him; all mankind, not just the Hebrews, the special group of people through whose line He came from.

Orion is pictured as a mighty hunter with his club uplifted. Around his waist is his famous belt (find it in the sky as three bright stars) from which hangs a sword. Halfway down the sword is the Orion nebula, which can be seen as a tiny, hazy spot.
There are two huge stars of the first magnitude in Orion. First magnitude means that they are classed in the brightest category of stars. Located on Orion’s right shoulder is Betelgeuse, which has an ancient meaning of “the branch coming”. In the Old Testament, the promised Redeemer was referred to at times as “the branch”, for example Isaiah 11:1. Located on Orion’s left foot is Rigel or Rigol, which has an ancient meaning “the foot that crusheth”.
You can find Orion in the sky. In fact, he is one of the easiest constellations to find. First find his belt - 3 stars in a row at a jaunty angle. Then his shoulders are marked by two bright stars, Betelgeuse and Bellatrix, and his feet by two more stars, Saiph and Rigel. All the main stars of Orion are bright blue giants, except for Betelgeuse which is a red giant. Can you see the difference in color?

Gemini lies to the north of Orion. Here we have 2 youthful figures peacefully sitting together with their feet on the Milky Way. Pollux and Castor are the names of the brightest stars in the constellation and represent the heads of the twins. Each star then has a line forming their bodies and making a rough U shape. If you have some light pollution, you may only be able to see Pollux and Castor and a bright star, Alhena, on Pollux’ feet. The line between Pollux and Alhena is aimed straight at Orion.

Canis Major, the greater dog, lies to the lower left of Orion. In the nose of the dog is a very bright star, Sirius. Canis Minor, the lesser dog, is between the Canis Major and Gemini. He has a very bright star called Procyon. These two bright stars, Sirius and Procyon, along with Betelgeuse in Orion’s shoulder make what is called the Winter Triangle.

Taurus is to the right of Orion and is on the ecliptic line. To find Taurus, use the 3 stars in Orion’s belt to guide you to the bright star Aldebaran nestled in a V shaped cluster. Beyond that is the tiny dipper shaped Pleiades star cluster, sometimes called the seven sisters. You might want to look at these 2 star clusters with a binoculars for a beautiful sight. 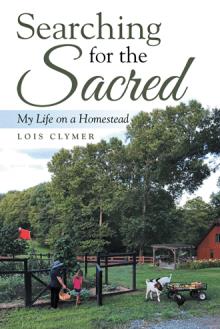 Searching for the Sacred
Lois Clymer
$11.95

Would you like to be able to find many constellations in the sky? This is a good beginner handbook with lots of instructions and hints on finding constellations, such as the Big and Little Dipper, Cassiopeia, Orion, and many others. It shows the winter triangle and the summer triangle, each composed of three bright stars, which when located lead you on to find the three constellations each triangle is composed of.Also learn how the stars and constellations were named in the earliest of times, pointing toward a divine, woman-born, conqueror of the serpent, the prediction of Christ’s coming to earth.

Lois Clymer is a wife, mother and grandmother who has always enjoyed reading and learning new things. She put this book together with her grandchildren in mind, and would like to introduce all children (and adults) to the wonder of the starry skies with their Divine message and to the joys of stargazing. Lois has many interests and has had several careers, including CPA and Personal Care Home Administrator. Disturbed by the trend in America to question the truth of Christianity, Lois has studied books on Christian apologetics and also the skeptics, including some very old ones from the 18 hundreds. Lois wanted to put some of the things she learned into a book for her grandchildren in a way that would be interesting so she studied stargazing and incorporated into this book the fun of stargazing along with information regarding the ancient naming of the stars, which show a prediction of Christ’s coming on earth.