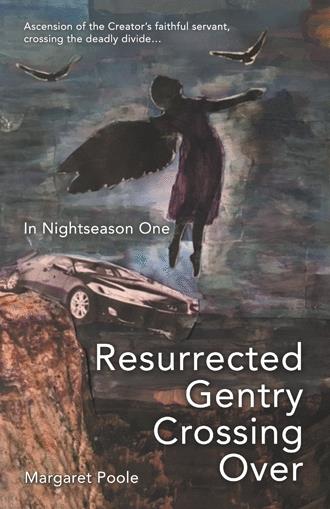 Summer 2018, GRETCHEN was unemployed again and experiencing severe financial difficulties. She was on the verge of losing her home to foreclosure and her three-bedroom/household belongings auctioned as she struggled to pay her debts. Her only source of income was the stipend she received for humanitarian work. Her life was given over to complete turmoil--one disaster after another to include being a victim of real estate fraud and identity theft. She was in abject poverty, helpless but never hopeless. The reason was clear to Gretchen. She believed that the Creator had chosen her to facilitate the redemption of BERTHA (her spiritual sister and mentor), and she had to suffer in like manner for validation. Like Bertha, Gretchen was isolated from family and mistreated. It appeared to her that she too would end up in a pauper’s grave, if she didn’t act quickly to circumvent the cruel culture of silence.

Gretchen was passionate about her mission and never allowed her sufferings to hinder her dedication to duty and excellence. She had realized that her increasing urge to reunite with Bertha could only be possible through her connection with THEO, their guiding light and soon-to-be-angel ally, in purgatory at Vanityville, Gentry Cove. Gretchen first met Theo, in summer 2017, when she retreated to Bertha’s home at the Dreamersville Hotel in Dunkersfield, Gentry Cove. It became her escape path from the cruelty and aloneness in real world. Living in the moment among angelic souls, and in a state of constant dreaming, appeared to be a haven for Gretchen. Yet, she was deterred by Bertha’s demise and surprised to find SKIP, their nemesis and the epitome of evil, dwelling with his cohorts in Vanityville.

Gretchen’s intriguing story had begun in 1994 when she was in college, pursuing a bachelor’s degree. She believed that Bertha was the embodiment of ‘Phillis Wheatley’--the first African American female poet who she studied in American Literature. Phillis who had gained gentry (nobility) status, must be resurrected from a pauper’s grave, in this their first nightseason, to recover her legacy earned over 260 years ago. Her home was in Boston, Massachusetts where the boat ‘Phillis’ landed her into slavery (at age seven or eight) from West Africa. Gretchen found it excruciatingly amazing that she was the one chosen to make the redemption possible. Her fascination and passion became more intense, the more she suffered. Through dreams, Bertha bridged the gap between Gretchen and Phillis. She became the medium through which Gretchen received the information she needed to tell this story, Resurrected Gentry Crossing Over.

It is written, “But they that wait upon the Lord shall renew their strength; they shall mount up with wings like eagles…”
(Isaiah 40:31, KJV)

This book was inspired by factual events...


Resurrected Gentry Crossing Over is the creator’s work of genius that seeks to help bring awareness, empowerment, and redemption. It commemorates the Creator’s love and the life-changing, redemptive, and healing powers at work through apparent elusive dreams of good overcoming evil. It is an intriguing story told by Gretchen, who was compelled to redeem Bertha (Phillis) from a “pauper’s grave” and to give them (including herself) the honor they rightfully deserve. As her suffering in silence intensified, so did Gretchen’s faith, resilience, and determination to fulfill her promise to Bertha/Phillis and remain steadfast in glorifying the Creator.

Margaret Poole is a Doctor of Philosophy, devoted Veteran, scholar-practitioner, educator, advocate and matriarch (among other titles). Dr. Poole has dedicated 20 years of her life in healthcare and she is a humanitarian at heart. She is passionate about being the voice for voiceless and marginalized individuals. Her dream to become a writer had intensified after being immersed in the lived experience with Gretchen--through her journaling and having realized how much they had in common. She had developed a close bond with Gretchen’s character and her imaginary spiritual-angelic friends (Bertha and Theo), for over twenty-five years, and she knows their story very well. Dr. Poole is a woman of faith and believes that the Almighty Creator had predestined her work and ambition to write this (first) novel--Resurrected Gentry Crossing Over. It is the redemption story of Gretchen and Bertha (aka Phillis).