My Journey from Saigon to Ottawa 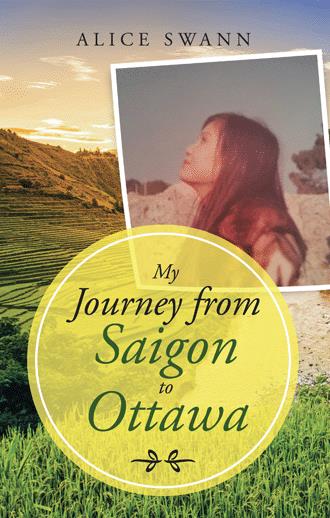 I talked with Canadian colleagues about my desire to immigrate to Canada. I did not want to stay in Europe, the Old Continent. I was restless, fearless and wanted to discover the New World. My confident was a young diplomat, Jean Olivier Caron. He informed me that the Canadian delegation from the Immigration Department will arrive to attend the meetings of the Executive Committee of the United Nations High Commissioner for Refugees (UNHRC) and that it was an opportunity to contact them.

I attended those UNHRC executive meetings each year as an observer for the Republic of Vietnam. I sat between the delegates of Sudan and Ethiopia, looking like a fly sitting between two tall, skinny giraffes with a long neck.

I approached the Canadian delegation and was welcomed by Kirk Bell, director at the Immigration Department. He was young and very friendly. He did not seem surprised to see me walking towards him, probably he had been briefed by Jean Olivier.

I said. “Hello, I came to you because I want to immigrate to Canada.” He smiled and asked. “Why do you want to immigrate to Canada?” I answered. “To be frank with you, firstly we are going to lose the war. I have a diplomatic passport and I shall need to live somewhere. My second reason is that I have a great love story with a German delegate but he is married and I want to put a huge ocean between us and begin a new life in Canada.” That was clear enough and that explained my situation.

Kirk Bell looked at me and commented. “Br…br…It is very cold in Canada. You cannot go with this silky dress. You will need very warm clothes.” I answered, giggling like a schoolgirl. “I have already bought a big fur coat to go to Canada.” I had imagined that living in Canada, in such a freezing climate, people enveloped themselves in fur coats like bears. He laughed and said. “The average Canadian women don’t wear fur coats. If you have one, you must be rich.” He added. “You will be a very nice addition to the Canadian population. However, I am not the right person for you to apply. You must go to our Canadian immigration officer in Bern and apply to him there. I shall tell him that I have already seen you and talked with you.”

I sent a letter to the Canadian Embassy in Bern. I received immediately a call from somebody from the embassy, giving me an appointment in Bern. I took the train to Bern, saw the immigration officer and completed the immigration papers.

I needed to write the name of my sponsor in Ottawa, my chosen destination. I asked Father Armand Garon, a Canadian priest I had met some weeks ago at the home of Father Raymond Roch. Father Armand Garon accepted to be my sponsor. A final formality was to go to a Swiss doctor for a medical exam and all of my papers were approved for immigration.

I did not hide the fact that I was going to immigrate to Canada. Some of my friends in Geneva gave parties to send me off with their heartfelt wishes for my future. Baron Otto Von Stempel, the acting ambassador of the Federal Republic of Germany, and his spouse, gave a farewell dinner party in my honor. They had been always nice to me. Their parties were elegant with champagne, strawberries and vodka. The baroness was a former Russian aristocrat. She was wealthy and looked sweet, frail and humble. Any time they invited me for a reception or a dinner party, I always asked to be the flower girl. It meant that I bought roses and decorated their dining room and table. That was my gift.

The flight for Canada was scheduled in the morning of February 28, 1975 and I should be at the Geneva-Cointrin Airport very early.

Sarah, Sophie’s adoptive mother, drove me to the airport. We had a coffee meanwhile waiting for the plane to take off. Sophie was seven years old. This was an important moment because I immigrated to Canada, leaving my daughter to the care of Sarah. Although the adoption papers had been signed, Sarah said that nothing had changed and that I was always like her younger sister and that she raised my baby on my behalf. I hoped to take Sophie back with me in the future but when? I flew towards an unknown continent and a mysterious future.

During my last weeks in Geneva, I went to see two movies “Karamouska” and “The New World.” In the huge Boeing flying towards Canada, my new country, I was ecstatic. I was an immigrant. That sounded romantic, exhilarating and marvellous.

I was welcomed at the Ottawa Airport by Myram de Bie Waller, with her two little daughters, Virginia and Kate. Her husband Irvin Waller was at work so I saw him only in the evening.

It was only at the last minute and by chance that I got Myriam’s address, without expecting it. She invited me to stay with her and family during my first weeks in Ottawa.

Myriam was one of my roommates at the Sedes Sapientiae at Louvain in 1961. Her father was my Sociology professor. She married in 1963 Irvin Waller, a graduate in law from Cambridge University. Irvin was the son of a British Lord. The young couple immigrated to Canada soon after the wedding.

I always had felt the deep desire to write about my unusual journey from Saigon to Ottawa, which occurred during the first thirty-four years of my existence.

My story is a story of faith as I converted to the Roman Catholic faith in 1962 in Belgium.

As a witness of Vietnam history—thanks to my family whose many members and friends had been part of that history—I had served also the Republic of Vietnam, but my diplomatic position was cut short by the political and military tragic events happening in Saigon in 1975.

My odyssey had unexpected crossroads, honors, sorrows, and love stories. I was also the first Vietnamese girl who had represented her country at a magnificent mass celebrated by Pope Paul VI in the Basilica St. Peter on December 8, 1966.

I narrated how my journey had begun and what had happened, which made it feel like an incredible tale.

Alice Le Dung Nguyen Swann was born in Saigon in 1941, during the Second World War. She witnessed the Indochina War and the Vietnam War, and her story is intertwined with the history of Vietnam.

While a student in Belgium, she converted to the Roman Catholic faith. She graduated from the Catholic University of Louvain (Belgium) in 1964 and began her career in 1965 at the Embassy of the Republic of Vietnam in Rome, Italy. Afterward, she was posted in Geneva at the Permanent Mission of the Republic of Vietnam to the United Nations and its specialized agencies.

In 1975, she immigrated to Canada, and she became a Canadian citizen in 1978. She married Julian Swann in June of 1978. As was the case with many other Vietnamese families, her parents, brothers, sisters, cousins, and friends were not spared the sorrows of war.