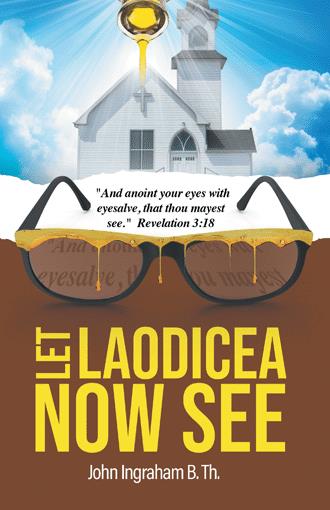 Amongst the seven churches noted, Laodicea is described as the wealthy, apostate, blind church Jesus wants desperately to repent. Despite its detestable behavior, Laodicea is also undeniably a church greatly loved by Jesus, but he finds its character and spiritual conduct quite repulsive. This is the unsearchable, immeasurable love of Jesus for his beloved bride, the church. The admonition to repent confirms sin was evident in the Laodicean Christian community. It is unbecoming and out of character that a Christian community require such strong admonishment to repent. As Christians, we are expected to live a life of voluntary brokenness and repentance. The tragedy is the church was clearly deceived and convinced that it was in right standing with God, but it was not. This example highlights the fact that a community of believers, or a believer, can live a life of deception and not recognize that there is a need for repentance. The church is by nature a body of believers perceived or expected to be in right standing with God because it knows the ways of righteousness. It is a more reasonable expectation that the church would be seen admonishing unbelievers to repent, rather than being directed to repent. This is an embarrassing act and not one to be celebrated.

The referenced nakedness of the Laodicean believers noted by Jesus was additional proof confirming they were certainly in need of repentance. In scripture, nakedness is often associated with sin and shame.

And when Moses saw that the people were naked; (for Aaron had made them naked unto their shame among their enemies). (Exodus 32:25)

Behold, I come as a thief, Blessed is he that watch and keeps his garments, lest he walk naked, and they see his shame. (Revelation 16:15)

If we were to use this scripture as a reference, it could be concluded that many of the things occurring in the church community at Laodicea must have been shameful, particularly from the vantage point of observers not part of the church community. They may have also caused the enemy of the church to formulate a justified negative opinion of it. In such instances, sinners are made to stumble by fault of God’s people’s character and conduct. As a consequence, God’s name is blasphemed.

Here is another passage that associates nakedness to sin.

And the eyes of them both were opened, and they knew that they were naked; and they sowed fig leaves together, and made themselves aprons. And he (Adam) said I heard thy voice in the garden, and I was afraid because I was naked; and I hid myself. (Genesis 3:7, 10)

In both examples, the nakedness was directly associated and characteristic of sin. Sin produces shame because it causes God’s people to appear naked publicly when they are to be clothed in righteousness. Additionally, sin strips a believer of the covering mantle of God that provides preservation and protection from the enemy. Accordingly, a naked church is made vulnerable to every ploy, scheme, and attack of the enemy. The same applies to each believer.

As one might expect, the Laodicean believers were certainly not convinced of their nakedness, vulnerability, sin, and shame before the eyes of observers. The dominant message emanating from the Laodicean community of Christian believers also suggests they were especially unaware of the times and the seasons. They had little or no situational awareness. Speech is often the greatest attestation of an individual’s situational awareness. This is a tragic state of affairs for the church or a believer to find his or herself in. In the next chapter, we will discuss this phenomenon in greater detail.

“An opinionated people, a shamefully naked church, an arrogant prideful people, wretched and despicable in behavior and above all, a spiritually blind church”.

Regrettably, this is how Revelation chapter 3 describes the seventh church, Laodicea. This book is a highly recommended exegetical commentary on the seventh named church spoken about in the book of Revelation. It identifies many of the parallels between the historical church and the church today. The book focuses primarily on the apparent blindness of some facets of the church that can be evidently confirmed in the interpretation of end-time prophecy. With earnest prayer and fasting, Bishop John Ingraham has devoted himself to a meticulous study of eschatological events for over twenty years. Primarily he believes, interpretation of prophecy is by divine revelation from the Spirit of God and by proper exegetical analysis of scripture.

Let Laodicea now see examines several popular teachings on end-time events in the light of scripture. I pray that after this book would have been read, eyes will have been anointed with the eye salve of truth’ the word of God, and Laodicea will now see!

John Ingraham is a Bishop in the Southside FIRM Network of Christian Churches in The Commonwealth of the Bahamas and serves as Fellowship Pastor at Southside Christian Ministries Int. He has over thirty years of service in the Military. Let Laodicea now See is his premier book. He is married to the former Patrice Frazer and they are the proud parents of two sons.