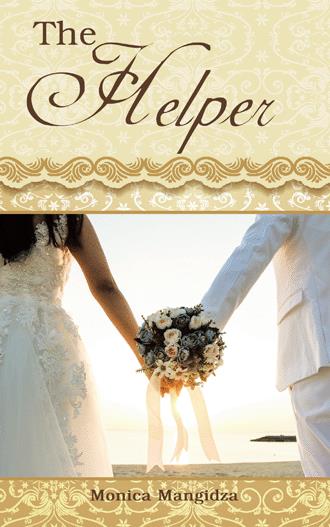 What is a helper?

Who does not need help? We all at one point or another need a helper in doing chores at home, in carrying heavy objects and in undertaking many other manual tasks. When we are happy and excited we need someone to share the happiness with. When we are low and sad we again need helpers. There are things like learning how to ride a bicycle that need a physical helper. Things like climbing up a mountain, replacing a light bulb, threading a needle, solving a crossword puzzle, even scratching one’s back- we need a helper!

Even Ecclesiastes 4 verse 9 says two are better than one. God had foreseen all this when he decided to make a help meet for a man and it was a woman who was made. In Genesis 2 verses 21 – 23, God took a rib from Adam and made a woman. In verse 23 when Adam saw the woman he declared, ‘This is now bone of my bones, and flesh of my flesh, she shall be called woman because she was taken out of man.’

… But when God made woman, He was glad because man was not alone any more. God had made man a special helper; more like a soulmate. In Genesis 2 verse 18, man had a partner. God’s idea for man and woman was that they would help each other enjoy the earth. They would work together in the Garden of Eden. They would play together as did Isaac who sported with his wife Rebecca.

Indirect but vital help
Malachi 2 verse 14 talks of a woman as a man’s companion. Oxford dictionary describes a companion as a person who spends time with another, a friend.

As a helper it is vital that husband and wife spend time together, sharing and getting to know each other. That is a very essential prerequisite for an effective helper because one has to know and understand the one they are helping in order to be effective and successful.

A……….ALERT. The helper knows that she has got an enemy she has to fight day and night. The enemy seeks to kill and destroy her family through various ways, breaking marriage, physical death, turning children against parents, you name it (John 10 verse 10). The helper works tirelessly to counter attack the devil and to ask for God’s protection for herself and her family. She is a prayerful person. She prays unceasingly 1 Thessalonians 5 verse 17.

B……….BLESSING. The woman is a blessing to all people around her, the community, relatives, children and husband. Proverbs 31 verse 28. All they see in her is good and they shower her with praises.

It was God’s idea and initiative to create woman. He started marriage because he realized it wasn’t good for man to be alone, so he made a helpmate. He didn’t make a lesser human being, nor did he design a more superior being. He simply made man a helpmate.

In The Helper, author Monica Mangidza dispels the cultural and generational myths that have misinformed and played a fundamental role in creating ungodly marriages and widespread oppression in families. Aimed at teaching women what being a helper is really about, it defines what a helper is and provides insight on how one can be a helper. It outlines the need for a helper, includes advice, and shares the ABC’s of how women can be the helper God designed them to be.

Looking at what the Bible says about the role of wives in everyday life, The Helper clearly distinguishes between godly values and cultural values. It helps you learn, grow, and have the kind of marriages God intended.

Monica Mangidza has been a teacher since 1981 and has been married thirty-four years. She is a mother of four and a grandmother. From her experience in her career, in her marriage, and serving as a deaconess in her local church, Monica took a different view on how one can learn and be inspired through learning from each other’s experiences as one honors the marriage covenant made with God and their spouse.