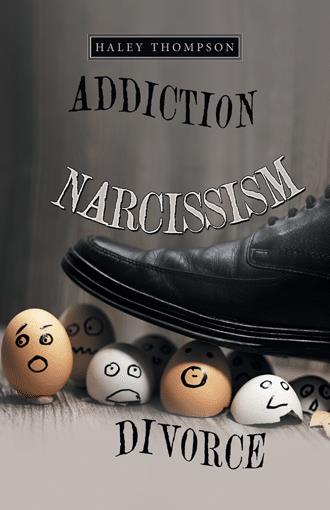 It's not easy walking away from twenty-seven years of marriage but I have to be honest, I got tired of fighting for my marriage. So not only did I walk away I didn't fight. I was emotionally dead, I had no fight left in me. I receive no maintenance. Most people think I'm nuts, well I probably am however, my brother looked at me and said, "Did he provide for you when you were married?" I replied, "No" his next question hit hard, "Do you really think he's going to pay maintenance once you're divorced?" again I replied, "No" he said, "Then cut your losses." I did. What?! Yes but I also want you to look at it from my perspective. Narcissists like to emotionally destroy and they like to watch their target be financially destroyed. Had I prolonged the divorce arguing over every item in the house, his business, and every penny I deserved I'd still be married and he would still have his life with his girlfriend and the narcissist would have gotten what he wanted: me emotionally and financially destroyed while he continued to live life the way he wanted and always had. It would have been a narcissist win because for them it's all about winning and losing. Why not fight? He would still have contact and as long as there is contact there is control. The contact is his fuel and that's all he needs. Had there been maintenance, based on his history of not wanting to pay for things, he would more than likely not pay and I would have to take him to court to get my divorce decree appointed maintenance. Which means contact and his control over me through maintenance and financially burdening me to take him to court to get what was originally agreed upon. Once again he would have control over the entire situation with the unknowing help of the court system. If there was contact with the narcissist (my ex) then there would be a harder time for me to heal. I had $20,000 debt from that divorce without fighting, I can only imagine what it would have been if I had fought. I received approximately $800 total for nine months(less than $100 a month) of temporary maintenance to keep up on any bills. Our divorce lasted approximately nine months. I'm not telling you this for shock and awe but eventually by the grace of God I got through it. I have heard of women going through divorce and it was well into the fourth year and upwards of $40,000. Why? Either work it out or get out. Again, the court system refuses to see the pain inflicted upon the abused unless they truly don't understand emotional abuse. God has seen every second of my life and yours, my pain and yours, my struggles and yours, it has not gone unnoticed. I'm not saying give up and give it all to your ex, what I'm saying is be wise. Don't let your pride or attitude of arguing over every detail get in the way. Look at long term, your emotional, physical and spiritual health. The court system must have a difficult time in decision making however commonsense will have to come into play. As in my case it was very difficult and could have been very costly to prove ownership of vehicles, business equipment, business accounts and bank accounts. This would have taken lots of time and manpower to prove and I would have been even more stressed than I already was at that time. Not to mention financially devastating which again feeds into the narcissist's fuel bank. Narcissists don't care at all about other people, they only care about themselves and their wants and needs. Narcissists really don't care about your emotional, spiritual or physical health.

Haley had devoted herself to a long-term twenty-seven-year marriage only to be abandoned by her spouse and the court system. She takes you into the world of narcissism, addiction (pornography), divorce, and the negative traumatic experiences it has had on her and her family. Not only does she take you on the journey of emotional abuse but she writes about it while struggling with complex post-traumatic stress disorder. In the book, you get a bird’s-eye view of how the brain functions as she sifts and works through the healing process while processing all the emotional pain that was inflicted on her.

Haley gives a poignant look at a life of abuse that goes undetected by society because the abuse is well camouflaged within the family unit. She explains the negative effects that narcissism, coupled with pornography, has on children, even adult children. Because of the research Haley has done, along with her experiences, she can relate to those who are dealing with loved ones who have personality disorders and addictions, those who are being personally managed down, and those who are experiencing the loss of identity ending in divorce. She tells of slowly regaining her life temporarily lost and finding hope to live again in a broken world. Haley is determined that this need not be the end of the story; rather, it is a beginning.

Haley Thompson is an intelligent, middle aged, quick witted, mom of two adult daughters. She holds her bachelors degree in education and is passionate about teaching and learning. She enjoys gardening, history, research, reading and is currently enjoying all the adventures that single life has to offer. When not involved with hobbies or volunteering, Haley’s ninety-pound black Labrador, loves taking her on nature walks.