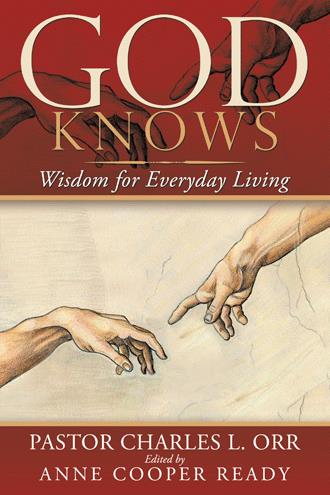 It was what people in the industry called a “sleeper.” Here was an unpretentious little British film about two young athletes, who win gold medals for their country in the Olympic Games of 1924.

Now, what kind of chance for commercial success does a film like that have? After all, it’s set so long ago. And it’s about people, who are the opposite of all the dominant movie heroes of recent years -- the seekers, the disaffected, the cynical.

But, as you know, Chariots of Fire went on to stir audiences and to win an Academy Award for Best Film of 1981.

The film was about winning, of course. But, it was about something more than that, too. It was about motivation. What is it that drives a person to overcome the barriers of boredom, pain and peer pressure to feel the pleasure of streaking across the tape?

As Eric Liddell says in his soft Lowland Scots voice: “It’s within you.”

Eric Liddell was a Scottish Presbyterian. He was a twenty-two year old university science major, who felt a call to follow his father into China as a missionary.

He was also an international star as a rugby player and one of the fastest runners ever produced by Scotland.

His family was not confident in his desire to run in the Olympic Games, fearing that it might get in the way of his missionary preparation. Eric tells his sister that he is totally committed to God. But, he adds with a grin, “God made me fast.” And he resolved to run and to win to the “glory of God.” That was the fire within him.

Harold Abrahams is the other main character. Within him, too, burned a consuming fire.

And a fire in the soul has ultimately to do with what we call religion. Harold Abrahams’ fire was ignited by bigotry. He was Jewish. And despite all the privileges of an expensive education in England’s venerable and exclusive schools, he sensed and suffered from that polite and subtle anti-Semitism. Which can be as wounding as a pogrom or a violent riot and rape.

So, while enjoying all the amenities and delights of a Cambridge college; Harold dedicates himself, with every fiber of his being, to train, to run and to win.

Winning was “showing them.” The God of Harold Abrahams was the God of Abraham and although not outwardly a practicing believer, he had the ancestral fires burning within.

Both young men stand their ground with integrity, struggle against pressure to compromise -- and win! In both, the fires burn deep within.

Somewhere in the movie, we hear a choir singing Parry’s setting of William Blake’s “Jerusalem.” The poem is based on a legend that Jesus once came to England. Its climax is the burning resolve to create the Jerusalem of God out of the grim conditions in England’s industrial revolution.

“Bring me my Bow of burning gold!

Bring me my arrows of desire

Bring me my Chariot of fire

I will not cease from Mental Flight,

Nor shall my sword sleep in my hand,

Till we have built Jerusalem,

In England’s green and pleasant Land.”

That was a visionary hymn of a society transformed by the Kingdom of God.

Blake’s phrase “Chariot of fire” (the title of the film) refers to the story of the prophet Elijah passing his mantle to Elisha before leaving him for Heaven.

The old proverb has it right. “Without a vision, the people perish.”

And vision means something -- which flames, which transcends -- the ordinary. And beckons a deep response.

Where are our chariots of fire today? Where do you find a source for your commitment to something more than your own brilliance or competence or narrow self-interest?

In the movie, there is a scene (before we are taken to the Olympic Stadium) of Eric Liddell preaching from the pulpit of the Scottish Church in Paris.

“He gives power to the faint, and to them who have no strength, he increases might. But they that wait upon the Lord, shall renew their strength. They shall mount up with wings as eagles, they shall run and not be weary …”

Now, that is visionary. That is religion with wings, religion that soars. Words first spoken to people in exile in Babylon, promising power, which the world could not see.

That is prophetic vision – vision that allows us to see something more than the obvious power by which people continue to push and pull to get their way. There is another power. A power, which comes from within. A power, which is not external and coercive, but affective. A power, which moves us to love.

How can we learn what it means to “wait upon the Lord” so that we can “mount up with wings as eagles…so that we can run and not be weary?”

Clearly, one way to “renew our strength,” is worship. But it must be worship to which we come expectantly, in which we share actively. Entered not upon ourselves, but upon the One, who stoops to serve. Whom Jesus taught us to call, “Father.”

The real test of a soaring faith comes not with passing vision. But with the practical plodding loyalty of those, who stand by their convictions outside the premises of a church or synagogue, where commitment is tested.

And who knows where that will lead? Well, nobody knows for sure. Both young men lived out their convictions. Harold Abrahams went on to marry into the British aristocracy and died respected and honored. Eric Liddell went to China as a missionary and died in a Japanese internment camp at Weihsien in occupied China.

American theologian, Langdon Brown Gilkey wrote a jaundiced account of the life inside that compound -- in which people of all ages and backgrounds – lived in boredom and misery. In his account, there is hardly a good word for anyone – least of all for Protestant Christians. But then, you turn the page and find these words: “It is rare indeed, when anyone has the good fortune to meet a saint. But he (Eric Liddell) comes as close to it as anyone I have ever known.”

Liddell was living out his faith. He befriended the prostitute and the despised businessman, carried coal for the weak and taught the young. Got ready to sell his gold watch and tore up his sheets for bandages.

Thus, we glimpse the chariots of fire and an unpretentious man, who used his gifts to the glory of God in the most simple of ways. And yet he is still the same Eric, in a multi-colored shirt made of old curtains and looking extremely ordinary and nothing special at all.

In her biography, The Flying Scotsman, author Sally Magnusson wrote, “Perhaps it wouldn’t be too fanciful, either, to suppose that the sancta simplicitas -- the sacred simplicity – of a man like Eric Liddell will continue to reverberate gently down the years. And affect all sorts of unlikely people. The secret of that charisma of his, still touching people from the 1920’s schoolgirl to the 1980’s filmmaker has to be his faith. Though that may be too simple an answer for our times. It has to be something to do with the resources he tapped when his head jerked back in a race and he ran blind. Something to do with the spiritual source he surrendered to when the fighting was over. Whatever his secret, it will be found there, where the joy and the pain and the love were greatest.

“If that is too simple an answer for an age that tends to be more comfortable with the unresolved paradox of a life that comprehends both drive and serenity; will to achieve and grace to give in; ordinariness and charisma – then it’s probably a comment on us.

“For in the end, there is really no paradox, no enigma about Eric Liddell’s life. Wasn’t it (Scottish poet Robert) Burns who said, that a simple man is ‘a problem that puzzles the devil?’”

GOD KNOWS/Wisdom for Everyday Living is spiritual nourishment for our souls in the challenges that life brings. Pastor Orr reassures us of God’s undying love for us with a sense of promise and adventure, wit and wisdom.

About the Author: With 50 years of experience preaching weekly sermons and a decades long radio ministry, Charles Orr is in a unique position to offer an understanding of God’s presence in our lives. Charles is a minister who has been there himself: facing life’s uncertainties … with his own humanity and humility. Under his guidance as the Senior Pastor. Westwood Presbyterian Church in West Los Angeles became a catalyst for change, launching outreach programs. In 1984, he and his wife, Claire, began a community-based organization, PATH (People Assisting the Homeless) to help men, women and families find homes in cities throughout California. A year later, the church helped launch CHILD S.H.A.R.E., now FOSTER ALL, which has helped thousands of abused and neglected children. About the Editor: Anne Cooper Ready is a published author of both fiction and non-fiction, bookending a career as a professional journalist, television producer and media/presentation coach. As a parishioner who was guided by Pastor Charles in understanding God’s presence and purpose in her life, she is blessed to edit his sermons with quotes from personalities ranging from Ghandi and Arthur Ashe to Woody Allen and Einstein.