The End of Times

Recognizing the Signs Interpreting the Book of Revelation 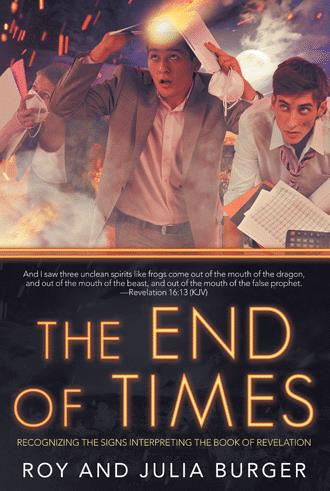 The apostle Paul tells us in 2 Corinthians 5: 8 (KJV): "We are confident, I say, and willing rather to be absent from the body, and to be present with the Lord.” This passage explains that when we are absent from the body, in case of death we are then taken to the presence of the Lord and, according to the book of Luke, angels will carry us to the presence of the Lord. Luke 16:22 (KJV): “And it came to pass, that the beggar died, and was carried by the angels into Abraham's bosom: the rich man also died and was buried.” We see the angels carrying Lazarus into the bosom of Abraham who was in Paradise, and we know that when Jesus died he took Paradise to heaven. Luke 23: 42-43 (KJV): “And he said unto Jesus, Lord, remember me when thou come into thy kingdom. And Jesus said unto him, Verily I say unto thee, today shalt thou be with me in paradise.

Then how do the dead in Christ rise first if they are already in the presence of the Lord? The rapture is the reunion of the spirit with our bodies, but many people’s body who already died are in graves here on earth. So, in the rapture, those who are still alive will see dead bodies raising from the grave. 1 Thessalonians 4: 16-17 “For the Lord himself shall descend from heaven with a shout, with the voice of the archangel, and with the trump of God: and the dead in Christ shall rise first: Then we which are alive and remain shall be caught up together with them in the clouds, to meet the Lord in the air: and so shall we ever be with the Lord.” When Jesus will come, those who are already dead will enter into new bodies after the Holy Spirit raises them up.” 1 Corinthians 15: 52 (KJV): “In a moment, in the twinkling of an eye, at the last trump: for the trumpet shall sound, and the dead shall be raised incorruptible, and we shall be changed.” This scenario will appear like the modern version of a TV show "The zombie apocalypse," but it will convert to Christ many unbelievers as they will witness something supernatural. Revelation 11:11 “And after three days and a half the Spirit of life from God entered into them, and they stood upon their feet; and great fear fell upon them which saw them.” The Holy Spirit will raise the bodies from the grave as He did in Romans 8:11 (KJV): “But if the Spirit of him that raised up Jesus from the dead dwelleth in you, he that raised up Christ Jesus from the dead shall give life also to your mortal bodies through his Spirit that dwelleth in you.” So fear will fall on anyone seeing the dead bodies raising from the graves joining with the spirits who descended from Jesus as He returns, but those frighten people will give glory to God and become saved. Revelation 11:13 (KJV): “And the same hour was there a great earthquake, and the tenth part of the city fell, and in the earthquake were slain of men seven thousand: and the remnant were affrighted and gave glory to the God of heaven.” The frighten ones will reign in the thousand-year reign. Zechariah 14:2-4 and Revelation 16:14-16 is the battle of Armageddon and after the battle. Zechariah 14:16 (KJV): “And it shall come to pass, that every one that is left of all the nations which came against Jerusalem shall even go up from year to year to worship the King, the LORD of hosts, and to keep the feast of tabernacles.” We know that eventually not all of them will stay true to the Lord and will follow Satan, as we show scriptures in our book of the events. Those who will turn their back on God will be tormented with Satan in the Lake of Fire with the rest of the dead. The description of the end time scenario of our book is different from the traditional movies and popular interpretations of the rapture. Commonly, movies that took inspiration from popular doctrines portrayed the rapture by omitting the divine sequence of the prophecy - when scriptures are overlooked - and display a scenario of missing people all of sudden, leaving desolate images after that.

So, let the Word of God speaks as it proceeded out of His mouth and as He revealed it to us in a divine and perfect order. Comparing scriptures with scriptures, as taught in 1 Corinthians 2:13, we can be assured that it is God's spirit guiding us in the interpretation of the prophecy to stay firm within the Word that God provided for us.

The interpretation of end-time prophecy is not an easy venture. To make matters worse, most of the authors who have interpreted the metaphors have in fact added their opinions instead of studying the revelations as the Lord intended. So how do we catch the message of the Lord instead of being misled by our own interpretations?
The End of Times can help us to interpret the will of God, since his revelations are written throughout the Word and we need to humbly understand his thoughts. Authors Roy and Julia Burger invite believers to join them in a search through the Bible to uncover the intentions of God behind the symbolism—thus gaining the knowledge of God. They also provide other views that may have gone astray of the Word, comparing scriptures and letting the Word speak for itself.
Colossians 1:10 (NASB) reads “so that you will walk in a manner worthy of the Lord, to please Him in all respects, bearing fruit in every good work and increasing in the knowledge of God.” Because the end times are approaching, now is the time to heed this divine wisdom and listen to God directly.

Roy Burger was born in Great Falls, Montana, in 1960, but he lived most of his life in Southern California. He grew up in foster homes starting at age six, and he went through twelve foster homes by the time he was twelve. And although he was adopted, when he turned eighteen his adoptive parents divorced, prompting Roy to find his biological father and give his life to the Lord. Roy has now been married for twenty-three years and has three children. He has a master’s degree in Christian leadership.

Julia Burger was born in Venice, Italy, in 1960, and she grew up and worked as an elementary school teacher. Not feeling satisfied in life, she took a fateful trip to America in 1992 where she fell in love with the country and began working as an Italian-speaking guide in Los Angeles, California. She also met her husband, Roy, in 1994. She has a master’s degree in Christian ministry. Together Julia and Roy teach Bible study from their home.